Pakistan is small but important country of the world which has huge role in the political world. But on the other side, Pakistan is facing lot problems in these days through which it has become one of the world’s worst countries of the world. Why is that? Last 60 years from its dependence, this country lived in different ruling systems, Dictatorship and Democratic System. Discontinuity of these ruling systems made confuse people of this country that are still confused to decide that which system suits their country. Every ruling time disappointed the public due to which Pakistanis are suffering and also unable to solve these crises.

Terrorism is the major problem that is facing Pakistan which is root cause all problems. It has become more destructive than previous years. Due to this, foreign investment is stopped in the country. Anarchy is everywhere, nobody is certain about the situation that what is exactly going on in Pakistan? Are we fighting against terrorism or we are just seeing the events? Karachi, Lahore, Peshawar, Quetta and all parts of the country are at top hit list of terrorists and they are doing well with their barbarianism. Today or tomorrow Pakistan will have to eliminate terrorism from country Otherwise it would become another Somalia on the map of the world.

Poverty is also the 2nd organizations, about more than 60% population of Pakistan is under line of poverty. Even they are facing lot of difficulties for daily food. Every govt that ruled Pakistan was failed to facilitate these poor people but they facilitated to rich men to increase their wealth which is present in foreign banks. All these poor people of Pakistan are still seeing towards govt but Govt. is really busy in their political affairs and foreign tours.

Energy Crisis is also another major issue of the country. Today Pakistan is facing all type of energy crises like electricity shortage, gas shortage etc. All these crises have made hell of people lives. So, Pakistani Govt. should also resolve this issue on priority basis.

Pakistan’s economy is in worst condition ever in its history. Today it is declining fast and bank reserves have decreased up to just 5 Billion Dollars from 14 billion dollars which is really small amount. Many economic analysts say that if Pakistan won’t stable its economy then there will be very deadly consequences. but also major problem of Pakistan. According to recent survey of many 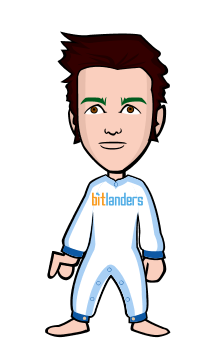 Definitions: The classic definition of culture given by Sir Edward Tylor as early as in 1871 and whi…

4 Things You Should Do If You Were To Die Tomorow

Thank Your Parents. This have to begin with your parents. It does'nt matter how things goes with you…