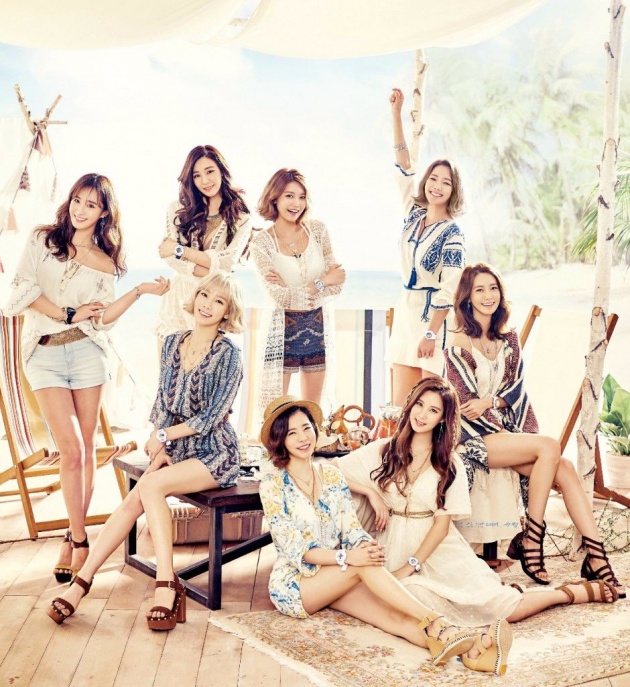 SNSD stands for Sonyeoshidae which means Girl’s Generation. They were originally 9 but lost 1 member.  I love them because I just like almost all of their songs but unfortunately they lost a member which I really love and I was really heart broken at that time and to tell you honestly I cried because of it :’(. If you are a kpop fan especially to those groups who lost members like Super Junior, EXO and etc. you will get what I’m saying here :( Especially with their “Catch Me If You Can” Music Video, because when Girls Generation first filmed their Music Video, Jessica was still part of the group but unfortunately before releasing the Music Video Jessica left so the other members have to film the music video again without her. So there are two Music Videos of “Catch Me If You Can” the one with Jessica and the one without her. I will be showing to you the videos below and I will share how I knew each member below :)

Watch the “Catch Me If You Can” With and Without Jessica Jung below! :’(

Video Credit: THE WOLF Of dream KPOP via www.youtube.com

There is a separate file of each video, this is without jessica from SMTOWN on Youtube -> https://www.youtube.com/watch?v=b09U0KLv6I4 and this is the one with Jessica from MGWORLD Unofficial Channel on Youtube -> https://www.youtube.com/watch?v=WwriuJ_qCDM , check out the changes in their hairstyles, their clothes, especially their lines in the song, how they distributed Jessica's lines to the other members. 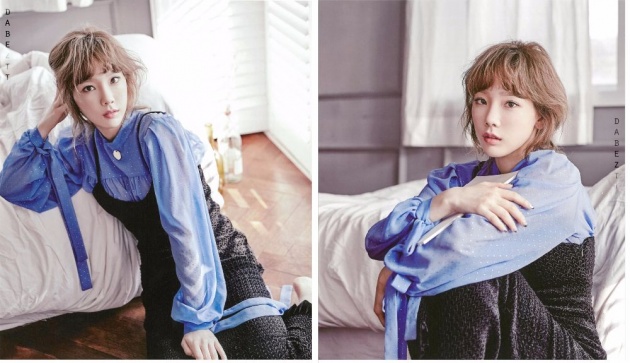 Kim Tae Yeon is the Leader and the Main Vocalist of the group. She has an older brother named Kim Ji Woong and a sister named Kim Hae Yeon. Taeyeon’s parents are both connected to music because Her father was a vocalist in a Band and her mother won Children Song Competitions when her mother was young. She was born on March 9, 1989 which makes her the oldest member.

I knew Taeyeon because he dated EXO’s Baekhyun with is one of my favorite members in EXO. But recently there was a news that they already broke up. Taeyeon is part of the subgroup “TTS” with co-members Tiffany and Seohyun. She released the album “I” on October 2015 and that makes Taeyeon the First Girls Generation member to have a Solo Debut. 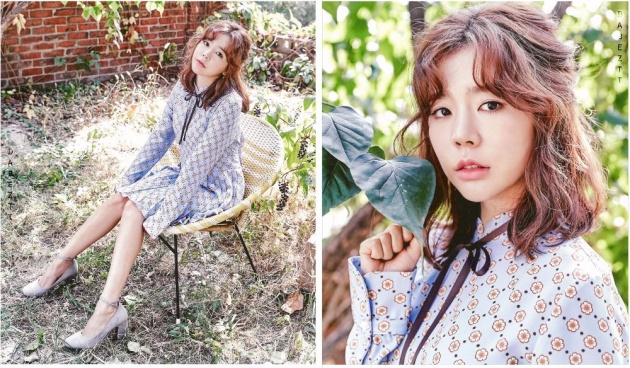 Lee Soon Kyu or also known by her stage name “Sunny”. She is the Lead Vocalist in the group. She has 2 older sisters named Lee Eun Kyu and Lee Jin Kyu. All of them were born on May 15 but with different years. Her Uncle is Lee Soo Man which is the SM Entertainment’s President. Sunny was born on Los Angeles, California and later moved to Kuwait and then moved back to Korea because of the Gulf War.

Sunny trained for 5 years before becoming  part of “Sugar” but the duo never debuted and got disbanded. She acted in the musical theaters like “Singing in the Rain” and “Catch me if you Can” in Japan and Korea. 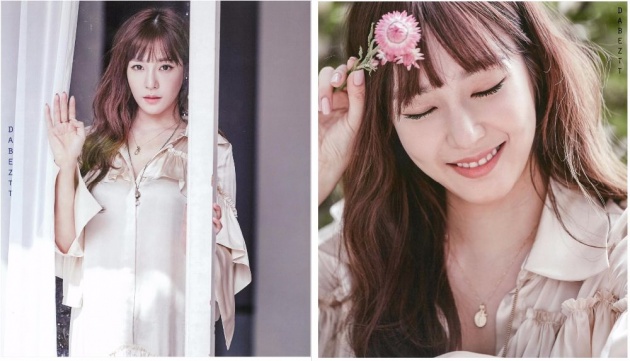 Hwang Mi Young also known as Tiffany is the Lead Vocalist and Rapper of the Group. Her English name is Stephanie Hwang. She was born on San Francisco, California on August 1, 1989. She has an older brother named Leo and an older sister named Michelle. Jessica and Tiffany are born at the same hospital in California.

Tiffany dated 2pm’s Nichkhun. She is a part of the subgroup “TTS” with Taeyeon and Seohyun. She released and album entitled “I Just Wanna Dance” on May 2016 which makes Tiffany the Second Girls Generation member to have a solo debut. 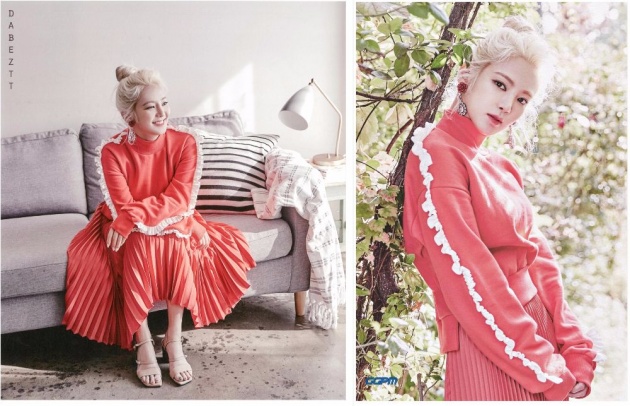 Kim Hyo Yeon is the Main Dancer, Main Rapper and a Vocalist in the Group. She is also known as the Dance Machine of the group. She can memorize a dance routine or move by just watching it once or twice. She learned Ballet, Jazz, Hip-Hop, Belly Dancing, Popping and Locking. Hyo Yeon has a younger brother named Kim Min Gu. She studied Chinese in Beijing along with Super Junior’s Siwon on way back 2004. She released her first solo song on December 2016 entitled “Mystery”.

Hyo Yeon was my first bias in the group but as I continue to gather information about each one of them I liked Jessica and Tiffany more but I really like Hyo Yeon too. She was born on September 22, 1989 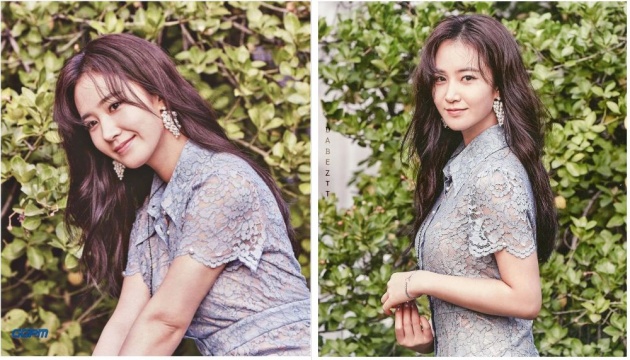 Kwon Yu Ri is the Lead Dance, Lead Rapper and a vocalist in the group. She has an older brother named Kwon Hyuk Jun. Yuri has the best body in SNSD. She had a relationship with Oh Seung Hwan a baseball player. Yuri participated in the Dramas “Unstoppable Marriage” on 2007, “Kill Me, Heal Me” on 2015, “Local Hero” on 2016, “Innocent Defendant” on 2017 and many more. Yuri and Seohyun released a song via SM Station entitled “Secret” on August 28, 2016. She was born on  December 5, 1989. 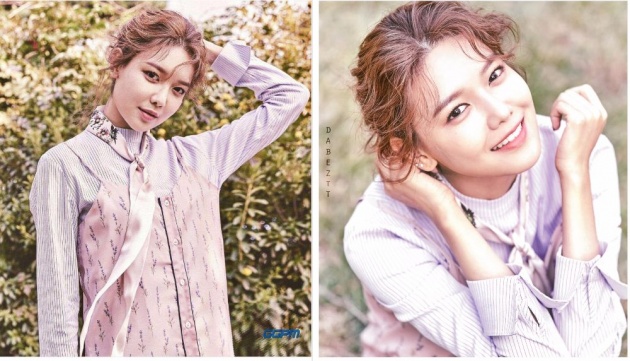 Choi Soo Young is the Lead Dancer, Lead Rapper and a Vocalist in the Group. She was born on February 10, 1990. She has an older sister who is a Musicl Theather Actress named Choi Soo Jin. Before, Soo young was a part of a Korean-Japanese singing Duo with Marina Takahashi. She can speak Japanese fluently. She is the biggest eater if SNSD ans is a huge fan of Baseball. She is one of the members who cries easily. For me Soo young is the 2nd most beautiful member among the group (my 1st is Tiffany). 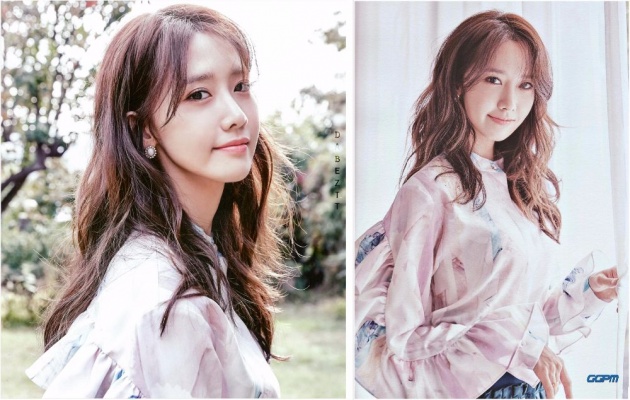 Im Yoon-A is the Lead Dancer, Rapper, Vocalist and the Visual of the group. She was born on May 30, 1990. She has an older sister. She doesn’t know how to swim and she likes bowling. Her favorite season is Winter. Yoona said that she has more confidence in dancing and acting rather than singing. She had an relationship with Actor Lee Seung-Gi. 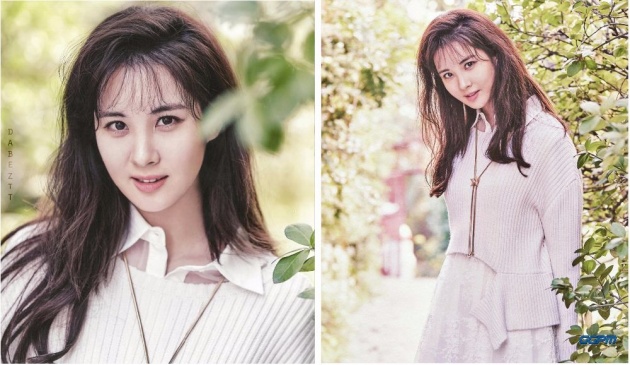 Seo Joo Hyun also known as Seo Hyun is the Lead Vocalist in the Group. She is part of the subgroup “TTS” with Tiffany and Taeyeon. She was born on June 28, 1991 which makes her the youngest in the Group. Seo Hyun is an only child. She hates hamburgers and really loves potatoes. She released a Solo Album entitled “Secret” and she became the 3rd members in the group to have a solo debut.

I liked Seo Hyun more because of her We Got Married. She was paired with CN Blue’s Leader Jung Yong Hwa and they were called “Sweet Potato Couple” or “YongSeo Couple”. I really like their WGM because they were still young in the industry especially Seo Hyun, at that time she never tried acting yet and it was her first reality show. I can sense that her feelings were genuine, at the last episode of their WGM she even CRIED!! (and it made me cry too) Of all We Got Married couples I watched YongSeo is my Favorite <3 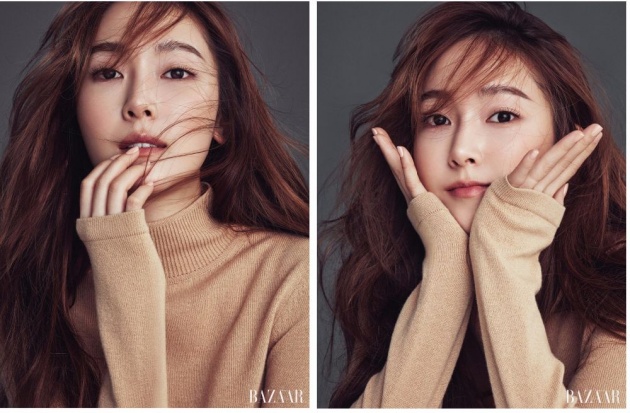 Jung Soo Yeon was the Main Vocalist in the Group. Her English name is Jessica Jung. She was born on San Francisco, California on April 18, 1989. F(x)’s Krystal is her younger sister. She cries when she is angry. She can speak English fluently.

This is where my blog ends! Hope you enjoyed reading it and Thank you! Don’t Forget to Subscribe and Buzz :D Stay tuned for more blogs about some South Korean Girl Groups! :)

A grade 12 student who loves to travel, listen to music and watch movies.