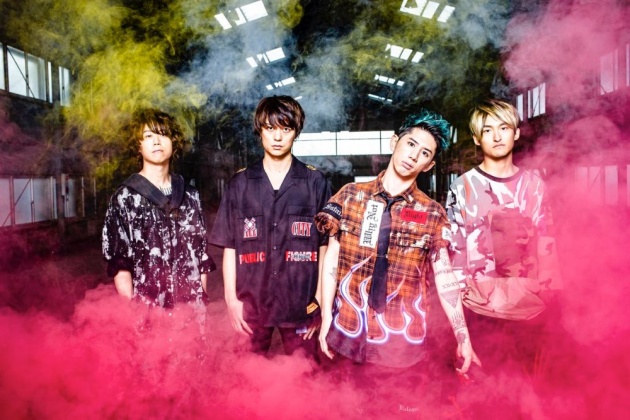 Popular in Japan, they gained international attention after singing songs for the Rurouni Kenshin films making ONE OK ROCK among the most popular Japanese band locally and internationally. They are known for their spectacular, energetic, and all-out performances especially on their live shows which keeps fans coming back to see them.

The band's name was derived from "one o'clock" which is their practice time when they were starting the band. The Japanese alphabet doesn't have a letter "L", so "one o'clock" is then pronounced as "wan oku rokku" (ワンオクロック) which became ONE OK ROCK. Most non-Japanese fans, however, pronounce the band's name as ONE OK(okay) ROCK. Some fans are confused of the proper pronunciation but either way is fine. 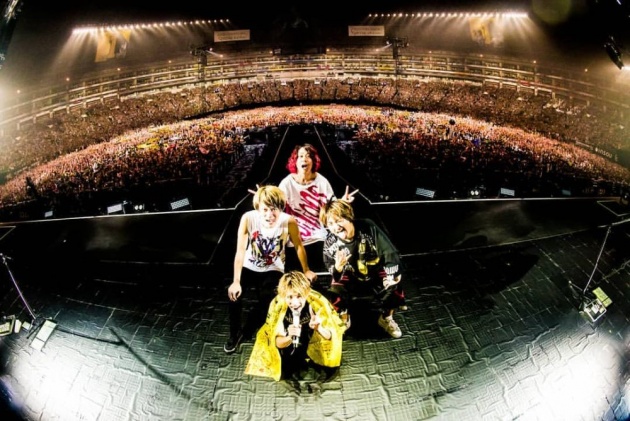 They've done several shows on various arenas and stadiums in Japan like the Saitama Super Arena (fourth largest indoor arena in the world), Yokohama Arena, Yokohama Stadium, Nippon Budokan, Makuhari Messe, and many others. Last 2018, ONE OK ROCK ended their Ambitions album tour ambitiously with a dome tour on four venues particularly Nagoya Dome, Kyocera Dome, Fukuoka Yahuoku! Dome, and Tokyo Dome. Apart from that, the band has also done a concert tour with orchestra last year. They also perform on music festivals in Japan and are usually the main acts for the festival. ONE OK ROCK were also invited to perform on overseas music festivals like Vans Warped Tour, Download Festival, Reading Festival, and others.

Due to popularity, tickets gets sold out immediately especially on their shows in Japan. They've also have several sold out shows on their tours in United States and Europe. Their Ambitions Asia Tour in Taiwan last January 2018 was also sold out.

Signing with international labels paved way for ONE OK ROCK to collaborate songs with international artists like Kellin Quinn, Alex Gaskarth, 5 Seconds of Summer, Avril Lavigne, Mike Shinoda, and Kiiara. They also did shows together with some international bands and was even lined up to be the special guest on Linkin Park's One More Light Tour in Japan last 2017 but was canceled due to Chester Bennington's death.

ONE OK ROCK currently has 9 studio albums, and 23 singles.

EYE OF THE STORM 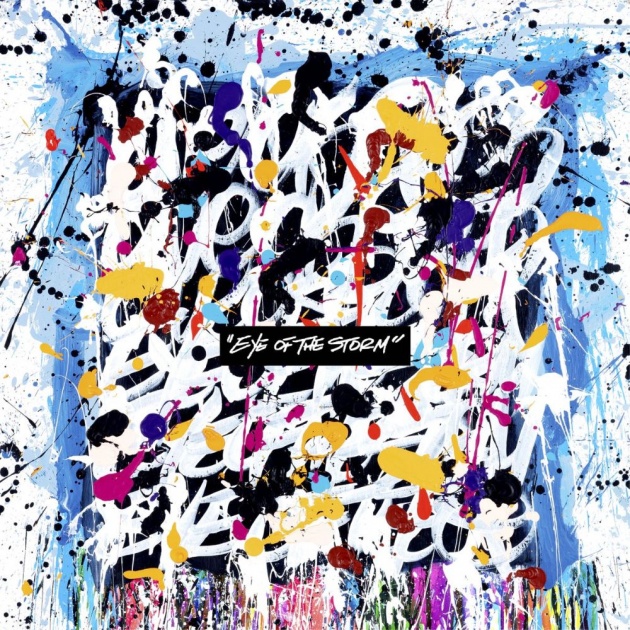 Eye of the Storm is ONE OK ROCK's 9th and latest album released last February 13th in Japan and February 15th for its international release. The album has 13 songs and is their 2nd album with Fueled by Ramen. The release comes in two versions, Japanese and English. In the English album, the 12th song from the Japanese album entitled "Can't Wait" was replaced by the song "Unforgettable".

Three singles to support the album was released prior to the official album release date. First, is "Change" (released on February 16, 2018) which was used for the advertisement of HondaJet. Second, is the song "Stand Out Fit In" (released on November 24, 2018) which was also sung in orchestra version during their Orchestra Tour in Japan last 2018. Third, is "Wasted Nights" (released on January 31, 2019) which will be the soundtrack for the upcoming Japanese film, "Kingdom". These three songs are also the only songs from the album with music videos.

ONE OK ROCK only collaborated with one artist for this album, Kiiara, for the song "In The Stars" which was the theme song for the Japanese film "Fortuna no Hitomi". When it comes to the album's producers, their former producer/composer and friend Jamil Kazmi is again involved with most of their songs. The band was also proud and thankful to have worked with Poo Bear for their song "Head High". Poo Bear is a popular producer who have worked with huge artists like Justin Beiber. 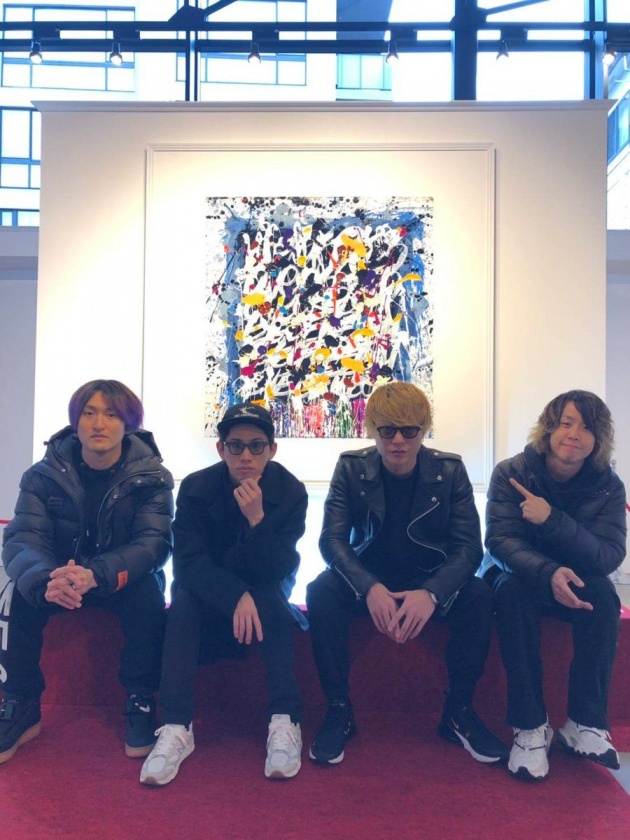 Eye of the Storm's album cover art was made by JonOne, an American graffiti artist. I read an article before where Taka mentioned that he saw JonOne's art while they were on tour and he thought that his art would be perfect for their album. A few days before the album release, an exhibition named "One Museum" featuring JonOne's art work for the album was opened in Japan for everyone to see it up close.

ONE OK ROCK, THE SECOND CHAPTER 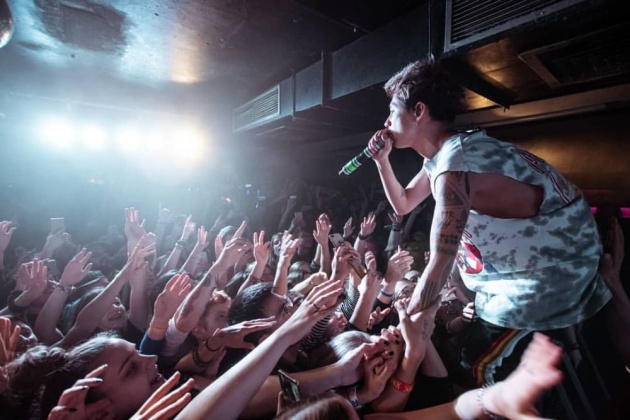 Long before the release of their 8th album "Ambitions", ONE OK ROCK has already mentioned their goal to explore and challenge themselves to create music beyond their comfort zone. They described Ambitions as the beginning of the second chapter in their music journey and Eye of the Storm was the continuation of it.

ONE OK ROCK has been known and loved by their fans for years because of their alternative, punk, and emo rock style of music, but the two recent albums, especially Eye of the Storm, made most of the fans raise an eyebrow. Some fans were complaining that ONE OK ROCK's music has now turned into pop and also calling the latest album as the weakest album by the band. Their music which sounded less rock but more pop and electronic was very unusual for fans because they've known the band for their lively, energetic, and headbang-inducing music.

The new style of music was questioned a lot but Taka had been very vocal about the band's shift in music style even before the release of the Ambitions album. They wanted to grow as a band and that means creating new music, though he mentioned that their current music will still have its roots to rock. ONE OK ROCK's current main goal is to expand their horizons and get a break through in America and other countries.

In an interview with Rob Herrera, Taka told that rock music is almost dead so he wanted to bring back rock music to the world. On other interviews, he told that their music style may differ a little but it is still rock, nonetheless. Disney, Queen, and musical songs like those in the film "The Greatest Showman".

THOUGHTS ON EYE OF THE STORM 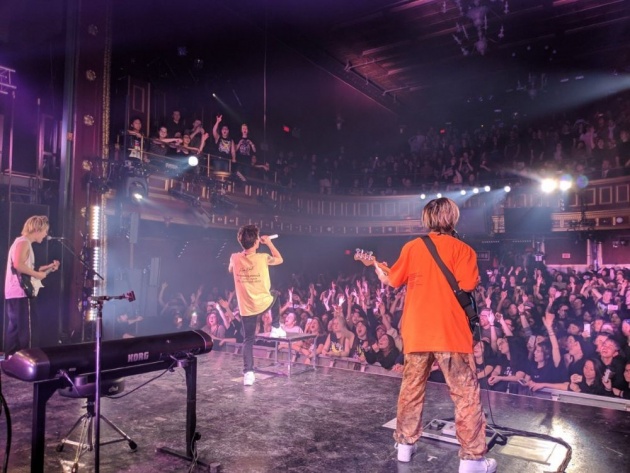 The Eye of the Storm is definitely a different kind of music from ONE OK ROCK. I was looking forward so much to their album and was expecting a comeback to their usual music style because of the album art but I was wrong. Honestly, the new album was nice but didn't give me much hyped feeling since the music style which I loved from this band was missing. Most songs just sounded the same for me, the first time I heard it. Well, except for Change and Stand Out Fit In which I already heard several times. These two songs are good especially the orchestra version of Stand Out Fit In.

Expressing my slight disappointment doesn't mean I dislike the album. It was indeed a breath of fresh air from their usual music and it will be something I would listen to when I want to listen to their American style of rock. Other songs I like from this album are "Eye Of The Storm", "Push Back", "Unforgettable", "In The Stars", and "Wasted Nights". "Can't Wait" is also a nice song. There was a part in the song Wasted Nights which sounded like Owl City's song, "Lucid Dream". Meanwhile, the song I like least from the album is "Grow Old Die Young" because of a line from the song. I know it won't bother some but it does for me.

In regards to the band's next chapter of music, I am very happy that they are aspiring and continuing to spread their music internationally. ONE OK ROCK is no doubt very popular in Japan and they could just stay in their own country if they wish buy they chose to go out and share their music to the world. As a fan, I am proud of the path they are taking. They are not only making their name known but they are also representing the name of their country wherever they perform.

EYE OF THE STORM WORLD TOUR 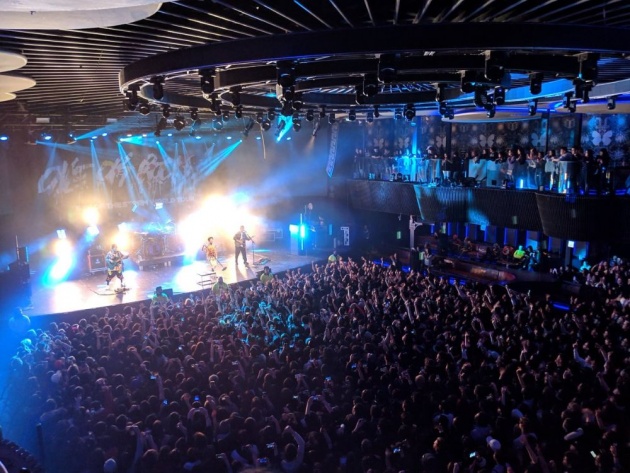 The Eye of the Storm World Tour kicked off a few days after the album release. They are currently on their North America Tour until March 30 with Waterparks and Stand Atlantic as their special guests. People who have attended their show said that it was still good but not as wild as ONE OK ROCK's former concerts. 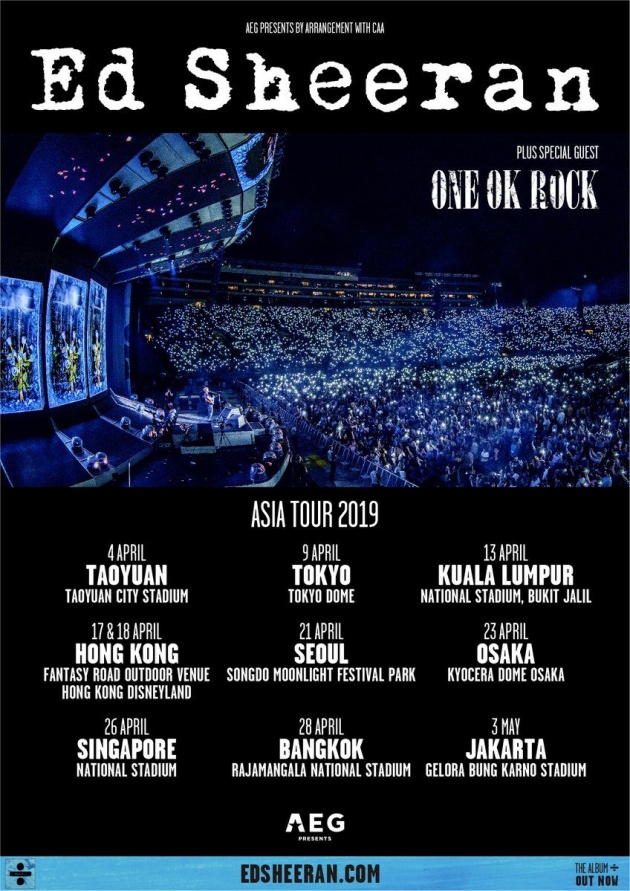 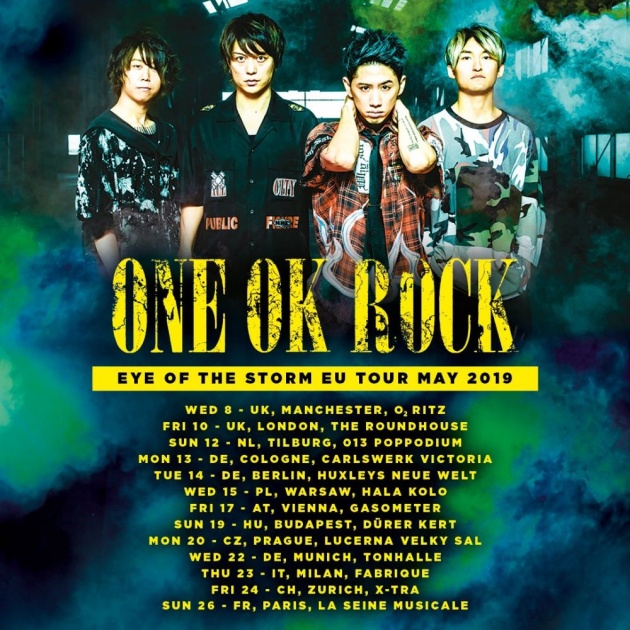 After guesting on Ed's Asia Tour, the band will resume their album tour on Europe from May 8 to 26. Asia Tour and Japan Tour are yet to be announced though hopefully the Asia Tour won't come next after their Europe Tour because the months after May in the Philippines is the start of rainy season. (Typhoons and heavy rain are always a hassle, right?) 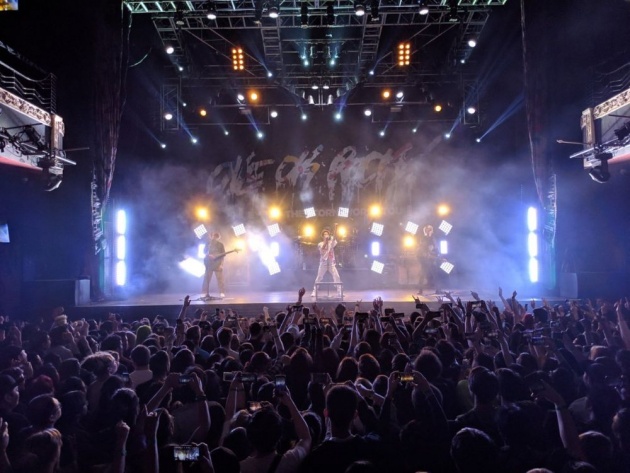 ONE OK ROCK's Eye of the Storm album may have divided the opinions of fans but it is certainly a new flavor to their music and much needed to reach their American dream. As a fan, I am looking forward and excited of this dream coming true. It may take awhile but I believe it is not impossible because they surely can. Despite the changes in style, ONE OK ROCK still rocks with their songs. This only shows how versatile, brave, and amazing this band is. They can fit in to any style of music needed and still stand out.

Listen to the Eye of the Storm album on Spotify and iTunes, and watch their music videos on their official Youtube channel.