One who is lazy will never prosper in life

There was once a widow who had two daughters one of whom was beautiful and industrious and the other ugly and lazy. She behaved most kindly, however, to the ugly one cruelly to the other because she was her stepdaughter and made her do all the hard work and live like a kitchen maid. The poor maiden was forced out daily on her highroad and had to sit by the well and spin so much that blood ran from her fingers. 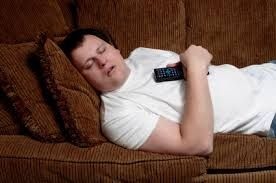 Once it was happened that her spindles became quite covered with blood so kneeling down by the well she tried to wash it off, but it fell down due to her misfortune. Her mother scolded her terribly and behaved very cruelly and at last said, “Since you have let your spindle fall in, you must yourself fetch it out again!”


Then the maiden went back to the well not knowing what to do and, in her distress, she jumped into the well to fetch the spindle out. As she fell she lost consciousness and when she came to herself again she found herself in a beautiful meadow where the sun was shining and many thousands of flowers blooming around her. She got up and walked along till she came to a baker's house where the oven was full of bread which cried out, "Draw me, draw me or I shall be burnt. I have been baked long enough." So she went up and taking the bread-pan, drew out one loaf after the other. Then she walked on further and came to an apple tree whose fruit hung very thick and which exclaimed,”Shake me, shake me. The apples are all ripe!" So she shook the tree till the apples fell down like rain and when none were left on, she gathered them all together in a heap and went further.


At last she came to a cottage out of which an old woman was peeping, who had such very large teeth that the maiden was frightened and ran away. The old woman, however, called her back, saying, "What are you afraid of, my child? Stay with me…if you will put all things in order in my house, then shall all go well with you. Only you must take care that you make my bed well and shake it tremendously so that the feathers fly…then shows upon earth. I am Old Mother Frost.” As the old woman spoke so kindly, the maiden took courage and consented to engage herself in her service. Now, everything made her contented and she always shook the bed so industriously that the feathers blew down like flakes of snow…therefore her life was a happy one and there were no evil words and she roasted and baked many times everyday.


For sometime she remained with the old woman… but, all at once, she became very sad and did not herself know what the matter was. At last she found she was homesick and although she fared a thousand times better than she did when she was at home, still she longed to go. So she told her mistress, "I wish to go home", and the mistress then said. "Since you have served me so truly, I will fetch you up again myself." So saying, she took her by the hand and led her before a great door which she undid and when the maiden was just beneath it, a great shower of gold fell and a great deal stuck to her so that she was covered over and over with gold. “That you must have for your industry", said the old woman, giving her the spindle which had fallen into the well.


The maiden related all that had happened and when the mother heard how she had come by these great riches, she wished her ugly, lazy daughter to try her luck. So she was forced to sit down by the well and spin and in order that her spindle might become bloody, she pricked her finger by running a thorn into it and then, throwing the spindle into the well, she jumped in after it.


Then like the other, she came upon the beautiful meadow and traveled on the same path. When she arrived at the baker's, the bread called out, "Draw me out, draw me out or I shall be burnt. I have been baked long enough.” But she answered. "I have no wish to make myself dirty because of you", and so went on.


Soon she came to the apple tree which called out, "Shake me, shake me…my apples are all quite ripe." But she answered. "You do welcome me…perhaps apples will fall on my head and so she went on further. When she came to "Old Mother Frost's" house she was not afraid of her teeth for she had been warned and so she engaged herself to her. The first day she set to work in earnest was very industrious and obeyed her mistress in all she said to her for she thought about the gold which she would present to her. On the second day, however she began to idle…on the third, still more so and then she would not get up in the morning. She did not make the bed either as she ought to and the feathers did not fly. So the old woman got tired and dismissed her from her service which pleased the lazy one very well for she thought; "Now the gold-shower will come."


Her mistress led her to the door…but when she was beneath it, instead of gold, a tubful of pitch was poured down upon her.


"That is the reward for your service", said "Old Mother Frost", and shut the door. Then came lazy-bones home, but she was quite covered with pitch and the cock upon the house when he saw her, cried…


But the pitch stuck to her and as long as she lived, would never come off again.


MORAL : One who is lazy will never prosper in life.

HOW TO BE A PRODUCTIVE PERSON

HOW TO BE A PRODUCTIVE PERSON Hi! Good day to all of you fellas! I'm here to share some of my insigh…

9 Famous People Who Will Inspire You to Never Give Up

J.K. Rowling had just gotten a divorce, was on government aid, and could barely afford to feed her b…