Just 6 or 7 years ago we were talking about the change from analog cinema to digital cinema and we were having theoretical discussions about what was or not cinema. Today that problem is really a past thing, and even recognized filmmakers started to work with dslr cameras. A couple years ago the discussion was in other theme related to the movies, the distribution.

I remember that when I was making my thesis to have my academic degree, I just hear from my producer Yeniffer Fasciani about the chance to distribute on-line. In that moment the most accepted way to distribute films and short films was through films festivals or screenings and there was just a few information about on-line distribution, also there was a lot of distrust from filmmakers to put their movies on the web.

Today the things are really different and on-line distribution is a solid extension of a cinematographic work. And I´m not just talking about to put the films on "pay to see" sites, because with on line distribution bring us earnings that go beyond money. The actual situation about on-line distribution give us an entire different world and I´m going to tell you about my three favorite features about this way to move movies.

For one side we have the chance to upload our movies without the restriction about an "official selection" and also there´s not minimum or maximum running time, we just need to have a technical standard. Another important thing to say in this point is that genre is not a problem, internet has an audience for all kind of contents, from art videos to deeply emotional documentaries, passing through music videos and educational content. In any case I´m saying that this is better than screen movies in film festivals or similar events, but certainly(from my point of view), our independent films do not need to wait 4 or 5 years hided until their finish their "festival road", nowadays in a lot of cases film festivals are allowing movies that are on line(with exception of A class film festivals). 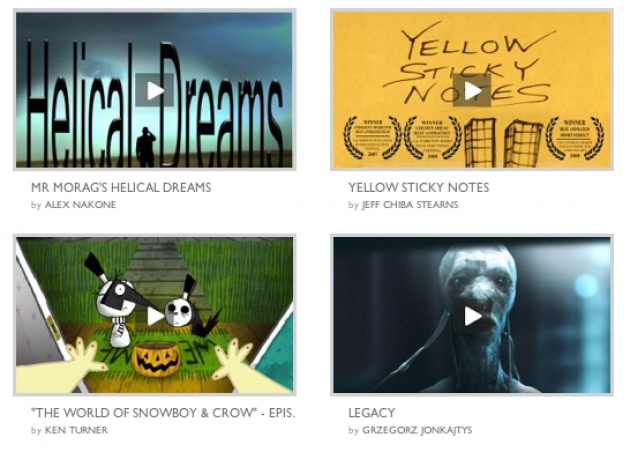 In other side we have the real possibility to give and receive feedback from the directors, producers, screenwriters and even from actors of the independent films that we see on-line. That is one of the great things about internet and this feature goes more deeply and is related to an entire different a important modern feature of our world, I´m talking about social networks and his real power to communicate ideas. I´m not an expert about this and this is going to be sound a kind of cliche, but to have the possibility to communicate anything you want (with responsibility) in a direct way with other people that is going to able to give you an answer is something awesome. Fereshteh Forough take this to another level and here you can find some of her blogs about this themes. (blogging, digital media, twitter).

And the third feature that I enjoy from online free movie distribution, specially in a site like Filmannex, is the relation with filmmakers around the world. Relation with filmmakers. When I started to use this site, I was just looking for a site to screen my shorts on internet, but with the pass of the years FA starts to became an emerging filmmakers niche that are in the same frequency, with different styles and different points of view, but in some way trying and giving their best all around the world to keep the same dream: "make movies". In the case of FA you started to feel that you are part of growing up family where you can identify each integrant and see his/her progress and life story, is the case of a lot of independent filmmakers here like Amy Hill, Lisa Stock, Alex Nakone, Mark Kuczewski, Charles Pieper, Ken Turner , Miguel Angel Font Bisier, Sorcha Anglim and many others that stand out on the platform.

Well, the invitation is done  about on-line distribution and I hope you enjoy reading this blog, thanks!