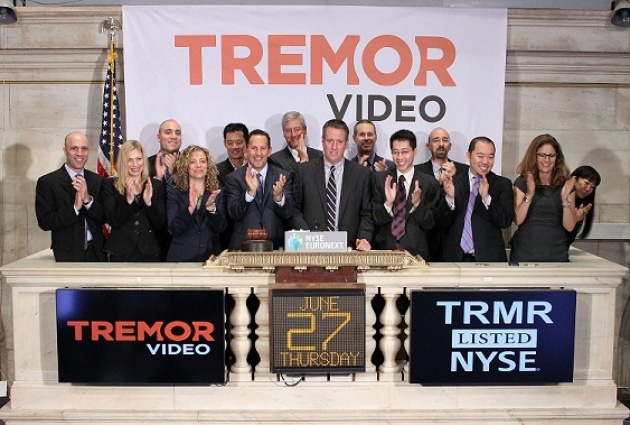 Congratulations to Tremor Video, an online video advertising company located in New York City, New York, on theirinitial public offering! Their IPO was held on Thursday, June 27th as they joined the NYSE with stock symbol TRMR. Tremor is an online video advertising company that works to engage consumer across a variety of different platforms, from mobile to traditional desktop spaces.

Tremor’s primary product is VideoHub, which optimizes video advertising campaigns. The system analyzes video content, discerns viewer and system information and pulls from available data to ensure that relevant ads are shown. The system also comes along with powerful analytic and metric measurement tools for advertisers and agencies. The company has worked with powerful industry players like P&G, Honda and Marriott.

“Congratulations to Tremor Video on a successful IPO. We’re excited to see how your new status as a public company will help you develop new and exciting video advertising technology both for desktop computing and for mobile. I am very proud to be one of the early publishers of the company and our relationship goes back to 2005 at the very beginning of Tremor's work.”

Tremor’s IPO is well-timed given the growth in online video advertising. According to an article in AdAge, video ads will grow 41.4% to reach $4.09 billion while mobile ad spending may more than double from $244 million to reach $518 million. The opportunity for a return on investment is huge in the industry - although traditional television advertising continues to grow, it’s currently growing at a rate of less than 3% per year.

Congratulations to Tremor for a successful IPO. Their success in developing a company with the capability to go public is a testament to the company’s continued success in leading the video advertising industry to new heights.