Today I wanted to take a break from talking about  screen writing, and just pay respect to the crew members who worked on my latest short film "Ouroboros". Its a wonderful technical skill and craft to create beautiful visual cinema. I was blessed to work with Dave Gregan, an experienced cinematographer and  Yehuda Tatarko, a gaffer who has worked on some 50 plus feature films on the international film-making scene who just so happened to be in Adelaide, South Australia, the time we were filming Ouroboros. The following photo shows Yehuda on the left and Dave on the right  one night on set on Ouroboros and the blog below details all the technical details for the "tech- heads"! [check out how they made the film perfectly match the storyboard vision] 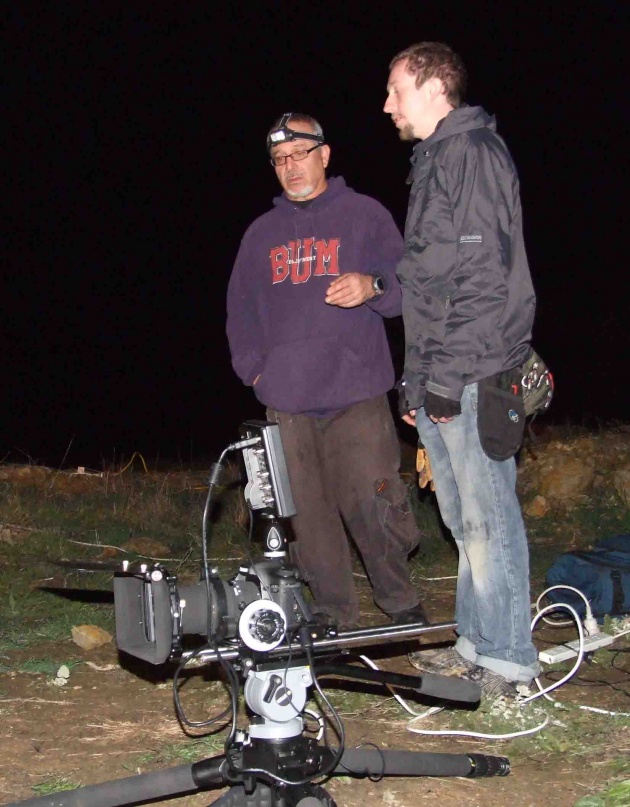 Ouroboros was shot on the Canon EOS 7D DSLR camera, for its low light capabilities, using 10-20mm, 25-75 mm and 100 mm Sigma and Canon lenses. The camera was mounted with a Pro- am follow focus unit and genus Matte box, with an Ikan V800 monitor on a Miller DS 20 tripod throughout all stages.

A 20,000 Watt generator with 3 phase power was used in stage one. Several lights were used including 2 Blondes, 4 Redheads, and 2 Dido and 1Kino flo light. A Digi Dolly was utilized in some shots. Two smoke machines were used throughout. Aesthetically, Dave Gregan and the Gaffer, Yehuda Tatarko, aimed to firstly justify the light sources in this dark scene which came from both the parked car headlights and moonlight with the use of smoke to capture this. Secondly, Dave wanted to create a “contrasty” look similar to the Cohen’s brothers’ “No Country for old men” night scenes. He was aware that all shots were going to be altered to black and white in post-production so was continually checking the monitor black and white function, but continued to shoot in colour as this was needed to attain the “Sin City” colour grading in post-production.  An additional difficulty was encountered on the first night of production when the reverse sequences were shot in forward motion and the reversed in post. Dave worked closely with Director Alex Nakone and first AD, Andrei Gostin with the storyboards created by Alex in pre-production. 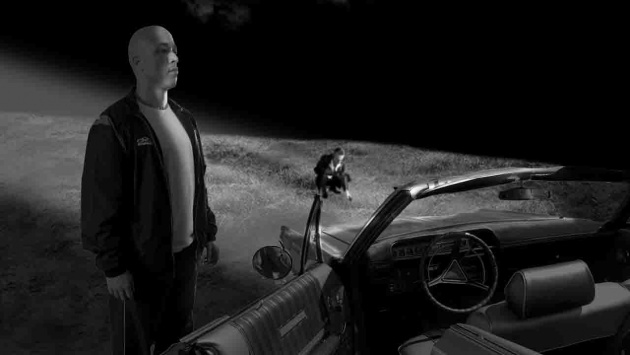 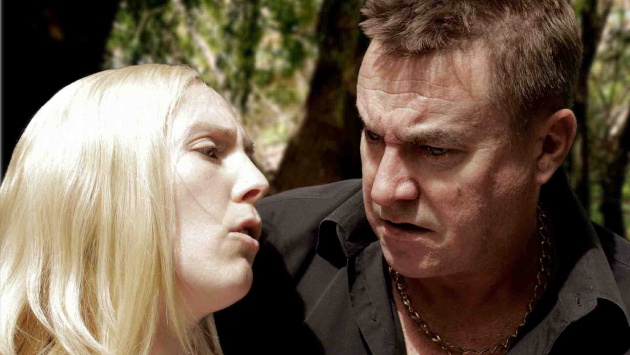 The second stage required reproduction of the same lighting conditions which emulated stage one. This required careful visualization as the actor, Raphael Felix was suspended downwards and then the composition was rotated 180 degrees on the horizontal axis, in post-production. 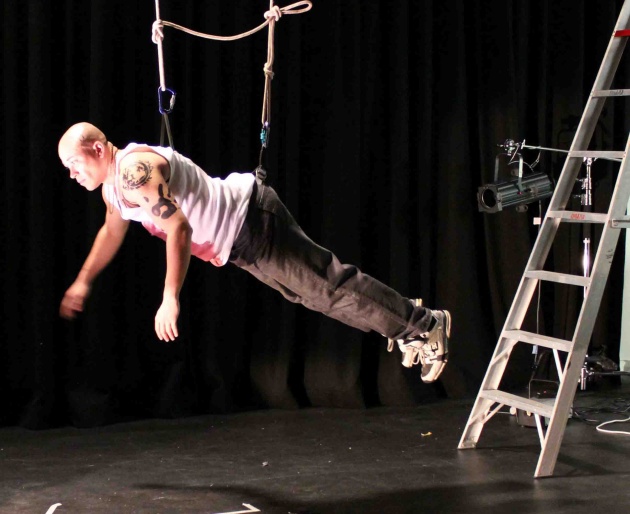 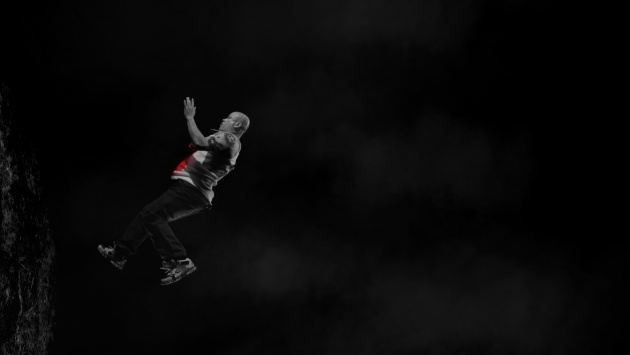 The third stage again utilized a 20,000 watt 3 phase generator for this outdoor shoot. Lights included an Arri 1.2K, 2 Kino Flo Diva lights and hard board reflectors. A fog machine was planned for but due to the wind conditions was not used. Several 4 x4 inch Neutral Density filters ranging from 0.3 to 1.5 were used in the Genus matte box. A homemade camera slider was employed in one shot but abandoned due to heavy wind conditions causing camera wobble. Aesthetically, Dave recognized that the intention was to saturate the colours in post , so shot the scene using flat picture settings on the Canon 7D. In post- production, the colour levels were compressed increasing the overall contrast and colour saturation, and greens were added.