“The story of the Montreal Protocol highlights the benefits of pursuing an inclusive green economy. With the global phase-out of 98 per cent of ozone-depleting gases in consumer, industrial and agricultural products, the ozone layer is now on track to recover over the next five decades.  Millions of cases of skin cancer and eye cataracts, as well as the harmful effects of ultraviolet radiation on the environment, have already been avoided.  The Protocol has also catalysed considerable innovation in the chemical and equipment manufacturing industry, resulting in more energy-efficient and environmentally friendly refrigeration systems, according to UNSG Ban Ki-moon speaking on the International Day for the Preservation of the Ozone Layer. The date commemorates the date of the signing, in 1987, of the Montreal Protocol on Substances that Deplete the Ozone Layer, which aims to protect the ozone layer, (the thin layer of gas that protects the Earth from harmful spectrum of the sun’s rays), by taking measures to control total global production and consumption of substances that deplete it, with the ultimate objective of their elimination. 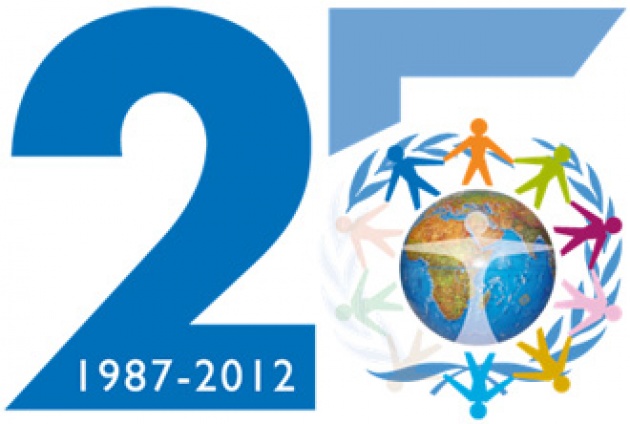 The Secretary General’s message continued: “A quarter-century ago, one of the greatest challenges facing humanity – the thinning of the ozone layer that protects life on Earth from the harmful ultraviolet rays of the sun – led to what is arguably the best example yet of global cooperation on an environmental issue.  The Montreal Protocol on Substances that Deplete the Ozone Layer is not merely a success in meeting its immediate objectives, it offers substantive lessons and inspiration in addressing other global challenges and turning them into opportunities for common progress. Action under the Protocol has also had significant climate benefits.  Many of these substances have been phased out, such as chlorofluorocarbons once used in products such as hairsprays, which are significant greenhouse gases.  Nonetheless, the challenges are not over.  Governments must maintain their commitment to finish the job and avert additional problems.  The use of hydrofluorocarbons – ozone-friendly chemicals that are also powerful greenhouse gases – is growing rapidly to replace ozone-depleting substances. Also Read: “Saving Environment Saves Lives”. World economic growth does not have to suffer as consequence of environmental efforts, but even to the contrary.It is also probable as well as possible that this environmental transformation is an example how new replacement industries can become sources of economic growth.

“The Montreal Protocol has demonstrated that fundamental principles – such as science-based policymaking, the precautionary approach, common but differentiated responsibilities, and equity within and between generations – can benefit all nations.  On this International Day for the Preservation of the Ozone Layer, I congratulate all who have made the Montreal Protocol such an outstanding example of international cooperation.  And I urge Governments and all partners to apply the same spirit to the other great environment and development challenges of our times.  (Read ‘Curbing Soot & Smog Pollution Multiple Benefits-UN’ ). Together, we can achieve the future we want.”