Here I am with another Blog. In this blog, I m going to let you know, about the marriage ceremonies of my country. How the events of marriage happened there. People arrange marriages on the great scale there, where five to six days are arranged for celebrating different ritual and customs. I m going to elaborate some of the major events or traditions of each Pakistani family in this Blog.

" Marriage basically is a bonding  or a promise between two people. Two people promise or make a contract with one another to be to-gather for their whole life. They make a deal to share each sorrow and smile. Under their families, they are contracted happily. "

Pakistani marriage is quite different from the ones happen in Europe and other Non-Muslim countries. There two people are said to be husband and wife, after having NIKAH. Different events are arranged by the families of bride and groom. These events occur in a series of steps. Different ritual with a source of entertainment is come to see. This marriage happens not only between the two people, but it’s a relation between both the participating families of bride and groom. Both families to-gather celebrate this happiest moment of girl and boy.

The first step after searching the bride and groom is the engagement. That mostly happens in our culture, but some of the families skip this also. It’s basically an agreement between the families that now both these would get married soon. It a very small event occurs in the presence of a just a very few close members of both the bride and groom family.

Rings are exchanged between both of them. Both individuals are given gifts and blessings by the elders. The parents of both of them finalize the date of the marriage. Most often there is a gap of one year or two between engagement and marriage.

"Henna (Arabic: حِنَّاء‎‎) is a dye prepared from the plant Lawsonia inermis, also known as hina, the henna tree, the mignonette tree, and the Egyptian privet,[1] the sole species of the Lawsonia genus.Henna can also refer to the temporary body art (staining) based on those dyes (see also mehndi). Henna has been used since antiquity to dye skin, hair and fingernails."

Rasm e henna is derived from HENNA. The powder of that plant is used to make a paste and then apply it on the hands. This custom is followed by every Pakistani family. This event occurs a few days before the main event. Both families arrange that event on their own house individually. All relatives are invited to be a part of these memorizing days. Elders,  youngsters and children everybody be a part of this. Friends and neighbors are also invited.

The bride put on yellow dress to-gather with a few jewelry. Each married lady put Henna on her hands and also give her something sweet. One by one all the married women do so with the bride. It’s a way of giving a blessing to her. The same things also happen with the groom.

This event was very simple few years before, but now its getting grand in the new generation. A competition also happens between both the parties of groom and bride. Dance performances are getting famous in these events, where girls and boys of the family prepare dances. Each and every one of the family is invited to dance. This competition is a source of entertainment for everyone. At the end, a light dinner is available there for guests.

The day comes when bride and groom are going to sign, to be the partner for whole life. This is the main event of the marriage. Groom set off together with the friends and family in the presence of drums towards the bride home. The whole journey becomes very exciting and mesmerizing for everyone.

Boys keep dancing the whole way with music. Everyone is dressed up in an informal dress. The groom wears typical Pakistani Sherwani or salwar-kameez  with a cap on his head. Parents give him blessings for starting a new phase of life. Groom is the center of Baraat.

The biggest day of girls is probably her wedding day. She gets ready for her might be husband excitedly. She wears a red dress with a lot of embroideries. Jewellery, bangles, makeup etc. she does everything to enhance her beauty and wait for the arrival of her groom.

After arriving the bride’s home, they all are welcomed by the bride’s family and relatives. Flowers are showered on the guests. Sitting arrangement of guests is makeup by Bride’s father. The groom entered the hall with his family.

In Islam, marriage is a legal contract between two people. Both the groom and the bride are to consent to the marriage of their own free wills. A formal, binding contract is considered integral to a religiously valid Islamic marriage, and outlines the rights and responsibilities of the groom and bride. There must be two Muslim witnesses of the marriage contract.

Nikah the place where both of them become of one another for the whole life ahead. It’s the base of the ISLAMIC wedding. A scholar is present there for fulfilling that responsibility of NIKAH mostly called Maulvi. He is licensed by the government to setup nikah. Both bride and groom are present behind the curtain. The Maulvi recites verses of Quran according to the way our religion specifies.

After that, both are asked that whether they are ready to accept the partner. Maulvi ask both of them for three times because it’s the limitation in Islam. When both say YES three times they sign the paper and accomplished nikah. 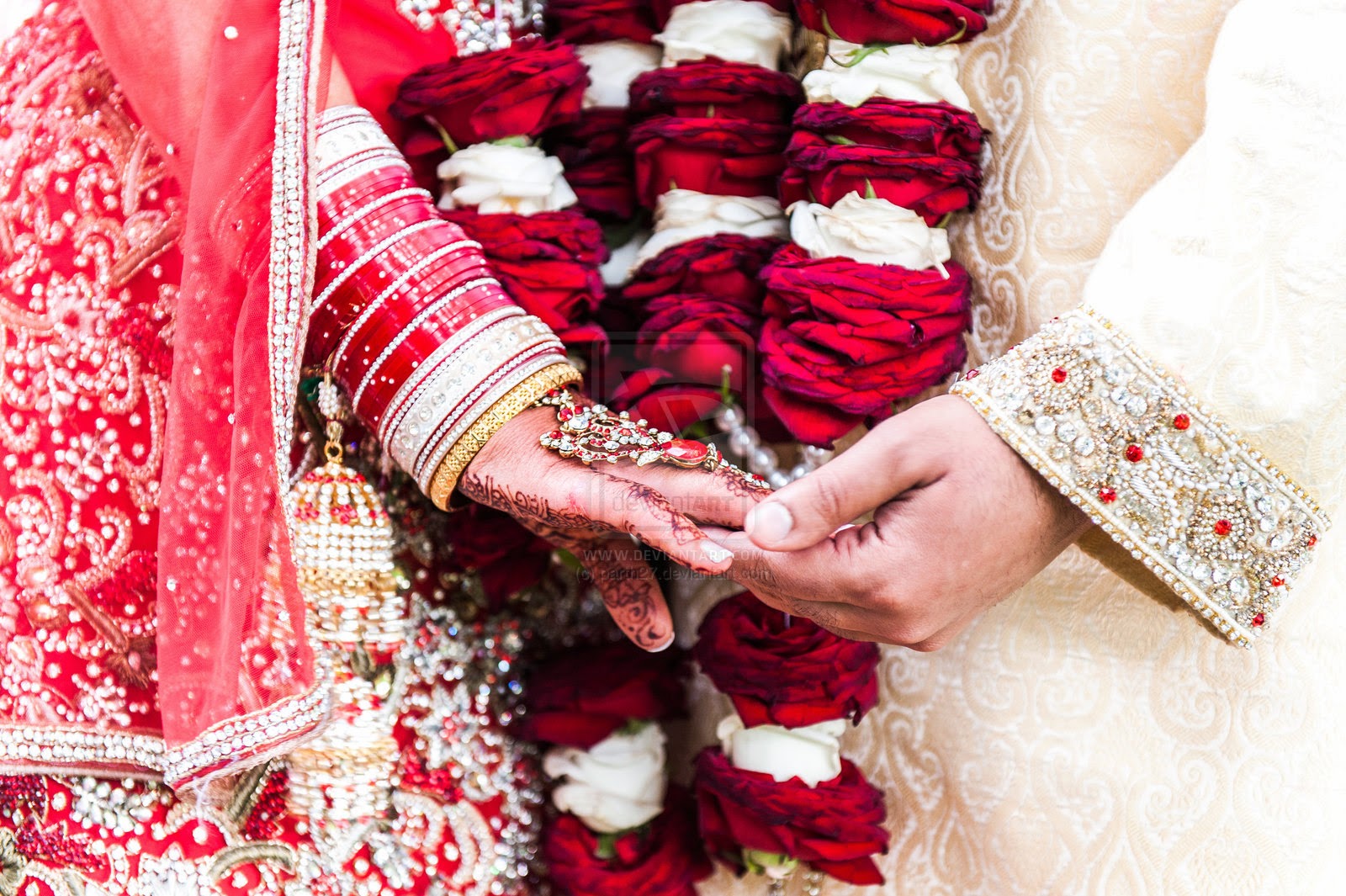 Everyone congratulate both the individuals. Sweet are shared among the guests. Both bride and groom are sitten at the stage together, where everyone comes along with a present and lot of blessings for them. Money is also given to the boy in an envelope by the people invited. A Photographer is also present there for the photoshoot of the newlywed couple. One by one everyone comes to the stage to take photos with both the bride and groom. They sit with them and apply different poses.

The ending of the main event is with RUKSATI. Where the bride is sent with the groom’s family. It might be an emotional moment for a girl to leave her friends, family, parents and her home also. Mostly girls cry at that moment because she gets touchy. QURAN is held on her head so that she goes from her home in the shadow and blessings of Quran. She meets her parents and sibling after going on.

Then, she went on with his husband at his house. Everyone present there for welcoming her in the new world.

After long customs of nikah, the day comes when both the members get to relax and arrange a feast for the family, relatives, friends, and colleagues as a celebration of their wedding. This event did not occupy any hard and fast traditions or customs. It's just a dinner arranged by them for the fellow beings. Invited guests come there to make them congratulate. Gifts and presents are offered to them. Both sit with one another to publish their wedding. It’s like an event where they announce publicly that they are married. 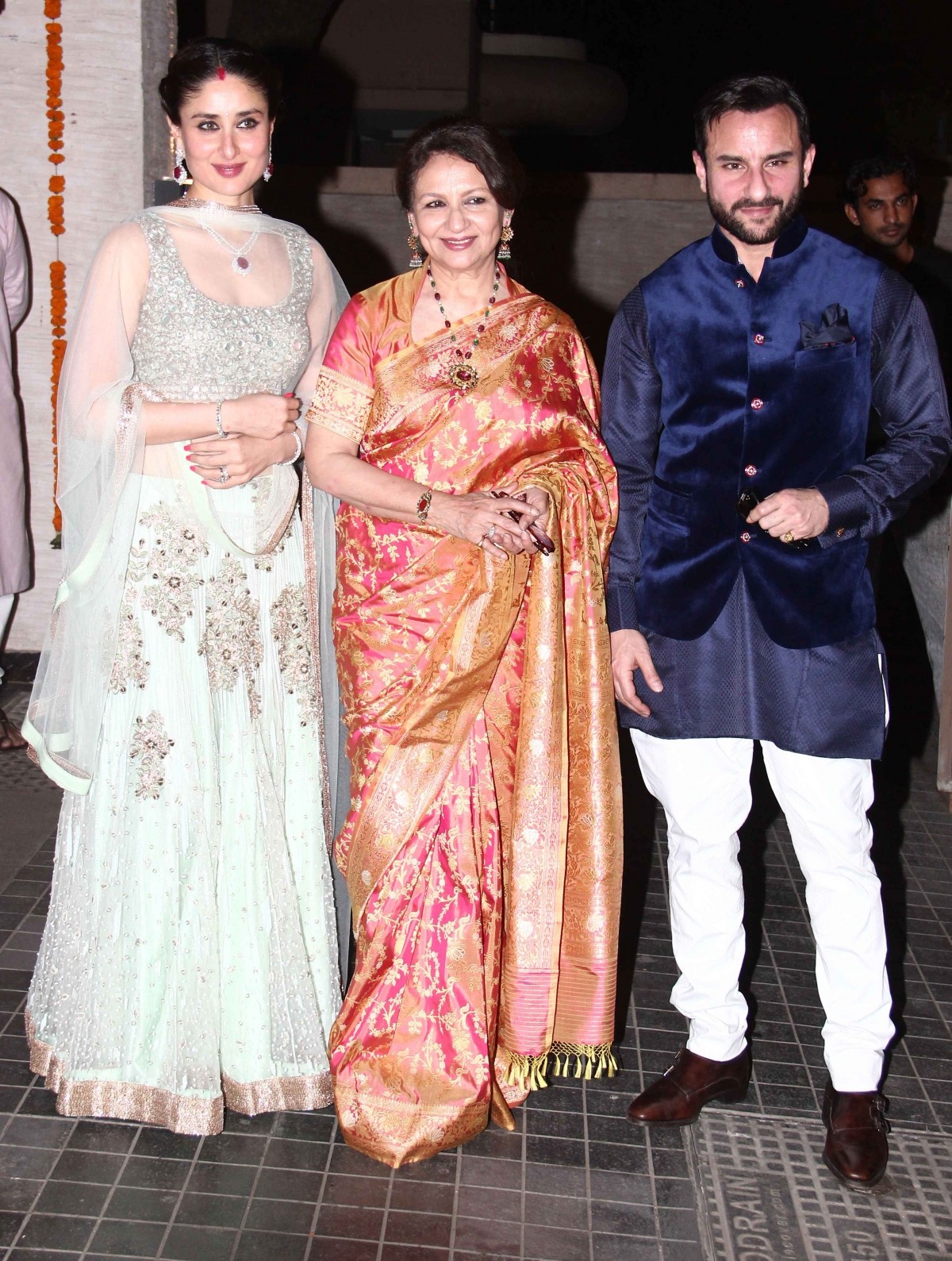 Meeting one another family is also happening in that event. The people that are unknown to bride or groom are introduced here. This relationship joins not only them but also their families.