The tunnel, written in 1948 by the Argentine Ernesto Sabato, one of the main authors of the Spanish language of our time. Delights us with one of the largest South American novels of this century, riding the story with the resources of police and psychological novel at the same time, the main character, reveals his introspective psychology, necause throughout the narration tries to explain feelings and thoughts that pursued him during the development of every moment of your life, and imposes the reader a panorama of hopelessness and pessimism.

Ernesto Sabato belongs to the generation of Latin American writers of 1920-1950, which is characterized by a focus on realism, think of the man in the big city, in the era of post Second World War II, addressing issues such as anxiety, solitude, wondering the true meaning of life and introspection of being, in addition to using literary forms of expression that seemed linguistic experiments. (Group, 2009)

The work of "The Tunnel" which today represents a classic of literature Argentina, is, as its author says, "... the only novel I wanted to publish, and to achieve this should suffer bitter humiliation. Given my scientific training, noone seemed possible that I could seriously devote myself to literature ... The tunnel was rejected by every publisher in the country. "And with money borrowed from a good friend, also writer, managed to publish his book , had an immediate success.

The protagonist and narrator of the story, tells in first person story in retrospect, starting from the end to continue with the beginning of the story, Juan Pablo Castel, a painter confesses that he had committed a crime, the murder of Maria Iribarne. We cautions readers that will only relate what happened, without giving any explanation, although he knows that is what strikes the curiosity and interest, have the reasons, but he doesn´t try to made us understand it, knows that noone would be able to understand him, since there was only one person who can, and was killed.

"... And although I do not do me much hope about humanity in general and the readers of these pages in particular, I encourage the faint hope that someone achieve to understand. Eventough if it is only one person."

The story unfolds in Argentina, although the author mentions several physical locations are not they who take great importance in understanding and contextualization of the text, but rather focuses on the emotional spaces that describes the protagonist, creating mental situations that evoke memories, hallucinations and dreams.

Passes relatarnos how he met who would be his victim, it was in an exhibition of his paintings, which were not of his total pleasure, because he hated criticism, positive or negative, hated many people praise him and agree with him, like they haven´t their own thoughts, but like everyone, if we was criticize negatively is also annoying.

Faced with his "Maternity" painting that portrays a mother watching her son play, there was a small scene in the corner that did not seem to take into account noone, seemed unimportant. He had not given a specific meaning, felt the certainty that the meaning existed and that scene must be there, perhaps he was made special because noone had noted. Until he realized that a young girl was staring precisely that hidden image, it was when he decided he should see her again because their souls were connected through that image.

He step picturing months, building a possible reunion in one of the streets that he transited, also imagined what he would say, and invented the perfect dialogue that both will follow, the idea it alienated of seeing her again and tell her how special it was that moment in which both were found through the paint. He thought about how to hasten the reunion, wondered what places could find their, maybe in another art exhibition, but he couldn´t go to any, because he hated it and the circle of people who were there, so he dismissed the idea.

And when after several weeks the encounter happened, he ran out words and no script was appropriate to start the perfect conversation, after a few timid words, an attempt to escape and an unbearable wait, continued small unplanned meetings with talks more like monologues, with looks that lurked and explanations that were not met. Growing feelings from time to time, silences that caused anxiety and fear, places that were taking proper sense and a love that was forming, we do not know where, in the heart? The mind? Does the false interpretation? o Vague illusions?

Juan Pablo Castel is a lonely and misunderstood, with psychologically intense character who is questioned and questioned the reader about the existence, vanity, selfishness, charity, he believes that in Mary find understanding and love that has not had. Maria Iribarne is a mysterious character, never describe what she feel or think, no question that he is proposing is answered, keeping certain mysticism in his being. She responds to the interest shown towards her, but never fully surrender to love that he wants, when she was married and keeping a other relationships, one of the possible reasons he offers for murder. She feels identified with him through his paintings.

Ernesto Sabato at a conference, said: "Castel represents me and absolutist teenager, Mary the mature side and relativized". That is the son Castel is seeking to merge with Mary, who may refer to Mary Mother of the Church Universal, also represents the womb and paradise lost. The woman, Mary, rather than being seen as a separate person becomes a symbol Castel seek to retain, as a symbol of their need for protection.

They carry a strange relationship in which various aspects involved, Castel discovers that Mary is a young woman married to a man who is blind and tries to decipher the kind of love that binds this marriage. She in various opportunities escapes the house who seems to be a distant cousin who may also carry a relationship and discovering all this leads to the aforementioned painter to weave a web of speculation that arouse jealousy and startle his impulses, reacting aggressive and possessive revealing their desires.

The Tunnel, is a lovely text, because the end is known from the beginning, and that is where the big challenge is the reader: desovillar the wood, find the reasons that led to such an outcome, become a detective. Investigate, look for clues, follow footprints, placed in the place of the characters to understand, and out of them to assess causes, check emotions and enjoy the adventure of knowledge that gives us an author from its intriguing perspective.

It is extremely interesting narrative form which took to the author, he leaves the traditional beginning, middle and end, giving us beforehand all data that could generate mystery, is not the usual and customary end we expect, talks about crime that tells us clearly done and who did it, more what intrigues the reader is the how. Does not use complicated language and tends to describe everything, especially mental scenarios in which is situated, shows a tendency to try to explain everything without explaining anything at a time. This is also what gives way to the opportunity for the reader to make their own conclusions, see reading from a purely objective, police, psychological, existential, literary, as a story of love, passion, jealousy, obsessions...

"... I think the only thing that really matters is to write about the deepest obsessions that plague from the deeper layers of unconsciousness. As for my obsessions, can warn for all my readers" 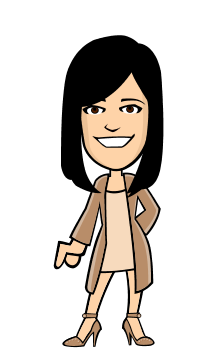