WANT to know how to do Paris like a pro? These locals have given us the inside scoop on where to find the best coffee, how to avoid the queue at the Louvre and how to hustle like a local. Here are the life hacks every traveller should know when visiting the City of Lights.

When it comes to buying fresh produce Parisians will be found with their trolleys at the markets, not the supermarkets.

Locals will usually ask to sample the produce before buying, namely fruit, meat and cheese and you’ll often hear “á la goûte” hollered around the market place, meaning, “try it!”.

Be advised it’s best to never discuss the price. At a fresh produce market you don’t bargain so save your best negotiation skills for the flea markets. But, if you’re looking to save money visit the markets as they’re winding down, usually around 1pm-2pm. Sellers will be trying to offload their produce and you’ll usually be able to get things at half price.

This just looks like the real deal. Source: Supplied

Tourists always head to the popular department stores of Le Bon Marche and Galeries Lafayette but you’ll find local Parisians shopping at BHV (Bazar de l’Hotel de Ville), which even has a specialist department store just for men, BHV Homme. From there you can wind your way through the Marais district’s famous boutique shops and rest your legs at its many wine bars and cafes.

Patisseries you need to know

Tucked away in the Canal St. Martin, the Brooklyn of Paris, is Du Pain et des Idees (34 rue Yves Toudic, 75010). Dating back to 1889, locals line up for its renowned snail-shaped pastries including chocolate, pistachio and rum flavours.

Want the perfect Parisian croissant? Head to 134 RDT (134, rue de Turenne, 75003) as the bakers have nailed the perfect balance of butter and flaked pastry.

France is famous for its eclairs and sweet treats. You can’t go past a raspberry passionfruit eclair from L’eclair de Genie (14 Rue Pavée, 75004) or a Portuguese tart from Comme A Lisbonne (37 Rue du Roi de Sicile, 75004).

Local tip: make like a local and order your baguette bien cuit (well-done) before nibbling the end of the crust on the way home while it’s still warm.

Culture in Paris has become crowded. Yes, the usual suspects that appear in every travel guide from Musée du Louvre to Musée d’Orsay are definitely worth a visit, but Paris is a rabbit warren of smaller museums waiting to be stumbled across.

Make a point of visiting Musée Marmottan Monet, Musée de la Vie Romantique, and Musée Jacquemart-André, which has a great restaurant for lunch.

You can’t miss the soon to be reopened Picasso Museum. After a five year, $75 million renovation that has doubled its size the museum will display many of the 5,000 Picasso drawings, sculptures, photographs that were previously hidden.

Don’t line up with everyone else, there’s a secret entrance to the Louvre. Source: AFP

When you do visit Musée du Louvre, enter via the lesser-known Porte des Lions on the south side of the museum closer to the Caroussel. This way you’ll avoid the vast majority of people entering the museum through the glass Pyramid. Plan ahead as this entrance is closed on Wednesdays and Fridays, as well as Tuesdays when the entire museum is shut.

Sitting all day over an espresso is the Parisian way. Source: Supplied

How to catch a cab

Hailing a cab on the street can be difficult in Paris, particularly during peak hour. Using Uber is the best way to go however as they don’t have a phone number to call you may prefer to head to a taxi rank, marked with a blue sign usually located close to the main squares and metros in each district.

There are also several central taxi agencies in Paris including Taxis Bleus, Alpha and G7, and they all speak English when taking a booking. Be advised that you also pay for the time it takes the taxi to reach you with the metre starting as soon as they receive your booking. It’s not uncommon to read up to $12 on the metre before you even get in! To avoid these charges you can call the taxi rank closest to you directly, known as des bornes.

If you’re not adverse to speed and a degree of risk then jump on a moto taxi. Helmets are provided and it can prove a speedy way to get to the airport, granted you don’t have too much luggage, as traffic to Charles de Gaulle can be notoriously bad.

Alternatively, in order to avoid lines at the airport and baggage surcharges (they charge per piece of luggage), consider booking a driver in advance to collect you. They’ll know exactly where to take you, the price is fixed and will even greet you at the gate 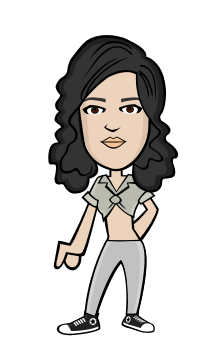