Past continuous tense express the actions that are happened in the past in a particular time.

In Past continuous tense we use two helping verb.

In this sentence Sara is a singular subject so we used "was".

Here Children is plural subject so we used "were".

In negative sentences we use "not" after helping verb ( "was" and "were")..

In this sentence "not" is used after "was" to make the sentence negative.

In this sentence "not" is used after "were" to make the sentence negative.

In interrogative sentences we use helping verb ( "was" and "were") at the start of sentence and question mark (?) at the end.

In this sentence "was" is used at the start of sentence to make it interrogative.

In this sentence "were" is used at the start of sentence to make it interrogative.

We were not carrying woods.

Were we carrying woods?

Sara and Ali were not playing with dolls.

Were Sara and Ali  playing with dolls?

I were not sitting in the park.

Were I sitting in the park?

He was not buying some books.

Was he buying some books? 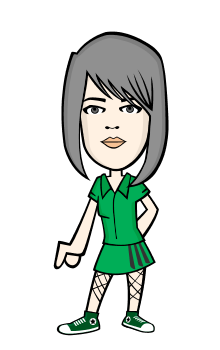 I am Noshaba Bibi ,24 years old ,
done Mcs from Virtual university and I am a blogger.

This university is Pakistan's first online university. Where students can get their lectures online …

Dolphin Tale This is very interesting story because i like dolphins very much. In fact this story …

Writing a table in C++... In this program i will show you how you can write table for any number usi…