Performance of and challenges to Pakistan textile in global free markets.

Textile can be defined as supple spin substance consisting complex of real or synthetic fibers frequently called as yarn. Yarn or thread is formed by weaving fleece, flax, raw cotton, natural and artificial fibers or any other substance to manufacture elongate strands. Textiles are twisted by texture, interweave, crocheting and compressing fibers jointly. There are many raw materials resources by which textile can be made these materials sources are animal, minerals, plants and synthetic. Silk Wool, gets from animal’s cotton, jute, and flax gets from plants glass fiber, asbestos gets from minerals nylon, acrylic, and polyester gets from artificial sources. Few years ago natural resources plants minerals and animals was only source of texture. But in 20th century it is improved by synthetic filament. Products of this sector are commonly useful cloths, surfaces, carpets, covers, window shade, bags, towels, bed sheets table covers etc. are products of daily house life use. The products of textile are also used in industries and public places and sports places like handkerchiefs, flags, nets, balloons and parachute, umbrella, duster, tents, backpacks, sails etc. 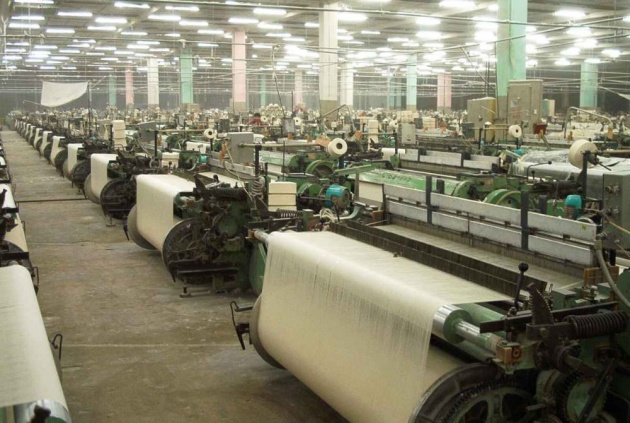 Textile is one of the fundamental human needs. It is not only providing cloth and Foreign exchange but also providing jobs. Raw material is an important factor in development of any industry. If there is a country with cheap raw materials from the immense opportunities of development are often to the appropriate industry. Yarn can be made by wool fiber jute flax and cotton. Pakistan is an agricultural country. Pakistan is currently fourth largest cotton producing country in the world. In terms of standard and quality Pakistan's cotton quality is number second in world ranking after Egypt. The crop grown in BEHAWLPUR is much demanded and a perfect quality cotton of world. That’s why Pakistan has abundance in cotton production. Due to textile industry of Pakistan, the usage of its abundant resource is possible. By making an increment in export of textile sector products Pakistan realize that textile sector of Pakistan is much beneficial and by the developing this sector income can increase more and more.

Later than the partition of Bengal as Bangladesh, Pakistan Cotton Export Corporation was founded. The textile mills bear great looses due to the cotton export controlled by Export Corporation, and to shortage of foreign currency for exchange it was too much tough to import machinery. After nationalization of industry by Pakistan people’s party in 1972 create threatens that any time industry may nationalized by government. In every next government of PPP there was an uncertain situation of investors. The era of 80’s support to this sector Due to a great demand of cotton crop it cause an increase in agriculture production and agricultural development. There was swift development in spinning segment. In 1981 great expand was seen in number of spinning units in 203 spinning mills 4033 thousand spindle with a great working capacity was installed. Machinery used for manufacturing garments was moreover exempted from duty on import. As a result, a huge expansion in the spinning sector took place in the first five years of the 1990s.  World requirement in favor of product quality, extensive size fabrics develop and best alternate and a reconstruction procedure started. In addition to these improvements, manufacturing and export worth-other products like bed-sheets and accommodation furnishing was started. Infrastructural changes through the alternate of out of date equipment and upgrading is still sustained in vision of global competition. In Pakistan, textile industry is conquered by Punjab as compare with other provinces.

1.3 Capacity of textile mills in Pakistan:

At the time of existence, Pakistan only had 2 textile mills with 3,000 looms 80,000 spindles which were competent of manufacturing 8% of national requirements for that time. The systematic progress textile industry begins in 1950. Industrial Development Corporation of Pakistan was established in 1952. In1953 this corporation started its work with openings of a textile mill at Karachi named vatika textile mill. Till 1964 there were more than 180 units, including printing, bleaching, and processing units. A big amount of spindles was installed in per units. Recently lunched industry was depending upon imported machinery however there was shortage of mechanical expert and deficiency of investment. A decrease in the manufacturing capability was seen in late 60, s. in 1970-1971 the number of textile mills was 113 and number of spindle was 2,605 spindles with 30,000 looms. Pakistan has a capacity to manufacture yarn 1550 millions of kilograms. The capacity to manufacture fabric is 4368 million square meters. Pakistan has an established capacity to produce 670 million units of garments there are 50 largest units of garments manufacturing and 2500 small and medium units of garments in this part of textile, 53 millions of kilograms production of towels by 400 units of towel production, 400 million units production of knitwear by 600 production houses of knitwear, 1221 ginning units, and 442 spinning units. There is a big capacity of weaving 124 units are largest and other 425 units are small and medium.  There are round about 20600 units of power looms are working in textile sector. The finishing capacity in textile sector is 4000 million square including 10 largest units of finishing and 625 medium and small units. 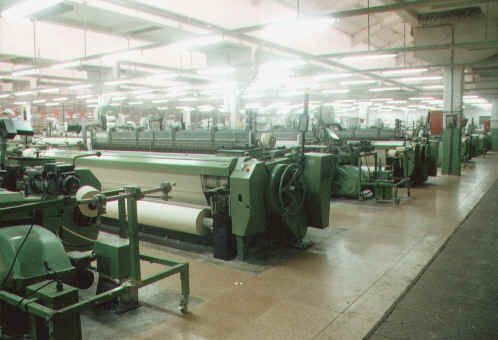 As the heart is a vital organ of human body similarly cotton is a vital component of textile industry and has a major role in development of industry. As Pakistan is currently fourth largest cotton producing country in the world. Pakistani cotton is the best cotton of world after Egypt. Pakistan is producing 12 million bales (170kg) per year of cotton. In 1947 the production of cotton was 1.1 million bales. And principal Boost in manufacturing and extension cotton and textile industry has been inspiring in Pakistan ever since 1947. It also causes a number of increases in spindles and in number of spinning units in textile sector. Cotton is basic fiber utilized primarily as a basic material in production of textile products. Cotton is the one of major cash crops of Pakistan and economically much beneficial asset of Pakistan. The current production of cotton is more then 12 million bls. Mutually cotton manufacturing provinces Punjab and Sindh are growing a biggest total of cotton and the contribution in overall cotton crop is projected at 76% and 23% correspondingly. The share of cotton in GDP is 1.9% and in agro sector it is round about 8.6% cultivated in Punjab and Sindh.

In third conference 2013-14 of cotton crop assessment committee it was announced on the behalf of Government of Punjab that in 2013 the targeted area of cotton crop cultivation was acres 6000000 but it was cultivated on acres 5408000 which is 9% less then targeted area and 5.2% decreased from area cultivated in last year in Punjab. The reason announced was the damage of acres 120000 by rain and flood.

It was stated on the behalf of government of Sindh in 2013 the targeted area of cotton crop cultivation was acres 650000 but it was cultivated on acres 574504 which much less then targeted area and 13% decreased from area cultivated in last year in Sindh. The reason announced was the damage of 5 to 10% of Kacha area BY floods in upper Sindh. The other reason announced by committee was the attack of pink boll warm mealy bug. 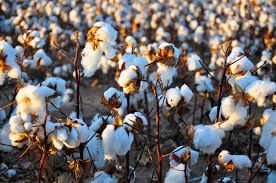 It is a newly developed verity of cotton. The cotton is hybrid type of cotton. BT means Bacillus Thuringiensis. Bacillus Thuringiensis, is frequently well-known as Btis a type of bacterium which biologically occurs in top soil that is used as biological insect killer. There two major types of toxins by which BT toxins composed the one is cry (crygens) and cyt (cytolytic) toxins. These are most effective anti insects, affective as anti Lepidoptera, Caterpillars, Coleoptera, Beetles and dipteral.

It is observed that cultivation of BT cotton brands and its hybrid varieties plays a major role to reduce the need of pesticides. BT cotton in an agricultural technology that is much important to increase the production of cotton not only production of cotton but by reducing the use of pesticides it saves the environment from harmful effects. The “IR-FH-901”, “IR-NIBGE-2”, “IR-CIM-448” ad “IR-CIM-443” are the registered varieties of BT cotton in Pakistan under seed Act 1976. These varieties are grown in Pakistan over 8,000 Acers. 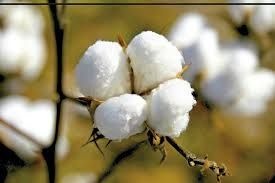