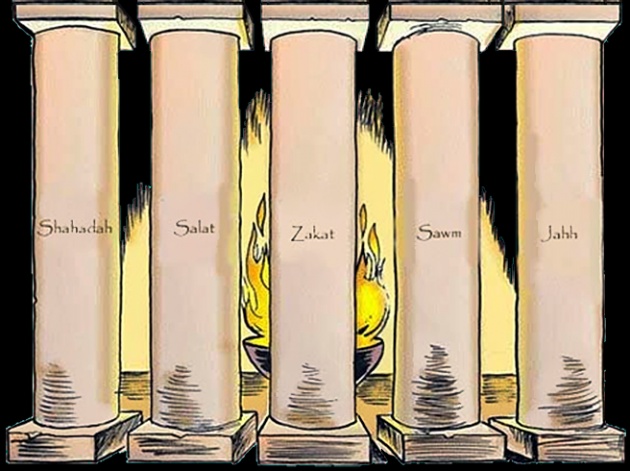 There are five pillars of Islam. These are Tuheed, Roza, Namaz, Zukaat and Hajj. Tuheed: It means to believe in oneness of ALLAH. He is the creator of everything. He is also creator of man. So we should obey Him and believe Him that He is only our creator. No one is powerful like Him. No one has powers like ALLAH. Muslims believe in one ALLAH. Allah is everywhere. He is the only Master of the entire Universe. 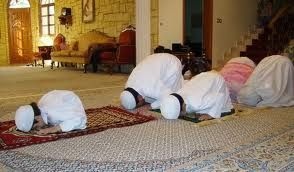 Namaz: Namaz is the second pillar of Islam. Namaz is very important for a Muslims. Muslim pray a prayers five times a day. There is no relaxation of offering a prayer. Allah emphases on prayer in Quran Paak many times. There is a saying: Namaz is the Miraj of Momin. 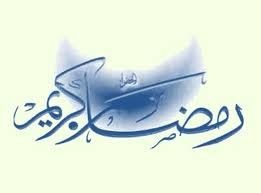 Roza: or fast is the third pillar of Islam. Muslim do fast in the month of Ramadan. Fast is also very important. Muslim also do Nwafil fast. Allah gave reward for fasting. 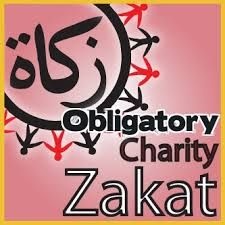 Zakat: Zakat is the fourth pillar of Islam. Zakat is Faraz on every Muslim. It is paid to poor orphans needy. Zakat cannot be given to parents and children. Zakat is laid on 7.5 g gold and 52.5 g silver. Zakat is also laid on agriculture production. If Irrigation is done naturally that it is 10 percent and if artificial Irrigation is provided than 5 percent Zakat is laid. 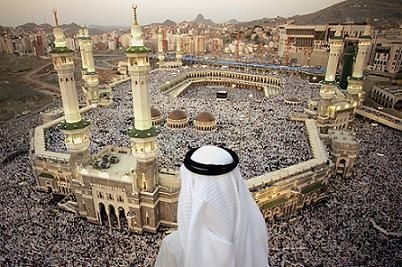