Planning a trip to Nathula pass things you must know

You don't realize it, but in the next few minutes, we are going to tell you about the Best Time to Visit Nathu La Pass. Nathula Pass nestles at an elevation of 14,140 feet and rank among highest peak of India and accessible by tourists via motorable road. The old silk route through Lhasa, Sikkim, and Eastern India and used to operate until 1962. Nathula Pass is 52kms away from Gangtok. Nathula Pass is mountain located at the mountain of Himalayas and on Indo-China border and connects to Sikkim. It also connects to Tibet Autonomous Region.

What Interesting Things To See In Nathula Pass

The winds blow at Gangtok – Nathula Pass Highway, it is one of the most beautiful mountains and many other things to experience this scenery. The best part of travelling to Nathula Pass has traveled itself if you start the journey from Gangtok, it is virtually a journey like heaven and this journey is same as Amarnath in Jammu Kashmir and the roads are most interesting which is zig - zag, roaring waterfalls ,all your partners for the entire trip. Nearly, 40kms from Gangtok , crossing the azure blue Tsomgo Lake and the new Harbhajan Mandir. The border check post at Nathula pass is marked by the Border of Gates India and china, a war memorial and an Exhibition Centre of India Army.

A Notice Of Caution

The high altitude of Nathula pass is the lack of oxygen level in the air is quite low. Few (adults or children) faces the difficulty of breathing problems at Nathula. If you’re already problems in breathing or other health problems, you should check up through doctor before you visit Nathula pass. You can take Acetazolamide tablets consults doctor for dosage) while visiting Nathula. Larger ones last continuously for 3-4 hour.

When you start the journey from Gangtok you will share or reserved your vehicles like Scorpio or any other vehicles are available. Nathula is on the highway, it will require a full day trip from Gangtok to visit Nathula. It is usually combined route of Tsomgo and Baba Mandir. Sometimes due to snow, landslides, and other road conditions, Traffic gets held for hours on this route. The cost can vary depending on the season (like April to June and October to November) shared vehicle would cost about 700/- per person.

Note Nathula is a protected area. Foreign tourists are not allowed here. Indian requires a valid protected area permitted to visit not hula. You can registration through Hotel to get it. You will need photo ID proof (PAN card are not accepted) .

Nathula pass experiences heavy snowfall during winter. The temperature of the region may drop down to a sheer -25 degree C. During winter this route is closed because of heavy snowfall. If the route is open and you might go during winter, pick up snow boots and heavy winter wears along the way. The two months – November to march are the good time to see Nathula covered with snow. The route usually remains open for these two winter months.

Take advantage of this now don’t miss out Check out yourself. 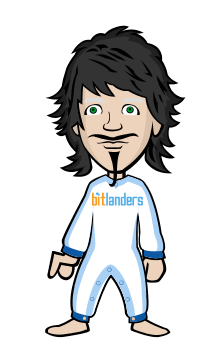 Saturday Afternoon at the Sumlang Lake

3 most beauti ful lakes in pakistan

STORY OF LAKE ATTABAD PAKISTAN This is lake attabad lake in pakistan,hunza valley. its the most bea…