He was a former Australian Cricketer. An elegant, aggressive middle order right handed batsman of modern era. He has been most successful captain in cricket history. He has achieved phenomenal performances throughout his career. He was renowned as the best player of the hook and pull shot. Apart from that he was a good slip fielder.

Ricky Thomas Ponting was born on December 19, 1974 in Launceston, Tasmania. His father Graeme who was a club cricketer. Greg Campbell also played test cricket for Australia who was his uncle. In June 2002, He married to his girlfriend Rianna Jennifer Cantor. On July 26, 2008, his daughter born in Sydney. Her name is Emmy Charlotte. On September 8, 2011, his second daughter born in Sydney. His first son and third child was born on September 24, 2014 at Melbourne.

Ricky Ponting started his test debut against Sri Lanka on Dec 8-11, 1995 at Perth. In his only and first inning, he scored 96 valuable runs before he got out LBW to Chaminda Vaas. Australia won that match by an innings and 36 runs. Here is the highlight of that match.

Overall, Ponting played 168 test matches. With the help of 41 Hundreds and 62 fifties, he scored 13,378 runs averaging of 51.85. He smashed 1509 fours and 73 sixes as well in his test career. Apart from that batting skills, he has taken spectacular 196 catches in tests. His highest individual score in test is 257 runs against India at Melbourne Cricket Ground on December 26, 2003 in Border-Gavaskar Trophy.

He crossed the double hundred mark six times in his test career. He also achieved sixteen (16) man of the match and four (04) man of the series awards in his test career. He was a good team player. When he bats, bats long and made big partnerships. He has achieved 112, 50+ stands and 85, 100+ stands with team mates. He played his last test against South Africa in Nov 30 to Dec 3, 2012 at Perth. He made 4 and 8 runs in first and second inning respectively. Australia lost that match by 309 runs.

He is the only cricketer in history who holds 100 test wins to be a part of team. He captained 77 tests. Won 48 matches and lost 16 matches, 7 matches were drawn. He also made twin hundreds in his 100th test. 120 and 143 not out in first and second innings respectively. Here are the highlights of twin hundreds.

Ponting made his ODI debut in Feb 15, 1995 at Wellington against South Africa. It was a low scoring game. Chasing 123, He scored just one run and bowled to Simmons. Australia narrowly escapes and won by just 3 wickets.

His highest individual score in ODIs is 164 runs against South Africa at Wanderers Stadium on March 12, 2006. He also achieved thirty two (32) man of the match and seven (07) man of the series awards in ODIs.

In terms of partnerships he had a tremendous record. He got 142, 50+ stands and 72, 100+ stands with his team mates. He played his last ODI against India in Feb 18, 2012 at Brisbane. He could not perform in his farewell match and made just 7 runs. Australia won that match by 110 runs.

His captaincy record was phenomenal. He captained 229 matches, in which he won 164, 51 lost and 12 had no results and 2 matches tied. He also holds the most ODI wins as a player which is 262.

In this modern era of cricket, Ponting also contributed in T20Is. In his 17 T20Is, he made 401 runs with the average of 28.64. He smashed 2 fifties in this format. He also hit 41 fours and 11 sixes in T20Is. He made his debut in Feb 17, 2005 against New Zealand at Auckland. He scored outstanding 98 runs. Australia won that match by 44 runs. It was also his highest score in this format.

Partnerships plays a vital role in every format of the game. He also got 6, 50+ stands. He played his last T20 against Sri Lanka in Jun 8, 2009 at Nottingham. He scored 25 runs in that match. Australia lost that match.

Ponting appeared in his first world cup in 1996. He batted at no, 3 spot in the whole tournament. In the opening match against Kenya, scored six runs. He was completely unreliable with his performances, scored 33 and 12 against Zimbabwe and India. He became the youngest batsman who made a World Cup hundred. Australia lost that match. Australia faced New Zealand in quarter finals and scored 41 runs. In semi final match against West Indies, scored duck. In the final against Sri Lanka, scored 45 runs. Unfortunately Australia lost the final and title due to the brilliance of Arjuna Ranatunga and Aravinda De Silva.here is the highlights of that final match.

In 1999, Australia started world cup campaign against the Scotland with victory. They defeated against the Pakistan and New Zealand. Ponting scored 33, 47 and 47 respectively. In the final against Pakistan, they had to achieve the low target of 132 runs. Ponting scored 24. He ended with 354 runs in the tournament at an average of 39.33.

In 2003 world cup he scored 415 runs at an average of 51.87 in 11 matches. He scored 2 hundreds and 1 fifty as well in that tournament. He also picked 2 Man of the Match Awards. Australia won the title once again. In the final against India, he batted tremendously by making 140 not out. 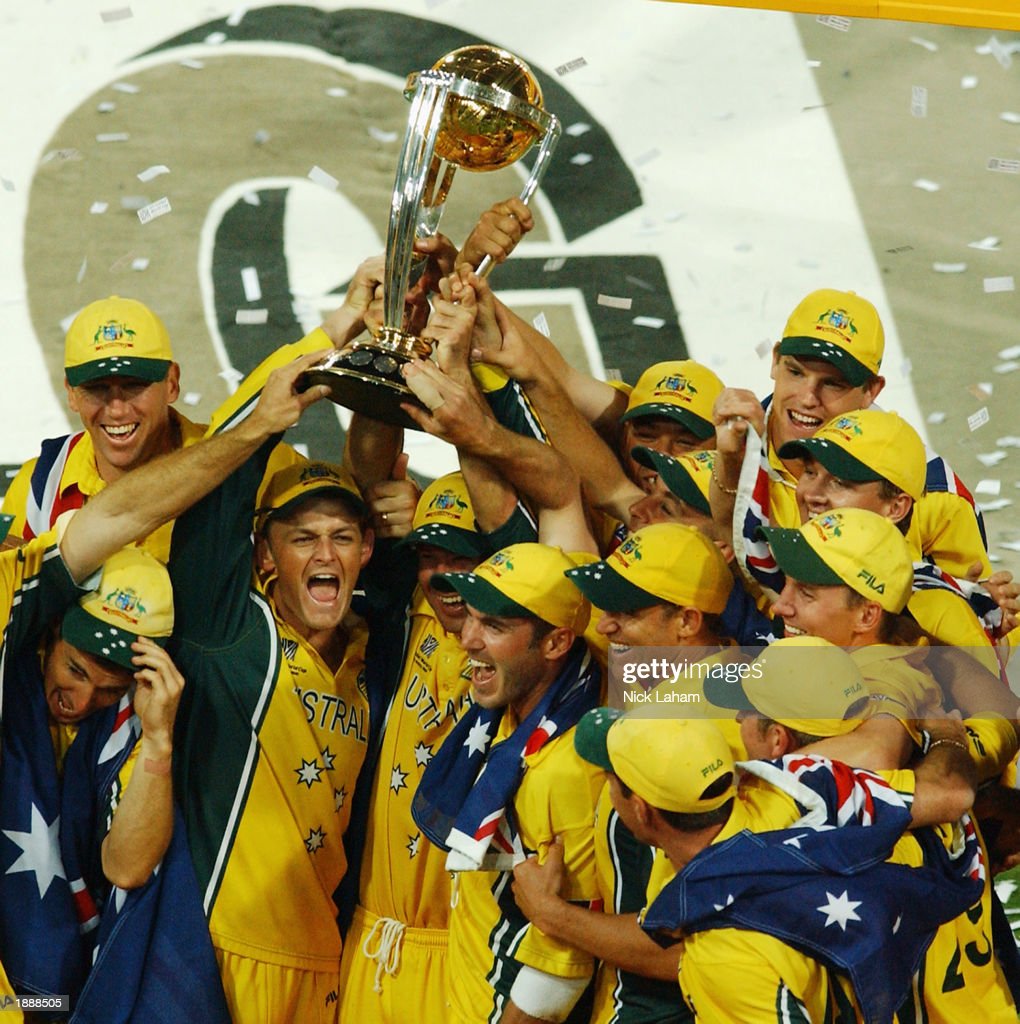 This was his fourth world cup. With the help of 4 fifties and 1 hundred, scored 539 runs at an average of 67.37. His highest score in that tournament was 113 against the Scotland at Warner Park. Australia won the title for the third consecutive win of World Cups.

This was his last appearance of world cups. He scored 206 runs at an average of 34.33 in 7 matches. Australia lost the title. He scored only 1 hundred in that tournament.

Overall in world cups, Ponting played 46 matches and scored 1743 runs at an average of 45.86. with 5 hundreds and 6 fifties. He also awarded 3 Man of the Match Awards.

Ricky Ponting holds the world record, actuality part of a team in most ODI wins. Ponting ended on the winning side in 262 ODIs.

Ponting scored highest individual score of 242 against India is the record and the match lost.

He was named One Day International Player of the Year – 2002.

He was named Wisden Cricketer of the Year in 2006.

On November 29,  2012 Ponting announced retirement from test cricket.  Here is the Press Conference regarding his retirement in tests. 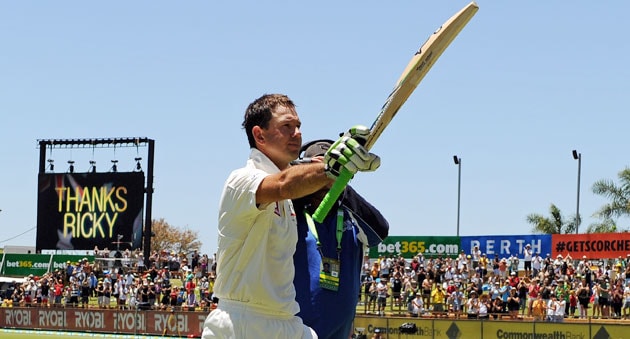 On September 7, 2009 Ponting announced retirement from T20Is. Here is the Press Conference regarding his retirement in T20Is.

This video shows his tremendous performances. how well he has managed throughout his International Career. outstanding performances.

Do You Know How Much You Will Need When You Retire?

Do you know how much Will you need when you retire? Many of us, including myself, never think of how…

As you know it is an era of advance technology , times of traditional currency has passed , now it i…

have you heard about pakistani captain misbah ul haq? He is the first asian captain to beat southafr…