These two very famous tragedy plots written by the same remarkable author, both reveal Booker’s five stages of a tragedy but contrast good and evil protagonists.

In Romeo and Juliet the protagonists are two people and their tragedy brings light onto their hostile environment so are ‘good’ protagonists. The story unfolds in the anticipation stage in fair Verona where a brawl breaks out on the streets setting the tense and combative atmosphere between the feuding families; the Montagues and Capulets.  One of the Montague clan, Romeo who is detached from the conflict and struck by love sickness is convinced by Mercutio to attend the Capulet ball where he can find the objects of his desires, a Capulet girl by the name of Rosaline. By chance he meets Rosaline’s younger sister, Juliet and both fall deeply in love with each other at first sight. Their “focus” has now been found, even though it is apparent from the outset that their affair is likely to end in disaster. 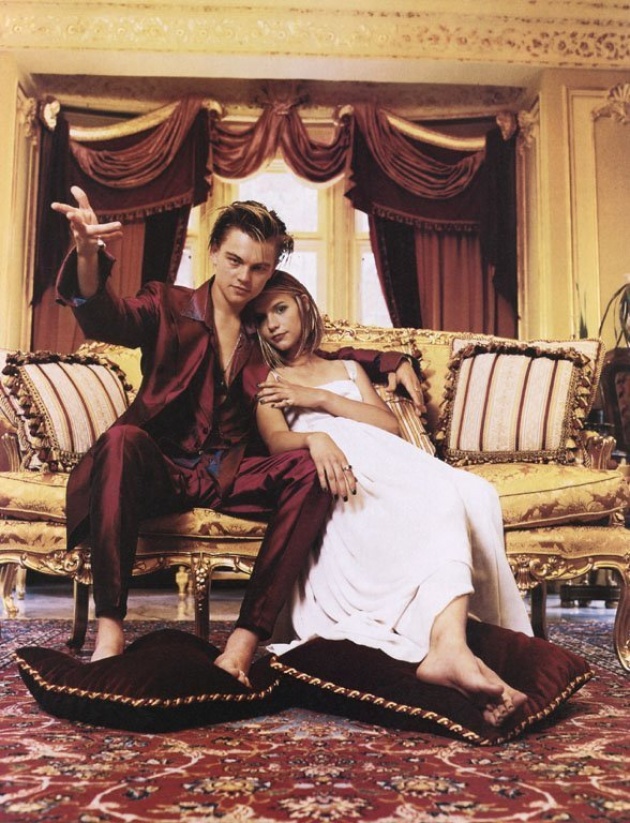 The story quickly moves into the Dream stage as their love affair moves forward when Romeo makes a daring attempt to reach Juliet on the balcony of the Capulet manner where they declare their love for each other and arrange to marry  (under Friar Lawrence).  The story moves into the Frustration stage when the Capulets become aware that Romeo gate crashed the Capulet ball.  Juliet's cousin Tybalt, challenges him to a duel but Romeo refuses to fight. Mercutio (neither a Montague nor Capulet) is offended by Tybalt's insolence, as well as Romeo's "vile submission," and accepts the duel on Romeo's behalf. Mercutio is fatally wounded when Romeo attempts to break up the fight. Grief-stricken and guilt-ridden, Romeo confronts and kills Tybalt. The frustration worsens when Romeo is exiled from Verona by the Prince but secretly spends the night in Juliet’s chamber to consummate their marriage and then after Romeo returns to exile, Juliet’s father wrongly interpreting Juliet’s grief, prepares to marry her off to Paris (not knowing she is already married).

The Nighmare stage unfolds when Friar Lawrence masterminds a plan to help Juliet escape the approaching threat of her marriage to Paris by giving her a potion that will make her go into a death like coma, making the appearance of her death to Paris. A message of the plan was supposed to reach the exiled Romeo, but failed to and Romeo, like Paris gets the message that Juliet is dead. He rushes to the Capulet family tomb, to find Paris beside her seemingly dead body. The two engage in a battle and Romeo kills Paris. Now the story enters the Destruction stage when Romeo, who had already acquired some poison, is so grief stricken by Juliet’s death drinks it and dies by Juliet’s side. Juliet then awakens and finds Romeo’s dead body beside her, so stabs herself with a dagger.

The feuding families and Prince meet in the tomb to find all three dead. Shocked with the outcome, the families decide to end their bitter feud. There we have it, a tragedy but a good resolution, highlighting the benevolence of the protagonists, which endures after their deaths.

On the other hand, Macbeth follows similar stages to the tragedy plot but portrays the protagonist as essentially a monster. Act one, the Anticipation stage begins when the news reaches the grateful King Duncan of Scotland that his generals Macbeth and Banquo have been victorious in battle over the allied forces of Norway and Ireland who were led by the traitorous Macdonwald, the former ‘Thane of Cawdor’. Banquo and Macbeth (already gifted the title ‘Thane of Glamis’ by Duncan) are greeted by three witches after their battle offering them prophecies. The witches prophesize that Macbeth will be Thane of Glamis, Thane of Cawder and finally the King of Scotland. They claim Banquo will be the father of a line of kings but never king himself. Mesmerized by the witches, Macbeth is then informed that he has been given the title of ‘Thane of Cawdor’ further fuelling their mesmeric power.  He then writes to his wife Lady Macbeth, who after being initially amazed by the prophecies, eggs him on to make the predictions complete, and murder Duncan. Thus, our protagonist has his “focus”, and we are in no doubt that it will lead him to a disastrous end.

Then In Act two the  Dream Stage sees Macbeth fulfill the conspiracy plan devised by his wife Lady Macbeth to get King Duncan’s chamberlain’s drunk at night then stab Duncan to death with a dagger  and plant the murder weapon on the drunken chamberlain’s by morning. Macbeth is so shaken by his act, which he had already doubted experiencing hallucinations of a bloody dagger was unable to complete the plan and was finalized by his wife (who took control). As Christopher Booker describes, the protagonist can often be divided within themselves about the light and dark sides of their natures as they take up the temptation of their focus. The next morning it so happened that the loyal ‘Thane of fife’, Macduff, was visiting  castle. Macbeth leads him to Duncan’s chamber, where Macduff discovers his slain body at which point Macbeth fakes a fit of anger and kills the guards ( to prevent them from proclaiming their innocence) although Macduff is already suspicious (about Macbeth). The next chance event, is where the dream stage really starts to occur for Macbeth; Duncan’s sons, including the rightful heir, Malcolm, who after hearing the news of their Father’s death, flee the castle for fear of their own lives making them the key suspects of his murder and paving the way for Macbeth to be crowned king of Scotland. Banquo, although also suspicious of Macbeth, remembers the prophecies of the witches, so declares to the audience the truth of his crowning, but also recalls that his own sons will be heirs to the throne of Scotland.

Act three The Frustration stage begins when Banquo leaves the castle. Banquo leaves with his son, Fleance, one night when Macbeth was holding a feast for the lords. Macbeth, so disappointed orders their murder that night as they make their way from the castle, fearing the prophecy that Banquo’s sons will be in line for the throne. The assassins succeed in murdering Banquo but Fleance, escapes. Macbeth is furious. That same night he is haunted by the ghost of Banquo which seemingly turns him mad in front of all the Lords at the feast, initiating a face saving exercise by Lady Macbeth.

All is set up now for Act Four the Nightmare stage. Seeking reassurance of the security of his throne, Macbeth turns to the witches who prophesize he can never be slain by any man born of woman, to beware Macduff, but also reveal an apparition to Macbeth of eight crowned kings all looking like Banquo. In the meantime Macduff leaves Dunsinane castle to join with Duncan’s son, Malcom in England. Fear now taking full control of Macbeth’s actions, he orders the brutal slaying of all the inhabitants of Macduff’s castle including his wife and young child. The news reaches Macduff in England who has since joined forces with an army assembled by Malcolm. Lady Macbeth is now fully affected by sleep walking and in a trance one night bemoans the murders of Duncan, Lady Macduff, and Banquo, as she tries to wash off imaginary bloodstains from her hands speaking of the terrible things she put her husband up to. She descends into madness, and eventually kills herself not being able to absolve herself of her wrong doings. News of his wife’s suicide reaches Macbeth and the nightmare is nearly complete. The English army is advancing on Dunsinane castle (although he thinks he is invincible as a result of the witch’s prophecy that he can never be slain by a man born of a woman).

Finally in Act Five the Destruction Stage Malcolm and Macduff’s army overwhelm the army of Dunsinane castle, and Macbeth still believing in the witches prophecy of his invincibility, is confronted by Macduff who declares that he was not born of woman but was taken from his mother’s womb by a Caesarean section! Macbeth realizes it’s too late that he misinterpreted the Witch’s words and so makes a last effort to fight but is beheaded by Macduff. The throne of Scotland is handed over to Malcolm who declares his benevolent intentions for the country.

Arguably, we should feel pleased that this evil monstrous protagonist has been put to death, but I must confess, that I am slightly disappointed by this end. We have for the whole journey been taken for a ride of the protagonist ‘getting away with it’ so finally, we feel let down when their caught! This is partly the enduring quality of this type of story, that so reaches the collective unconscious. In tragedy, we certainly identify with the good protagonist who is essentially a sacrificial lamb, but we are also transfixed by the enterprise of the dark protagonist identifying with their human foibles that lead them down their evil path.