It is fitting that I am writing this on Valentine’s day, because the central redemptive force in this plot line (re-birth) is the liberating force, Love, which ‘breathes life’ into a ‘state of living death’. The following image is a shot I took in my front garden. Happy Valentine's day! 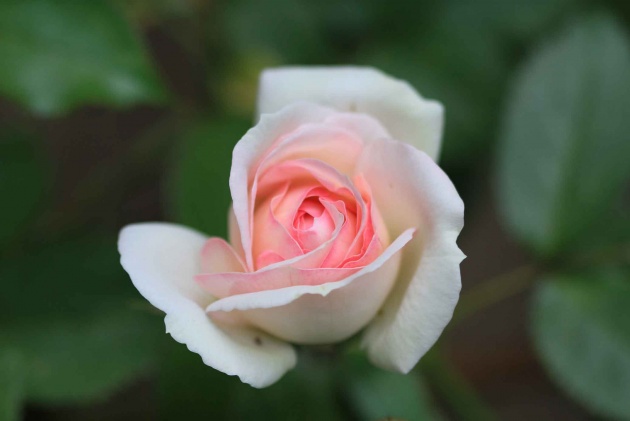 Re-birth, the last of the great seven plots, according to Christopher Booker, is essentially made up of two parts:  firstly, the protagonist find themselves in a cold, dark, tormented and decaying state of ‘living death’ where a dark spell causes spiritual imprisonment, sleep, sickness or evil enchantment. Secondly some miraculous redemption usually in the form of love from a hero or heroine, leads to the protagonist awaking from their death and ‘coming to life’. Alas, the title of the plot “Re-Birth”.

There are a multitude of classic fairy tales and stories with this plot line such as Sleeping Beauty, Beauty and The Beast, Snow White (and the seven Dwarfs), The Snow Queen, A Christmas Carol, Crime and Punishment, The Secret Garden and Peer Gynt.

Booker  gives us a clear distinction between the dark spell as either being an external force ( such as an evil spell cast by some enchanter as in Sleeping Beauty) or an internal force (such as the Scrooge ‘s own greedy nature in A Christmas Carol). He makes us aware of the indelible quality of this plotline in our subconscious mind, with many of these stories being first introduced to us during childhood when the ‘dark spell’ is more appropriately portrayed as an external force. It’s as much as our immature developing minds could cope with. When we mature into adults and our psychological defence mechanisms develop, we can absorb the ‘dark spell’ within us to recognize that it is often an internal force.  The great joy of this plot line is that in either case, it concludes with liberation from this dark force with, Love, as the great liberator.

In Walt Disney’s classic animation, Beauty and The Beast (1991), we see the childhood fairy tale versions being told. A Father of three daughters, Beauty being the youngest, goes on a journey and loses his way in the forest, where he finds a mysterious empty castle filled with all sorts of comforts. It’s only inhabitant a semi human like creature, the Beast reveals himself to the Father when he was about to leave. He stops him from doing so until the Father agrees to the condition to send back his youngest daughter. Eventually Beauty comes to live in the castle and is well treated by the gentle Beast, but feels terribly trapped when the Beast proposes marriage to her.  The Beast allows her to return home to attend to her sick Father, but unbeknown to Beauty, she has fallen in love with the Beast, and has a bad dream about him dying of grief. She rushes back to the castle to find the Beast dying in the garden, and embraces him which brings him back to life. The Beast transforms into a handsome prince. He tells her that he had been turned into a Beast by a wicked enchantress (the external force), and he could only be released if a virgin would freely consent to marrying him.

In part 2, we will look at the version of this plot line with the internal force casting the dark spell.