Knowledge is – information about the various things of the world derived from the study of books, from the observation of men and manners and from carefully watching the different phenomena of Nature. Knowledge is not the same as learning, for all knowledge obtained from experience and observation is quite independent of learning which is derived from study in schools and colleges. 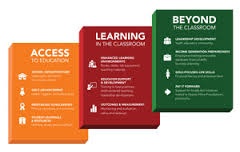 Knowledge places unbounded powers at the disposal of a man. One of the most useful powers springing from knowledge is that by which a man knows about himself. Knowledge gives power over emotions too. It helps control our responses and reaction. It helps to make right judgment and to set right out attitudes. In fact man is a tiny cosmos in himself and knowledge helps in understanding and governing this small world. The greater the knowledge, the richer is our insight. At the same time knowledge gives us the power to resist all temptations and to face hardship with more confidence. It strengthens our endurance and determination to pursue the path of righteousness. 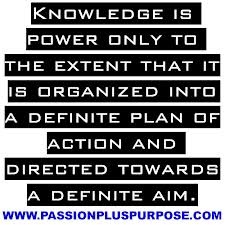 With the help of knowledge, a man can do immense good to his fellow-creatures by pointing out the them their errors and the means of correction. He can thus keep many, who would otherwise makes a man the leader of men and nations, a poet, a philosopher, a statesman and what not.

Revolutions and force often draw more popular attention than slow and silent evolution. The achievements of solders are often regarded as mightier than those of scientists, poets and philosophers. The soldier wins victory of his country at the cost of weaker nations, but the writers for all men. Physical power is confided, limited and often of doubtful efficacy, whereas, the power of the mind is limitless and slowly permeates humanity. 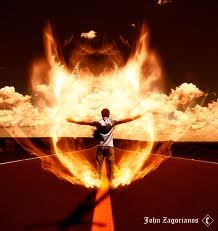 Knowledge has honored man with mastery over Nature. The different elements in Nature have been brought under subjection and made to serve mankind. Scientific inventions and discoveries, which have added so much to the civilization of the world, are nothing but the results of knowledge. What are the invention of the steam engine and the establishment  of railways, the invention of electricity and its application to telegraphy, telephony and host of other things, the invention of the mariner’s compass and the airplane, the computers and the mobile phones, which have contributed so much to the wealth and power of the world? Knowledge alone has rendered these possible. Can anything, then, be considered to be more powerful than knowledge? 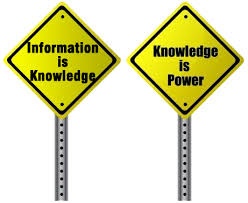 Man is apparently the weakest creature in the universe and yet by virtue of his immense knowledge he is the strongest of all. He has subdued not only the animals but the unruly forces of nature, as well. He travels over the oceans and flies into the skies. He has penetrated to the nucleus of atoms and looks into galaxies billions of light years away. He understands the mysteries of micro organisms and the universal principles governing the motion of distant planets. Indeed, man has compassed such enormous knowledge and, in consequence, exercises such great power over the forces of nature.

Indeed knowledge is a power and those who purse it are endowed with real strength.

A mother, I live in Afghanistan.There is no safety here, no feelingfor humanity, no feeling for a lo…

HUGE EARNING OPPORTUNITY FOR ALL

7 Temptations That Can Ruin Your Relationship

How do we Fight Sin as Christians?

As Christians you see 'SIN' differently compared to other people. Sin to you is a nuisance with your…

Cosmonauts Of Russia go out to the ISS