Did you realize and recognize that your life on earth is precious? Some people don’t even think how important a life is to everyone. There are bad one’s who stole other’s lives. They didn’t think that each one must live for their own purpose. They don’t hesitate to put someone to death. Why is it that there are people like that? I don’t know why they became that kind of person. Some said maybe because of money, power, jealousy and other negative things. It’s reality that it is rampant in our days now; people who took other people lives’; killings everywhere! I've seen a lot in the news of brutalities of bad people. Even little children were killed and dumped in rivers. Old men and women also were victims. Those people don't even have conscience! Nor was cleared for parents and teachers, they are also one of the victims. Lately, I was so shocked! I've read in Yahoo news about a teacher murdered by a 15 year old student. At first, I was thinking, how come the student did that?!

Here is what the news said, credits to yahoo news by Michael Holden. "

William Cornick, then aged 15, murdered Ann Maguire, 61, in April in what was believed to be the first killing of a British teacher by a student in almost 20 years, sending shockwaves around the country where violent school incidents are rare.

"This tragic case has shocked the nation," said Peter Mann, head of the complex casework unit at the regional prosecution office. He said the teenager had shown no remorse at all for what he had done.

"While his deep-seated hatred for Ann appears incomprehensible, we are clear that he calmly and methodically planned this cold-blooded attack on her."

Leeds Crown Court heard Cornick, now 16, had long planned the attack on Maguire, a popular teacher at Corpus Christi Catholic College in the city, about 175 miles (280 km) north of London. During a lesson, he repeatedly stabbed her in front of about 30 traumatized pupils with a kitchen knife.

After the attack, he sat back down next to his classmate and said out loud "good times".

The court was told he was the son of "responsible and caring parents", but friends felt his personality had become disturbed as he got older.

After the murder he told one psychiatrist: "It’s kill or be killed. I did not have a choice. It was killing her or suicide".

Asked about the impact on Maguire's family, he said: "I know the victim’s family will be upset but I don’t care. In my eyes, everything I’ve done is fine and dandy."

Cornick was told he would spend a minimum of 20 years behind bars after he pleaded guilty to murder.

"There can be no doubt that the defendant is highly dangerous," said the judge Peter Coulson.

Maguire, a mother of two, taught Spanish and religious education, and had worked at the school for nearly 40 years. She had been due to retire in the summer.

Although there has been growing concern about knife attacks involving teenagers in Britain, violence inside schools is uncommon.

"Thankfully this is an isolated occurrence which should not be seen as an indicator of any serious violent crime issues within Corpus Christi college or any other schools in Leeds," local commander Superintendent Paul Money told reporters.

Maguire was believed to be the first school teacher to be killed by a student since Philip Lawrence, a London headmaster, was stabbed at the gates of his senior school in 1995.

The worst-ever attack on a school in Britain was at the Dunblane Primary School in Scotland in March 1996 when Thomas Hamilton, 43, entered the school armed with four handguns, killing 16 children and one adult before committing suicide.”-end

I am very dismayed of this facts! Why not just spread love to each other? Why not help each other and have a harmonious life? Why not live each day with happiness, sharing each one's blessings? Is unity that hard to do?

Life is so precious because it is only given to us once. We must take care of it and respect its purpose instead of taking that away from a person. 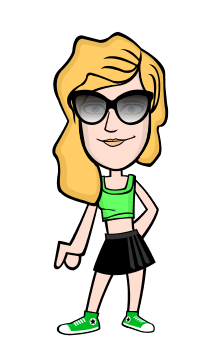 Shinjie is a girl who loves her family so much; happy with her friends together; love to dance and sing; can draw her favorite anime characters; inspired to write her thoughts; ideas and experiences in life. I am currently working as an office assistant in a school in our country.…