Preparation of Gel for SDS-PAGE

In an applied electrical field, the SDS-treated proteins will move toward the cathode at different rates
depending on their molecular weight. These different mobilities will be exaggerated by the high-friction
environment of a gel matrix. The gel matrix used for SDS-PAGE is polyacrylamide, which is a good choice
because it is chemically inert and, crucially, can easily be made up at a variety concentrations to
produce different pore sizes giving a variety of separating conditions that can be changed depending on
the needs.

The electrophoretic apparatus was disassembled and the glass plates were first washed with water and
afterwards they were cleansed with an alcohol and a soft tissue. Then, the resolving gel was prepared by
mixing approximately 4.0 mL of water, 3.3 mL acrylamide solution, 2.5 mL 0.5 M Tris-HCL, 1.0 mL of 10%
SDS solution, 0.06 mL of 10% ammonium persulfate and 0.004 mL of TEMED in a regular test tube. A
micropipette was used in order to transfer the small volume of the various reagent mentioned.
Subsequently, a micropipette was also utilized to fill the plates with the prepared resolving gel. An
ample amount of ethanol was poured on top of the gel to prevent oxygen from diffusing and to promote
polymerization. The mixture was allowed to stand for few minutes until the gel hardened.

During the experiment, it was observed that when water, acrylamide solution, Tris-HCL, 10% SDS
solution, 10% ammonium persulfate and TEMED were combined the liquid solution hardens after
several minutes and produces the resolving gel.

Acrylamide polymerizes spontaneously in the absence of oxygen, so the polymerization process involves
complete removal of oxygen from the solution. The use of ammonium persulfate and TEMED in the
preparation of the gel initiates the polymerization of acrylamide. TEMED and Ammonium persulfate
serves as a source of free-radical and stabilizer for the polymerization reaction, thus, it follows a freeradical
reaction [1]. The free radicals transfer electrons to the acrylamide/bisacrylamide monomers,
radicalizing them and causing them to react with each other to form the polyacrylamide chain. In the
absence of bis-acrylamide, the acrylamide would polymerise into long strands, not a porous gel. But as
the diagram shows, bis-acrylamide cross-links the acrylamide chains and this is what gives rise to the
formation of the porous gel matrix. The amount of crosslinking, and therefore the pore size and
consequent separation properties of the gel can be controlled by varying the ratio of acrylamide to bisacrylamide.

Tris-HCl is used as buffer for the gel. Addition of Tris-HCl makes the pH of the gel low making the
proteins to release lose a lot of their charge and decrease their mobility [2].

Glycine can exist in three different charge states, positive, neutral or negative depending on the pH.
Control of the charge state of the glycine by the different buffers is the key to the whole stacking gel
principle.

When the power is turned on, the negatively-charged glycine ions in the pH 8.3 electrode buffer are
forced to enter the stacking gel, where the pH is 6.8. In this environment glycine switches predominantly
to the zwitterionic (neutrally charged) state. This loss of charge causes them to move very slowly in the
electric field. The Cl- ions (from Tris-HCl) on the other hand, move much more quickly in the electric field
and they form an ion front that migrates ahead of the glycine. The separation of Cl- from the Tris
counter-ion (which is now moving towards the cathode) creates a narrow zone with a steep voltage
gradient that pulls the glycine along behind it, resulting in two narrowly separated fronts of migrating
ions; the highly mobile Cl- front, followed by the slower, mostly neutral glycine front. All of the proteins
in the gel sample have an electrophoretic mobility that is intermediate between the extreme of the
mobility of the glycine and Cl-so when the two fronts sweep through the sample well the proteins are
concentrated into the narrow zone between the Cl- and glycine fronts.

Moreover, the electrophoretic method makes use of the detergent sodium dodecyl sulfate (SDS). SDS binds to the most proteins in amounts roughly proportional to the molecular weight, about one
molecule per two amino acid residues [3]. The bound SDS contributes a large net negative charge,
rendering the intrinsic charge of the protein insignificant and conferring on each protein similar mass-to-charge ratio [4]. In adition, SDS binding partially unfolds protein and helps in breaking it down as it flows
down the gel [3].

The resolving gel serves as the environment for the proteins as they move at different rates due to
potential difference. Moreover it acts as molecular sieve for the protein, slowing the migration of the
proteins.

SDS breaks up the two- and three-dimensional structure of the proteins by adding negative charge to
the amino acids. Since like charges repel, the proteins are more-or-less straightened out, immediately
rendering them functionless [7]. Some quaternary structure may remain due to disulfide bonding
(covalent) and due to covalent and noncovalent linkages to other types molecules.

In the methodology, ethanol was poured to the gel. Its main purpose is to make the gel smooth. Ethanol
holds very little water in solution, forming a neat layer on top. Water would make an effective overlay
but would mix with the acrylamide solution, diluting it. In fact, the butanol used is saturated with water
so that it does not dry out the gel mix [5].

The stacking gel has a low concentration of acrylamide and the running gel a higher concentration
capable of retarding the movement of the proteins. This is because the stacker is simply designed to
perform as a matrix through which samples will pass as they are caught up between moving boundaries
[6]. It is not designed for uniform separation of proteins. Sufficient amount of acrylamide is enough in
order to permit stacking of very large proteins and still retain mechanical strength to make good sample
wells. 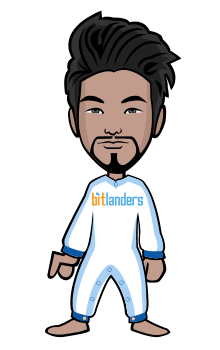 images source:pixabay.com Hi, I am back with a new blog. Today the blog I am writing about is relate…

Image source google.com Unusual situations may arise in the function of the kidney by factors origin…

The term biology is derived from the Greek word ί, bios, "life" and the suffix -ί, -logia, "study …