In the year 2015, news about the death of a Philippine Eagle named Pamana circulated around the Philippines. Pamana is a Filipino word for legacy. She was three years old, released into the wild in honor of the Philippine Independence day but just a few weeks after, her tracker showed mortality mode, thus causing them to search for the eagle. Then she was found with a bullet hole in her chest, causing her death.

Philippine Monkey-Eating Eagle is Philippines' national bird and is declared critically-endangered. They are only endemic to the country and only around 400 pairs are left in the wild. The low number of eagles is alarming and if the government won't do anything about it, there's a high probability that the future generation won't be able to see these magnificent birds. 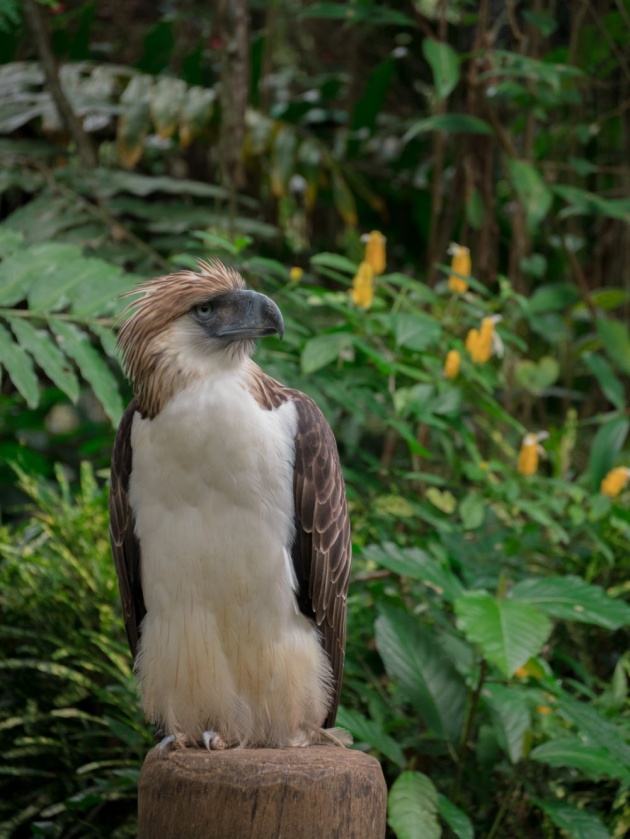 The Philippine Eagle Foundation aims to preserve and save our national living treasures for the Filipino and the entire world. Our future generation deserves to see these birds and be awed by just merely their presence. Thus, it was also my personal goal to see them up close and personal. The Philippine Eagle Center in Davao City is the best place to go.

So, when I booked a ticket to Davao City, visiting the Philippine Eagle Center was my top priority. And so, it was the very first place that we came to during our first day in Davao City.

Fierce eyes, attentive behaviors, and pretty feathers, these are just some of the things that I could describe our Philippine Eagle. I could only read them on textbooks back in my school days.

Our national bird is also our national heritage, one good reason why we as Filipinos have the responsibility of caring and protecting this territorial bird. 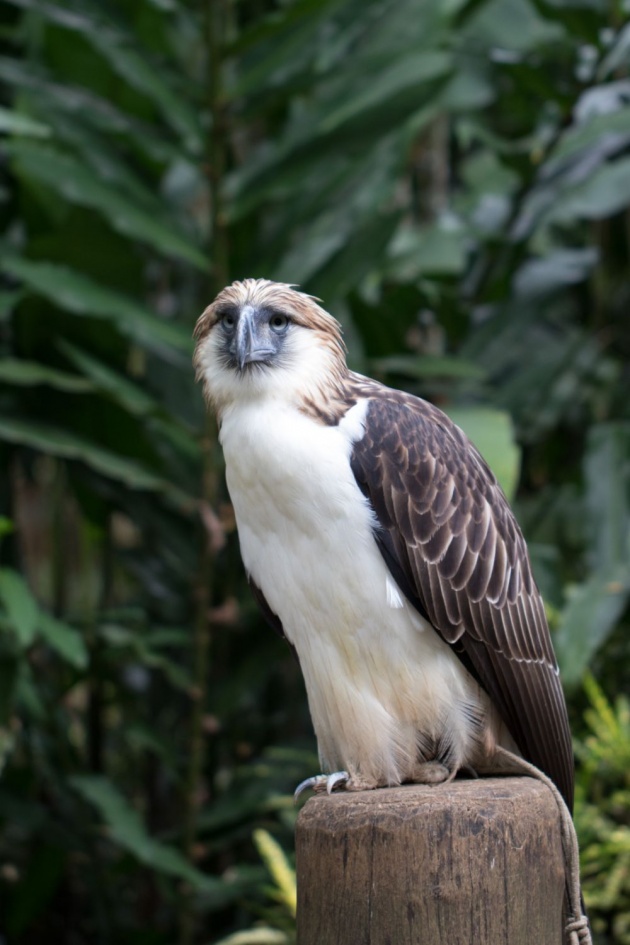 Previously called Philippine Monkey Eating Eagle, obviously, the reason why called as such is its behavior of eating flying lemurs and monkeys in the wild. A mature Eagle can grow to three feet with a wingspan of around seven feet, this is twice bigger than its body and is the broadest in the entire world. It has a distinctly extensive arched beak and long crown feathers which make it beautiful. Additionally, it is the only blue-eyed bird in the world, with eyes that can see eight times the distance than that of humans. Isn't it beautiful? I find it very rare thus giving us more reason to be a help in preserving its species as well as conserving forests as one Eagle requires around seven thousand hectares of full-grown low land forest.

Each Eagle is loyal to only one mate, a pair can only produce one egg in two years, the pair has to wait for another two years when the offspring is already ready on its own to live before they could produce another one. 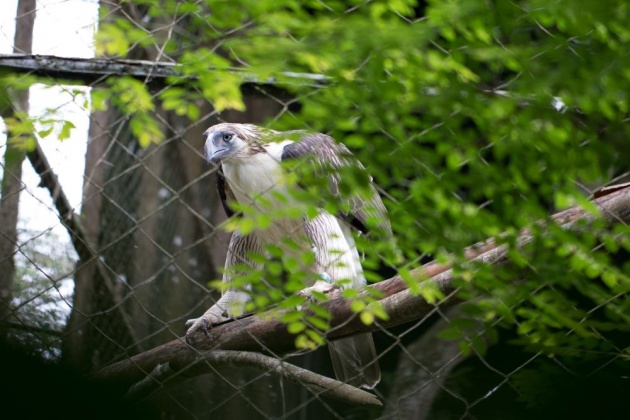 The Philippine Eagle as how it is mostly called is very vulnerable to human misconducts, poaching, and hunting but most especially, the destruction of forests and mountains too which is also caused by human beings.

The Eagles have the tendency to fly to open space for food, with the great tendency of exposure to humans, just like Pamana, hunters use air guns to kill them for reason that we don't know of. It is heartbreaking to know that there are people who consider this fun, it is definitely not and PEF or the Philippine Eagle Foundation has been doing their best to inform and educate the people around the localities as well as hire guards to the forests around where these Eagles mostly are seen. 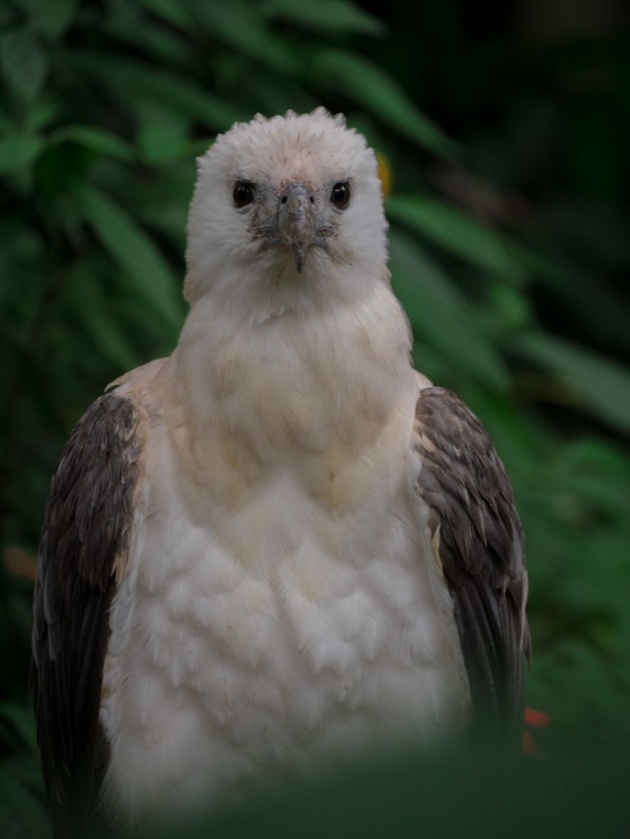 In the year 1969, through the efforts of Filipino scientist Dr. Dioscoro Rabor and famous aviator, Charles A. Lindbergh, the Monkey-Eating Eagle Conservation Program was founded. Because of several events from that year on, including the death of one of the founders, the efforts almost retreated but with the successful captive breeding and hatching of Pag-Asa, meaning hope and Pagkakaisa, meaning unity in 1992, all the efforts and hard work of the nonprofit organization PEF paid off.

The long aim was attained on that very day, with the news, it caught the attention of the community, the public, and the entire world. From that time on, more and more are helping out in this effort both morally and financially.

Currently, there are around 33 or more eagles in captivity within the center. All of them are being adopted by private individuals who are there to ensure that the birds have food to eat on a daily basis and also that they are given utmost care and love. 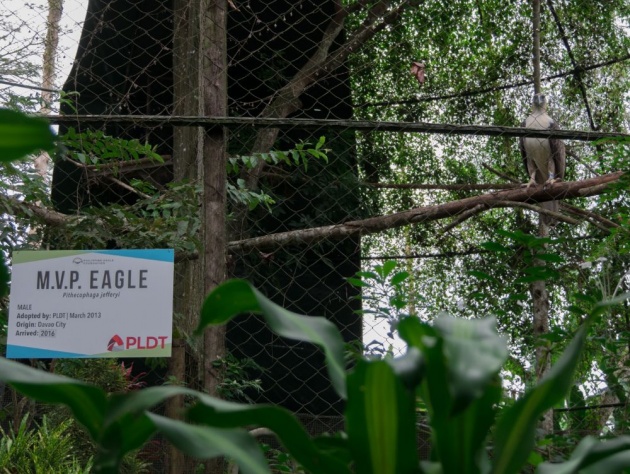 The preservation of Philippine Eagles can't be done by one group alone, it has to be a collective effort thus, the adoption of these Eagles came in hand.

By adopting one, the adoptive person or company advances the research, rescue, education and other action efforts to save and protect the Philippine Eagles. An estimated amount of Php 150,000 is being provided by the adoptor to the Philippine Eagle Center in order to take care of the specific Eagle. Each adoptor can also choose the name of the Eagle. 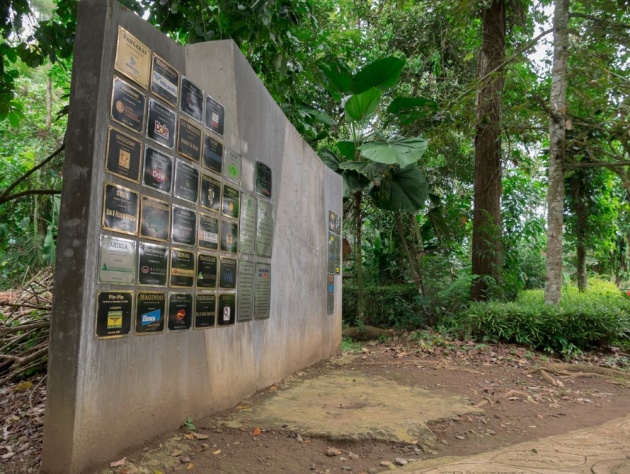 One of the many personalities who adopted an Eagle is Lance Gokongwei, the president and chief executive officer of Cebu Pacific, one of the airlines in the country. He named the Eagle, Mindanao from one of the three island groups in the Philippines. Here's his statement during the adoption:

“The Philippine eagle is a significant part of our country’s thriving ecosystem. We encourage everyone to help preserve this national icon until they can fly freely, without threat in their natural habitats."

I do hope that there will be more companies who'd extend help and effort in adopting the Eagles of PEC. Aside from adoption, the center is also raising funds in order to create an additional aviary and bigger cages for those mature ones most especially for the breeding. 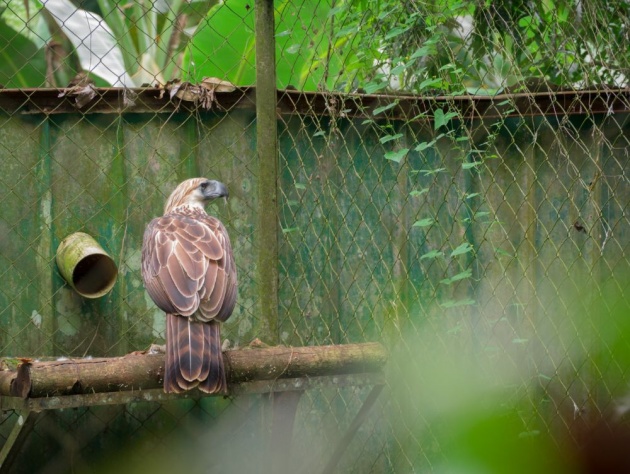 But aside from that, the center also accepts donations. Currently, there are three donation options as follows: 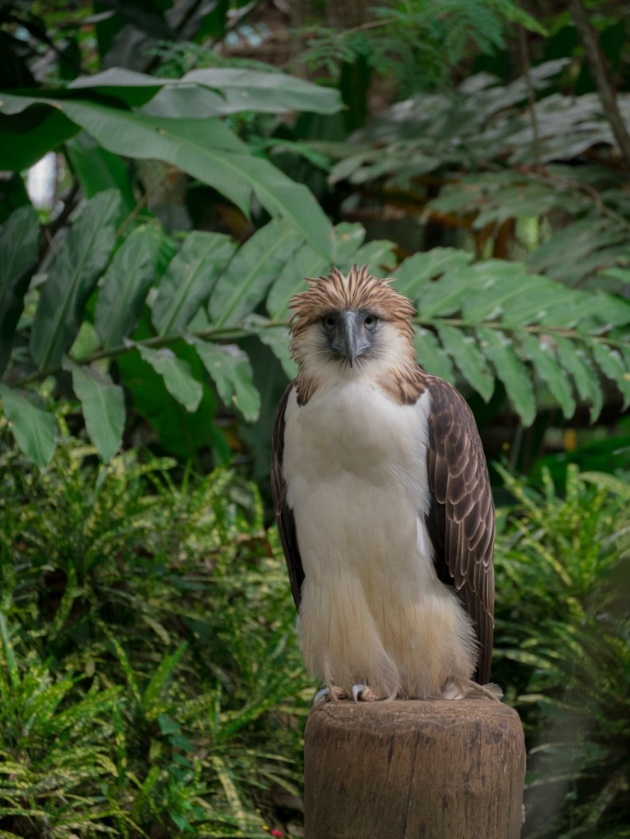 Natural breeding is actually a challenge because of the limited breeding environment. With the donations, the center can build more and bigger aviaries. 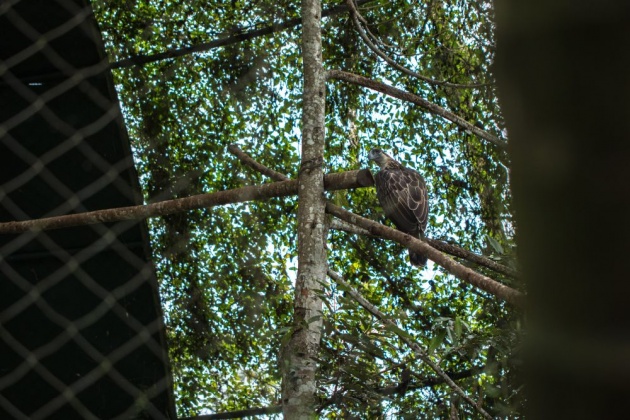 A single Eagle requires 7,000 hectares of low land forest to survive. With the amount given to this project, it can help protect the forest and lands of the Philippine Eagle from any deforestation, illegal logging and other destructive activities.

Through engaging the local tribes of the land by converting them to be forest guards, they can monitor and navigate the mountains to secure that the national birds can nest without harm. 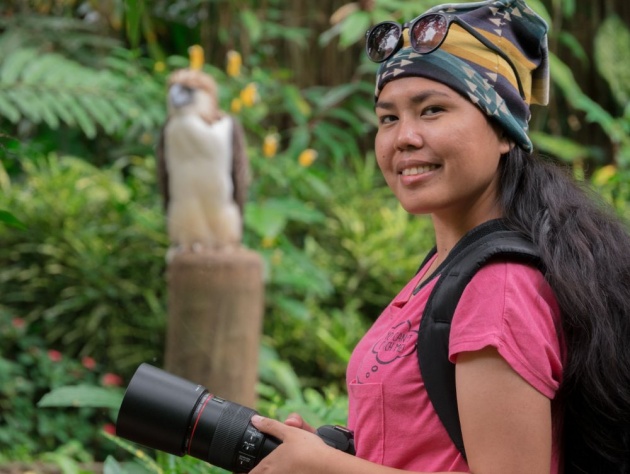 The objective of this project is still to protect the Eagles as most of these land areas where they nest are now surrounded by human communities. With that, it is an aim to build a culture-based conservation approach which involves the communities and indigenous people by providing free education and livelihood programs which relate to the protection of the forest and Eagles.

With the experience of seeing the great Philippine Eagle, it awakens the patriotism both within me and my husband to help and promote the preservation and conservation of the Philippine Eagle, they are not just another endangered animal to keep but they signify the traits of the Filipino people, its beauty, bravery and freedom expressed in its features and distinct behaviors.

Please do help in spreading information to keep our national treasure available for the generations to come.

Video credits:Alneil Dale LopezviaYouTube Previously, I talked about how we traversed from Malagos G…

Stayed at a Teepee House in Highway 81 Resort