This should be a thing.

Almost every person who has played an online game, especially competitively, has probably heard the stories of hackers and smurf accounts. One of the games that I have the most experience with these issues is in Counter-Strike: Global Offensive. I'm an avid player of the game, and I spend a lot of time playing its competitive game mode, in which I've encountered multiple hackers that have cause my experience to be not as fun.

It looks frustrating doesn't it?

Now, what happens when these hackers get their accounts permanently banned?

They make a new one.

Prime matchmaking is a way to keep these new accounts, made by hackers, from being able to queue for competitive matchmaking again. How? Prime matchmaking requires a phone number, and when your account gets banned, so will your phone number. You must be thinking "hey, what if they use a voip number, or a family members phone number?" Well, they could do that. And if they hack again, they will get that phone number banned as well. Yeah, it's a slightly messy fix, but it's still better than no fix.

How does the banning of phone-number-bound accounts help the competitive scene? You can only bind your phone number to one account, which causes that account to be considered "Prime". Prime accounts can only queue with other prime accounts, and play in prime matches. The more hackers that get banned, the less you will see.

This works for smurf accounts because they can only make one account prime, as said earlier. They have to choose between their account that is ranked low (not actually their rank), or their main account. If they play their main account more often, then they might choose to make that one prime, and they will only be able to play with people their current rank in matches.

What are some other benefits of prime matchmaking. I'll give you some examples from my personal experience. I feel like people who make an account prime, and use that account, knowing they will get banned if they do anything bad, are generally the more serious players of the game. They tend to use voice communication more often, grief less often, and are less toxic in general. I noticed a vast amount of difference in the non-prime and prime games that I played. There was still that chance I would run into hackers, or griefers in a prime match, but I knew that if their account got banned, I would probably never play with them again.

The biggest benefit of prime, is that as more accounts get banned, the less likely you are to play with hackers and griefers, because they will most likely never be able to queue for prime matchmaking again. More and more will get banned, and the matches will become more and more clean over time as the system does what it does best.

That is why I believe more games with competitive scenes should incorporate this system.

All feedback is welcome. 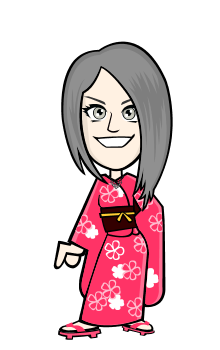 I'm just a zombie who likes to play games~ I also have a lot of other hobbies including (not limited to) photography, writing, video editing, streaming, etc...