Problems against youth in Afghanistan

But this generation of Afghanistan I mean youth generation of has a lot of problems in the way of their purpose that prohibit them of development, the most important thing that is the base of all problems is poverty.
I myself see hundreds of youth and teenagers that do not study and educate because of poverty and lack of economics and in addition they do not work in good jobs that achieve a wealth or can grow their future.

They work as a bus or other transportations cleaner; they clean the boots of people, the keep the shops of shoppers when they are not in and finally they beg.
I think these are works that corrupt the future of a teenager, destroy their minds and morale of teenager and repress the talents of teenagers in addition that they can't get wealth and make much money.

Of course these are good jobs and because it's worse that when this boy grow up and become young with lots of knots he become a thief and rubber, become a kidnapper and???? and finally he become a murderer. Then I say poverty is the base of all problems in society. The next problem against youth is lack of education. 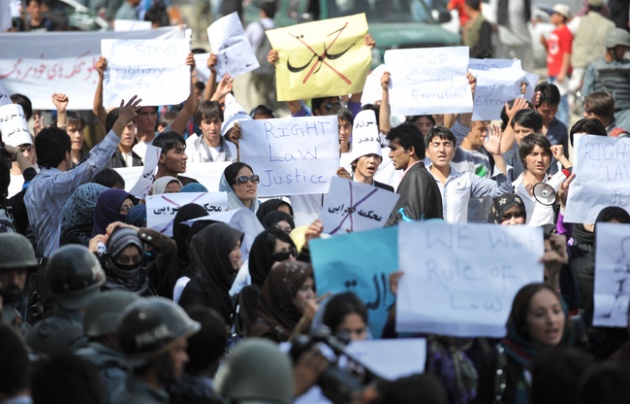 One of the problems that I'm really worried about is educating in Afghanistan and the bad matter that exist in Afghanistan educating system it's that each student study because of the degree and this matter cause that the quality of education become so low in Afghanistan because every one try to finish soon and achieve a high degree certificate to get a good job and earn money.

And the other matter is the bad system of educating in Afghanistan that starts from school follows by horrible program called kankor and continued to university.
I think this system just represses the talent of students and also it creates so bad and unhealthy competition among students.

One of the other problems against Afghan youth is security and calmness, I think a society with out security is nothing, I remember every week 2 or 3 times our lessons disarranged because of an explosion and misrule.
When I study at home I was just worried if my dad and my brother will come back from Bazaar or no; then I didn't know what do read?

Of course these were our small problems because we still have the youth and teenagers that is war in their regions and towns and even do not have school or university to educate and must be illiterate because of insecurity in Afghanistan.