Programmers have always been fond of watching movies related to topics like coding, AI, Hacking etc. But if we think the way round , actually , programmers and hackers have caught attention of guys in Hollywood for a long time . So it's totally up to you to think either way.
A lot of concepts of computer programming have been used in movies. Some of them are just so cool, they even help developers to understand some programming concepts. Usually what I get is , hollywood directors are found to be attracted towards some special disciplines like AI , Hacking , Coding , Legendary hackers , Legendary entrepreneurs (Although entrepreneurship have nothing to do with programming , but here i am talking about programmers who became business tycoons like BILL gates) .
Following provided is a well compiled list of must watch movies.

The Matrix (whole series)
Excellent movie with exceptional concepts. To break it down this movie revolves around concepts of hacking, AI, recursion, loop, matrix, etc.

The Terminator (whole series)
Worth watching movie if you are attracted towards AI and machatronics .

Eagle Eye (2008)
Another worth watching movie based on ultimate concepts of AI and hacking.

Open Windows (2014)
This movies is really worth watching , each and every hacking concept shown in this movie is implementable in real world.

Hackers (1995)
Another movie based on hackers.

The Social Network (2010)
If you can get past the many inaccurate parts of this movie in relation to the real world Marc Zuckerberg then this movie will be entertaining.

Revolution OS (2001)
While Microsoft may be the biggest software company in the world, not every computer user is a fan of their products, or their way of doing business.
So , in that case, welcome to our world of open source operating systems.

Catch Me If You Can (2002)
Actually this movie has nothing to do with programming but SOCIAL ENGINEERING. This movie is tightly based on story of the biggest CON ARTIST of all times frank abagnale jr .

In the Realm of the Hackers (2003 Documentary)
True story about the famous hackers of 1980s , electron and phoenix .

The Internet's Own Boy: The Story of Aaron Swartz (2014 Documentary)
The story of programming prodigy and information activist Aaron Swartz, who took his own life at the age of 26.

Deep Web (2015)
Movie's particular focus is on the FBI capture of the Tor hidden service Silk Road, and the judicial aftermath.

Minority Report (2002)
In a perfect world, murderers would be caught before they could kill, and the innocent would never live in fear.

Inception(2010)
Exceptional movie , if broadly categorized , based on concept like recursion .

Source Code (2011)
If the machine is powered off, then the other world will disappear?

Live Free or Die Hard (2007)
A young hacker join forces to take down a master cyber-terrorist. And an exceptional concept of FIRE SALE.

Hackers Are People Too (2008 Documentary)
Hackers do laundry. Hackers like movies. Hackers are people and could be your neighbors, your brother, your friends.

I know I have left a lot of stuff . But that's all what I have currently in mind . 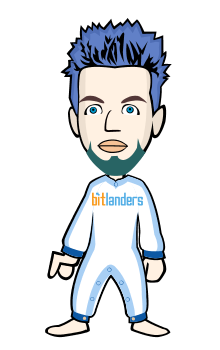