This time I want to share with you some information about one of the prophets whose story was also described in Quran, Prophet Yusuf (as), the most beautiful and wise. 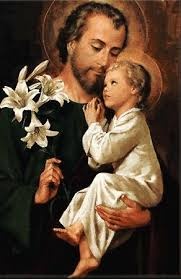 Quran is one of those books which were sent by Almighty Allah to mankind in order to be a guide for all human beings. In this book beside the commandments of Allah, there is also a lot of information about the lives of some prophets that all of them have an advice for us to realize it. One of them is the life story of Prophet Yusuf (as) about whose life there is a complete Sureh in Quran. Prophet Yusuf (as) was the son of Prophet Yaqub (as), he lived with his family in Canaan.

. He and his brother Benjamin were from one mother Rachel and the other brothers were from another mother. Their father loved Prophet Yusuf (as) very much because he was a respectful, kind and handsome boy with a gentle temperament. This caused jealousy in his brothers and they always taught because of Yusuf their father ignores them.

One night when Yusuf was still a child he had a dream and he asked his father its meaning, his father interpreted his dream and also gave him good news:

Yusuf said: “Father I saw eleven bright stars and sun and the moon they all prostrated in front of me.” 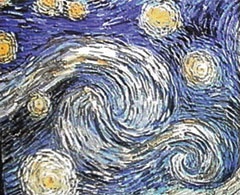 He said: “My son do not tell your brothers about your dream otherwise they will make a plot to injure you , your lord (Allah) will teach you the true meaning of the events and he will perfectly fulfill  his blessing on you as well as your forebears, Ibrahim (as) and Ishaq (as)”.

That night they set a trap and came to their father in order to ask him to let Yusuf go with them.

They said:” Father what is the matter that you do not let Yusuf go with us when we only wish him well? Why don’t you send with us tomorrow and we will all make sure he is safe.” 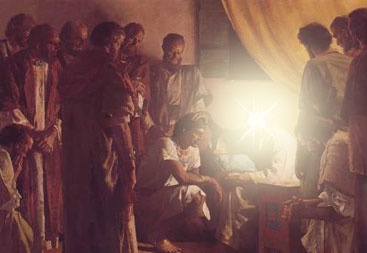 Yaqub said: “I fear that a wolf may come and eat him when you are headless and not attending him.”

They said: “If a wolf come and eat him up at the time, when we make a powerful group so in that case we are surely losers.”

Prophet Yaqub (as) was disagree to send Yusuf with them but when they maintained that they will protect him, he finally decided to send Prophet Yusuf (as) with them. That night they were so excited that now they could get rid of Yusuf. Tomorrow on leaving home they directly went to the well, and with the help of each other they put Prophet Yusuf (as) down the well. In that time Allah revealed to Prophet Yusuf (as) that he was safe and he should not be frightened. 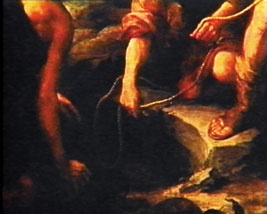 That night they came to Prophet Yaqub (as) with tears saying:

“Father! We went out for running a race and left Yusuf with our things and then a wolf has come and ate him.” 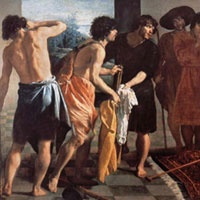 He replied : “ it is clear that your own selves has suggested something to you which you did, for me beauty is in being patient. It is only Allah who is my help in this event that you describe.

One day some travelers came in that way and stopped beside that well for drinking water and then they dispatched their water drawer to let his bucket down.He said:” Good news! I found a boy.” And they hide Prophet Yusuf (as) among their goods and continued tiers trip to Egypt. 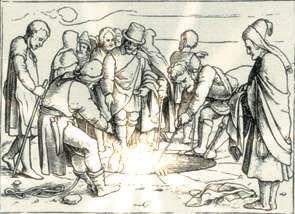 These were all the destiny of Prophet Yusuf (as). All over the Egypt the news spread that a beautiful slave was on sale, many people has come to slave market and everybody wanted to buy him, each buyer trying to outbid the other. Finally, the Aziz, who was the chief minister of Egypt could outbid all of them and buy Prophet Yusuf (as). He took Prophet Yusuf (as) to his mansion, and made him the personal attendant of his wife zulaikha. 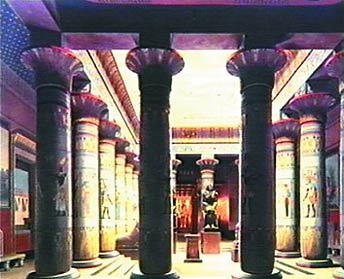