Matt Preston with Penguin cookbook authors George Calombaris and Gary Mehigan. Photo: Scott Barbour/Getty Images. Penguin’s Lantern imprint, publisher of one of Australia’s top selling cookbooks, Stephanie Alexander’s The Cook’s Companion, has fallen victim to the digital era, with its Sydney-based parent company, Penguin Random House, announcing it will cut the books it publishes in 2016 and its publishing director, Julie Gibbs, will depart at the end of the year. Lantern was created by Gibbs, regarded as the doyenne of food publishers, in 2004. Over the past decade, a who’s who of Australian chefs, including Thai expert David Thompson, French chef Guillaume Brahimi, Masterchef judges George Calombaris and Gary Mehigan, Karen Martini and Kylie Kwong published best-sellers under the Lantern imprint. Rockpool chef Neil Perry’s new book, Spice Temple, comes out under Lantern later this year. It produces opulent illustrated books – The Cook’s Companion is priced at $130 – that won international awards for design, including travel, gardening, lifestyle, interior design and art books. Penguin merged with another global publishing giant, Random House, in 2013. Penguin Random House Australian CEO Gabrielle Coyne said the changing retail market meant support for illustrated books was falling. “The prevailing market conditions mean there is no longer the retail footprint there once was to support the number of illustrated books in our future 2016 and 2017 programme,” she said. “With this changing base, we are unable to achieve the commercial success we and our authors desire.” The business was also burnt by health blogger Belle Gibson and was forced to withdraw her cookbook, The Whole Pantry, earlier this year after details of the false illness she based her business on emerged. The cutbacks at Lantern essentially herald the end of the golden era of cookbook publishing. Lantern’s once great rival, Murdoch Books, was owned by Rupert Murdoch’s nephew Matt Handbury, and endured major redundancies in early 2012 before the business was sold to Allen and Unwin later that year. 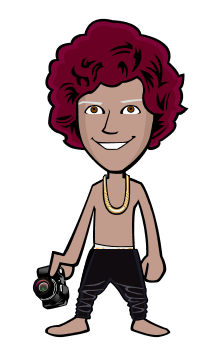 LEARN ENGLISH LANGUAGE THROUGH MY VIDEOS ON Bitlanders

henry miller died at 89 in paris