Punjab police: To (not) serve and protect

'Jinnah', the movie by Jamil Dehlavi, documents a scene from the pre-independence days, wherein a group of protesters walking towards the Governor’s House are rounded up by an agitated English administrator, who orders his subordinates to soundly beat the protesters up to a pulp. Exhorted by his wife, Quaid-e-Azam Muhammad Ali Jinnah rushes, and saves the unarmed activists from this brutality.

Now, almost a century later, in Lahore, a group of protesters were walking down the road towards the Chief Minister's Secretariat when they were, in likewise manner, rounded up and beaten by the protectors – the police. Unfortunately, there was no Jinnah to save them from this affliction.

One cannot divorce the two events. Yes, the protesters in the latter event may ostensibly be free citizens of a sovereign state, and were beaten up by an independent-minded police force; but independence, sovereignty, equality, freedom and dignity just happen to be words that fly around in the conversations of idealists here, with little value at ground level.

Take a look: SC moved to act against police thrashing of the blind

I would have called it ‘business as usual’ for Pakistan. After all, we continue to do corruption on Anti-Corruption Day, female harassment on Women’s Rights Day and human rights violations of all magnitude and kind on International Human Rights Day.

In here you would find labourers – just the labourers – working on the 1st of May – Labour Day – when the rest of the country decides to lay back and enjoy the umpteenth holiday awarded to them by a government that is on holiday all the year round.

But no, even for Pakistan, even for this dreadful state where every wrong finds a niche, even in this strange country of injustice and lies, this was a new low.

Beating unarmed, blind people on the World Disability Day ... you just cannot match that level of callousness even if you will.

This is one special case where even if there is a will, there would never be a way – unless you are Punjab police, that is.

Can words really describe the Punjab police anymore? This nefarious group of strongmen, with an ever-blackening reputation, always seem to have a new low up their sleeves. But always, their message is of the same strain: this country reserves its perks for the privileged and its sticks for the society.

Time after time, the 'institution' of Punjab police has given us signs of the level of incompetence and barbarity it can descend to. The danger alarms, though, are conveniently ignored by those at the helm.

Zaeem Qadri, the Punjab government spokesman immediately shrugged off the event, claiming there had been no baton charge, despite videos circulating around and being shown on almost all the news channels.

Every excess of police (especially the Punjab police which has lately been acting only as a private militia of a few), is shrugged away with the same indifference. The powers that are, utter a few words of condemnation and set up an inquiry committee or two. The findings are withheld until the public rage subsides, then brushed under the carpet and everyone goes back to work.

Had the government's response been sincere in the aftermath of the incident involving the PAT workers back in June, could this have occurred? Absolutely not.

Would the suspensions meted out as punishment for violating the dignity of an already marginalised group – suspensions and not evictions – do the trick? Absolutely not.

We all know the suspended will soon be serving in another vicinity with as much inhumanity and no lessons learnt.

If the purpose of a law is deterrence, its non-enforcement makes the whole exercise of drafting and passing laws spurious. Article 155(d) of the Police Order 2002, when read in conjunction with the Articles 3 and 4 of the same act, says that a failure of this magnitude in the line of duty is punishable with up to three years' imprisonment.

Simultaneously, Article 156(d) of the Act makes torture in custody a deed worthy of punishment of up to five years (though definition of custody is amiss).

In addition, convicted policemen would be disallowed to continue ‘public service’ (euphemism for public persecution, of course, in this country).

These legal debates do not have an audience in Pakistan, however. Like the much flouted Article 6 of the Constitution, I for once have not seen many being charged, let alone convicted, under this order.

So, toughened by this patronage from top, and indifference from everywhere else, these children of the colonial era, who have inherited the violent ways from their British godfathers of the early twentieth century, continue to wreak havoc unabashedly. Public, for them, is merely meat waiting to be tenderised.

I do have empathy for the overworked, underpaid, excessively criticised, little appreciated and acutely politicised police force, but no matter the anguish and the frustration within the ranks, could these acts ever be condoned?

The police excels at everything but policing. This incident was just one more symptom of a rotten system that keeps on rotting more from within.

How many more examples do we need before we can finally come to terms with the failure of the entire structure of police in Pakistan?

Acquiring an equivalent of the Scandinavian model of police is a far cry, but are we not capable of basic humanity either?

If the wardens could change the perception of traffic police manifestly, can we not do a similar overhauling of the regular police as well? 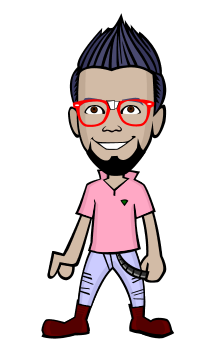 But hero shoot them with allabilities with save himself. At that time two gunday come behind his bac…