Puppy theft for ransom in Vietnam to press the UK

The Guardian (UK) published articles reflect the concerns of the previous dog puppy theft for ransom in Vietnam.

In a sunny afternoon this weekend, dozens of people along with their pet dog focused perched at a park near Lotus Lake (Tay Ho district, Hanoi). Fun atmosphere but people focused on one topic, such as dog theft for ransom, according to the Guardian.

"When I was watching a World Cup final, our dog in the backyard theft", a man named Hai (40 years old), shared with the Guardian when he and his daughter and dog animal sitting in this park.

"A growing number of dog thefts like this because today many people really love dogs. Dogs are not just for slaughter as before, but now, it is a member of the family. Thieves know they can make money by breeding on the dog "Hai said.

Vietnam's economy should grow earnings and increase people's lifestyle changes. More and more Vietnamese people living alone to concentrate on his career and they want to elect pet beside you, according to the Guardian.

Trends in pet dogs with the same strange appearance in Vietnam in recent years, Mr. Wayne Capriotti, the magazine's editor Pets Mexico, the first magazine about pets in Vietnam, said.

Pet shop first opened in Saigon in 2005, but before it does not have a store. We have about 50 pet shop in Saigon and Hanoi have 20-25 stores, "he said Capriotti.

Many pet owners in Vietnam also began sharing information about pet on Facebook. For example the "Council of cat and dog lovers in Hanoi" was established on January 5.2014 and so far attracted nearly 20,000 members, according to the Guardian.

"Now I can find any I liked cat breeds in Vietnam. A few years ago, this is not possible, "he said Capriotti.

"These thieves know the dog breed German values​​. After stealing these dogs, they will sell to others or keep for ransom dog to its owner. "

Vietnam is a country famous dogs should consume an estimated 5 million dogs are slaughtered every year, the Guardian said.

Theft of dog meat for sale is mentioned many times in the media means Vietnam, but this appeared more puppy theft for ransom.

"Since being appointed, I have heard no reports of dog thefts ransom," the Guardian quoted Nguyen Anh Tuan, Tay Ho district police chiefs.

But in 10 dogs Guardian has interviewed, only one said he had never heard of dog information stolen for ransom.

And with up to 6 people said their friend had stolen the puppy and pay ransom for thieves if you want to get the dog back. The other two said they knew about the burglary ransom dogs in Vietnam through the internet.

In addition, four members of the Club dog lovers on Facebook Hanoi said their pet was stolen last month and they have money in ransom, according to the Guardian. But no one said they would report to the police because they do not have proof of dog ownership.

"This is a matter of concern. Most pet stores sell pets no clear invoices, "said Capriotti said.

She Hisui Kobayashi, the Japanese people living Tay Ho, said she had to spend 750 dollars to redeem her dog stolen.

But Ms. Kobayashi said she could have redeemed the $ 250 dog if she refuses to listen to the advice of local people. Accordingly, they advised her dog posters with photos and phone numbers around where she lived, "the thieves will return a week later to negotiate a ransom to retrieve the dog."

As noted by the Guardian, who lost a dog can also find his adopted dogs at the pet shop in Hanoi but to pay.

"These merchants to shop for our dogs, but they do not have the receipts so we know they will not steal the dog or not?", A pet shop owner in the Bach Mai (Ha Cabinet), told the Guardian.

The owner also told the Guardian please leave a contact phone and stole photos of dogs to help but he found the money.

Pointing to the German Spaniel dog cages, shop owner said his store could get $ 400 if an employer wants to atone for dogs like this.

He thinks that the customs authorities should strengthen measures to help people protect their pets.

But Mr Tuan said if dog is stolen, people should report it immediately to the police. "If people do not report how can we help?" Tuan told the Guardian.

Customs now he has his own solution to the problem of dog theft. "Now I lock my dog ​​in a large iron cage at night. It's making sure it was safe, "Mr Hai said. 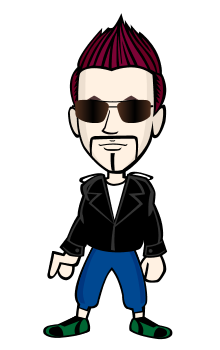 Before I said I was an actress, but I decided to enter the blogging career. Truly I am from the U.K …

Dogs have been called man's best friend. From licking your face when you wake up to sitting on your …