Purpose, Hope & Joy: Confessions of an Autism Warrior Mom. Chapter 2: It's the Journey not the Destination

#HOPE.  I was born with two congenital heart defects; the more severe one, a hole between my right and left ventrical, was repaired at the Mayo Clinic in 1963 by a renowned cardiovascular surgeon, Dr. James Kirklin. At that time the doctors told my parents that I could never do anything athletic for the rest of my life for fear of stressing my heart, and most critically, that I could never be a runner. So I didn't. I rode horses instead. 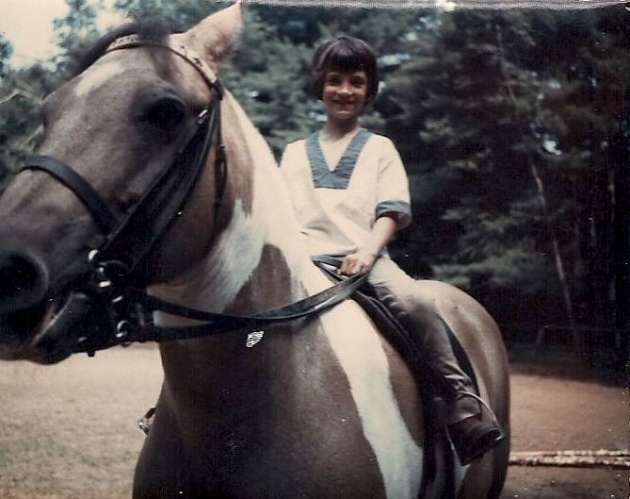 That all changed when my future husband, Mike, came into my life. He got me into the gym and into the sport of Triathlon. I've competed in over 30 triathlons, including several Olympic Distance (1.5K swim, 40K bike, 10K run). 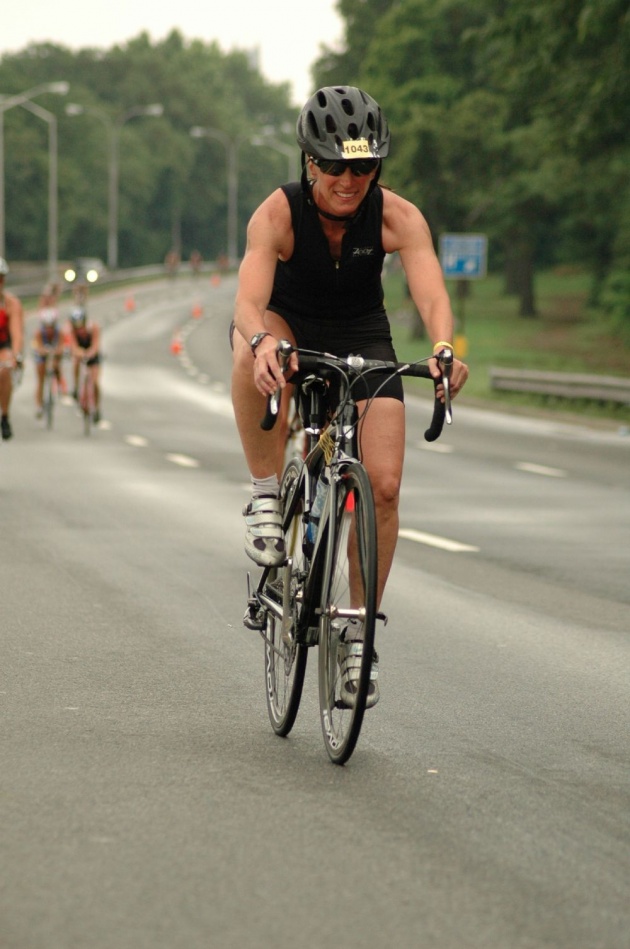 Of the three sports, running was the most challenging for me, perhaps it was that legacy of 'you can never be a runner' that I grew up with. But nothing is impossible. So in 2009 I set my sights on running my first marathon when I turned 50. Instead of running being harmful, it had the opposite effect. It made me feel better. It made me feel happier. It allowed me to cope with the stress and craziness of raising a severely autistic child and running my own business. In November 2010, I completed the New York City Marathon. It was one of the happiest days of my life. Impossible is nothing. 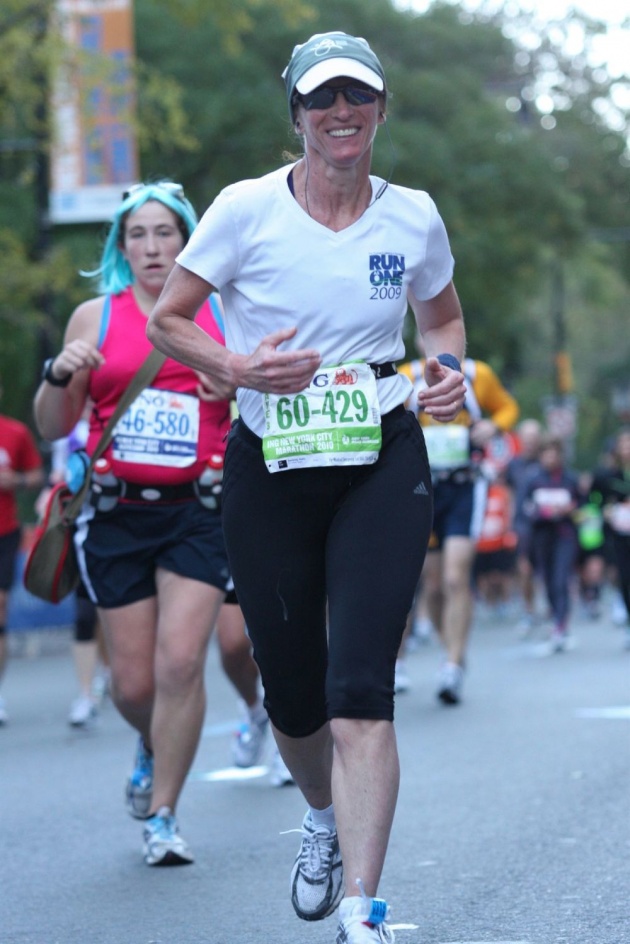 Around that same time, we became involved with Achilles International. Founded in 1983, Achilles provides athletes with disabilities with a community of support. Able-bodied volunteers and disabled runners come together to train in an environment of support and community. I wanted Dusty to experience all the positive energy -- physically, mentally, and spiritually -- that running begets.  In the beginning we started with Achilles Kids fun runs, indoor themed games and relay races.  We soon graduated to running outdoors around Central Park's bridle path.  We started training with a wonderful Achilles guide, Paula Sen, who has become a de facto member of our family. 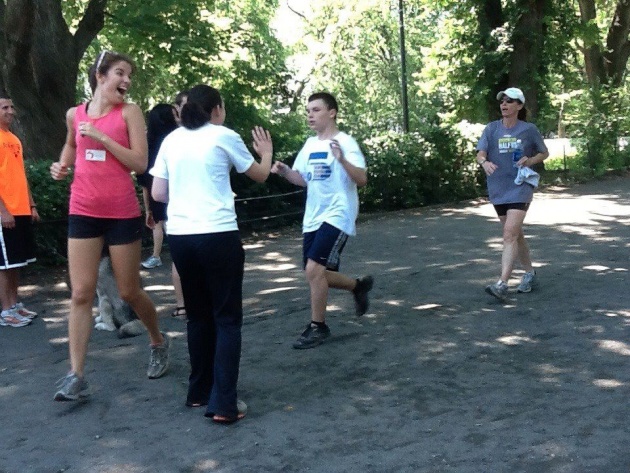 In the beginning, it was a struggle, getting Dusty around the bridle path early on Saturday mornings.  A teenage boy would much rather be sleeping.  And while he would yell "Go to sleeeeeeep" during our training runs, he kept at it. With a smile on his face. So he had to like it, or --  trust me -- he would not let us push and pull and coax and bribe him (gotta love Hershey's miniatures) every week. Our first race was 2012's 5 mile Hope & Possibility, an annual race to benefit Achilles. At Mile 2, he tried to bolt for home. At Mile 4 he sat down on West Drive. But we don't quit. We never quit. He finished -- we finished. 1 hour and 32 minutes.  We kept it up. He graduated to training on the road instead of the bridle path. The four mile loop with Cat Hill (he named it O'Malley Hill after the cat in The Aristocats). The six mile loop with the grueling back hills (there's a reason why they call it 'Great Hill'). The Fifth Avenue Mile being cheered on by the Olympians. 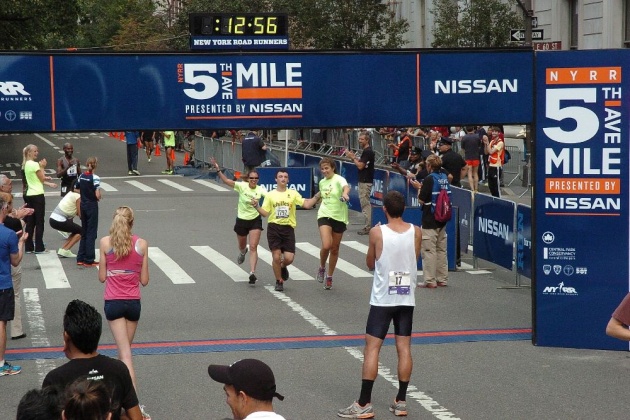 The first time I ran Hope & Possibility, in 2008, I was struggling up Cat (okay, O'Malley) Hill as a double amputee came flying by me. That was it. That was all I needed to realize it's all about inspiration. It's all about having goals. It's all about having hope. That's why we do this. That's why we keep going.  On June 29, 2014, Dusty with the support of Team Sweeney ran his third Hope & Possibility. He shaved 20 minutes off of last year's time and finished in 1:03:36. 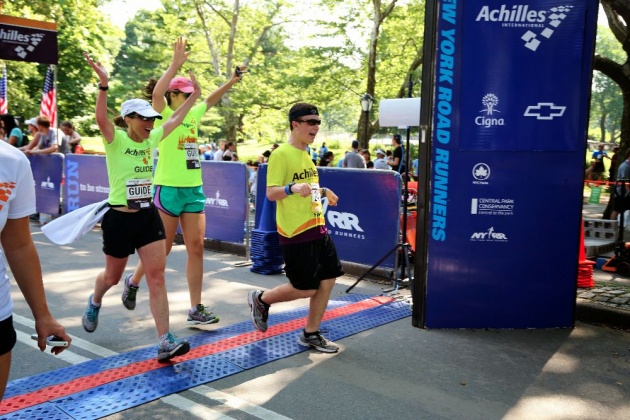 There is no doubt that running has played a significant role in the progress we have seen in the past two years in terms of Dusty's behavior and overall mental state. He is calmer. He is more engaged. And most importantly, he is happier. And for that we are grateful. And for that we are hopeful. 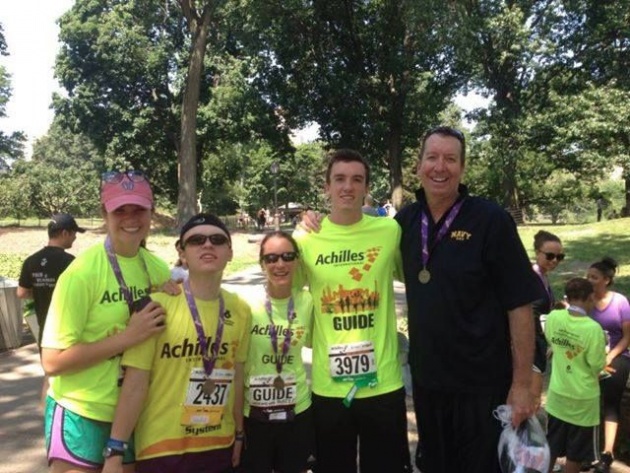 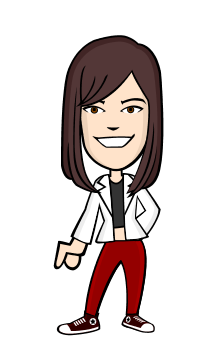 A Message from our friend Jodi Gomes.

A message from our Friend Jodi Gomes to mark Autism Awareness this month. Please take a minute and f…

Wake Up To Autism!

Let us celebrate this year by pledging to wear Blue April 2nd. Autism Awareness is not just a fad or…