Well, without any doubt we are living in the most high-tech century in the World, where innovating new things and upgrading new technologies has become just a normal thing in office. The new technologies are ready to overtake the previous ones, to remove the drawbacks in the current versions, or to make more reliable and easy to use. There are things which look very ordinary but are very interesting in their operations. About which my blog is, the myths of QR code and Barcode, we’ll discover their mechanism in this write. 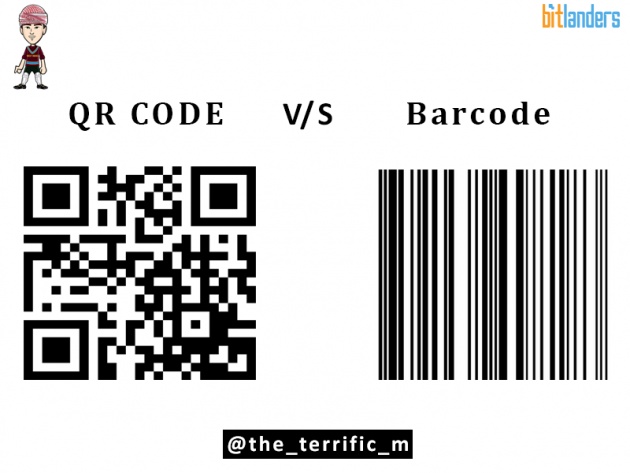 Image source: edited by me.

Looking very ordinary, you will find these QR codes and Barcode at schools, offices, firms, shopping marts, used by big companies, small businesses even at everywhere. It could be very small in looking but actually it contains some important information and hold some amazing references. They both are as important in current’s world as they hold data in them, and anything that can have data meant to be so important. However, as the days are passing the barcode seems to become obsolete, and as an alternative the QR code taking its place for various reasons. So, in this blog, I’ll differentiate between QR code and Barcode, highlight their working phenomenon and usages. So Here's all you need to know about:

The journey of the barcode is quite old and long but interesting. The idea of barcode development came in a way that Bernard Silver and Norman Joseph Woodland started their researching work to automatically read product information and characteristics during shopping mart or checkout after a request from the respective supply chain. Finally, Silver and Woodland comes up with patenting the first ever barcode symbology, which looks just like a bulls-eye!

This is how the barcode was looked like a bulls-eye at first.

The first ever use of barcode…

We’ve seen the barcode on the products such as the food we buy, books, movies, and basically every modern consumer good. But the fact of the matter is that the use of the barcode on consumer products came far long after its original intended use – as it was used as the labeling of railroad cars. And that’s true, the barcode first came into use to mark railroad cars, although they weren’t universally accepted until the grocery checkout system has been launched.

American David Collins created the first commercial commercially used barcode in 1959 onwards for identifying rail cars, and it was named as “Kar Trak”. The stripes in the barcode were colored red and blue and were able to read by a scanner. Although behind the primary idea and barcode form were Bernard Silver and Norman Woodland, both alumni of the Drexel Institute of Technology in the United States.

The very first scanning of barcode was off Wrigley’s chewing gum pack:

Barcode readers, also known as ‘scanners’ are used to read to read barcodes, although many smartphones and other devices now have this capability to read. In 1974, the barcode was first ever scanned at a grocery market in Ohio. Known as Marsh Supermarket, a 10-pack of Wrigley’s juicy gum became the first ever grocery item to be scanned.

The barcode and mobile gaming consoles:

Back in the early days when the handheld mobile gaming consoles were newly released in the market (I’m talking 1991), there were few contenders in the market and they were Gameboy, Game gear and Epoch’s Barcode Battler. Those were actually barcode gaming system which came with a variety of cards, containing barcodes, each representing a player, enemy or power up where players would then swipe the barcode to initiate their play. This system was never launched in North America or Europe, however, it was widely popular in Japan where the barcode is supposed to be the part of the culture.

Barcode actually consists of patterns of lines or two-dimensional shapes that are usually printed on a flat surface, and they can be read with the help of specifically engineered machines. In the beginning, the barcode supposed to have been based on the Morse code system, by lengthening the dots and dashes into wide and narrow stripes which is totally against the inventor’s Woodland and Silver design which developed it into what appeared like a bull’s eye.

The one-dimensional barcodes used on every consumer product are mechanically scanned. That is, they’re read by physically bouncing a narrow beam of light coming directly from the scanner onto the code, which can be interpreted using the pattern of light reflected off the white gaps between the lines.

The barcode typically used to identify an object and the collected information is usually compiled in a database. It contains a very limited amount of data. It is typically just an identifier on a database of that particular project. In 2D or larger barcodes, you can store any information whatever you like such as Name, Address, Tracking, Number, Quantity, Website etc.

How does Barcode work?

QR code is the latest technology or we could say the modified version of Barcode. They appear everywhere from supermarket shelves, magazines to newspaper’s classified ads. Never heard of a QR code? It the one you’re looking below, scan the image from your smartphone and it’ll open the link to my bitlander’s blog portal. 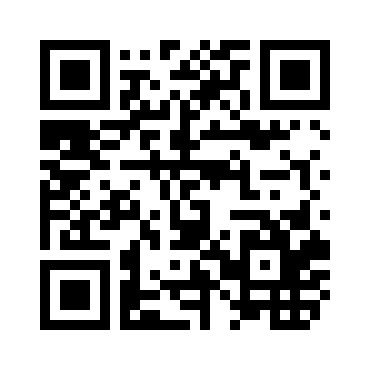 Above is the QR code , which will redirects you to my blog page after scanning from mobile.

QR code, abbreviated as Quick Response code is the trademark for a kind matrix barcode or two-dimensional barcode first designed for the automotive industry in Japan. It was originally invented by Denso Wave in 1994 which is a Toyota subsidiary, as a tool to track vehicles in an order they were assembled. While Denso Wave also holds the patent on the QR Code technology and with this it has granted a free license on it, so anyone going to work so far on it can publish the spec online, and allowing anyone to use it.

QR codes can hold 100 times more data than one-dimensionally barcode as well as they can also be digitally scanned. The block of smaller black and white squares is read by smartphone’s image sensor and then interpreted by the system processor. The three large squares in the QR code act as the alignment targets. And the smaller squares in the corner of QR code works to normalize the size and angle of the shot. In the image below, you can see the blue strips near the alignment squares, these strips contain formatting information whereas the remaining yellow area is the actual data that’s converted into binary code. These yellow areas also go for an error check before the data being displayed. With after all this process, the encoded data can be interpreted as one of four primary codes which are: numeric, alphanumeric, binary, kanji.

The barcode was a phenomenal additional in the technology at the time of its release, but somehow it has become obsolete as the new modified form of barcode - the QR code overshadowed it. The biggest disadvantage of Barcode is that it contains a very limited amount of data and most of the times it contains only the information that links to the consumer product database.

On the other hand QR code is the most current and modified form of a barcode, which can contain 100 times more data than a barcode. Also, it’s smaller in size as compare to barcode and can be scanned through smartphones or any other device.

In the upcoming days, the QR (Quick Responsive) code technology is more evolving and began to contain more and more information. The initial version of QR Code was able to just 4 characters worth of data and its size was 21 x 21 pixels. The most recent released version is 177 pixels square and is able to hold 1852 characters which mean around few pages of information. And these were the major points that differentiate QR code and a barcode.

That’s all from this blog, thanks for reading!