Querlo - Where Surveys Are Fun! 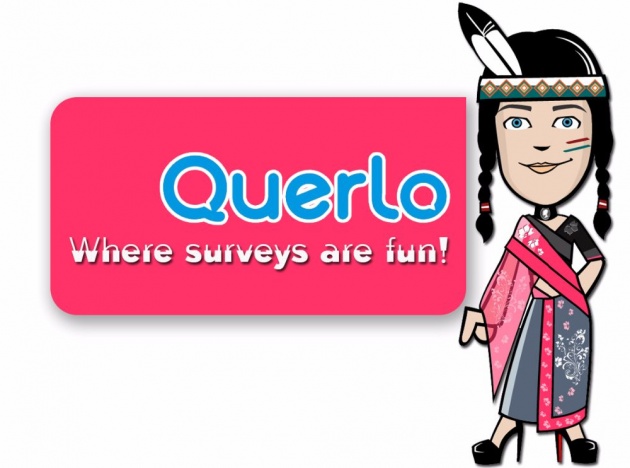 BitLanders' chat bot had now grown to a higher level. Whilst we were able to participate in this site's Global chat tool, bitLanders went further to creating a chat survey tool too which has been giving bitMiles points for every user who is willing to share their time and answer a few survey questions. This time around, the whole thought of just a plain chat survey is long gone and the entire bitlanders community welcomes a much more improved way of gathering information. Introducing QUERLO.

It was such a coincidence that a week ago, my captain boss had been asking the team, me personally as well on how to improve our customer service handling. I suggested we could perhaps send out surveys to our customers, the pilots as we are supporting a logbook software for pilots and a mobile app too which are for cabin crews. This survey will be used in house to fully check where we are in terms of the service and how we are doing, on top of that, we would like to know what are our customers' insight in terms of our service handling, mainly on E-Mail as it is our primary tool in providing service.

This thought was accepted by our boss and he mentioned he'll try to look for a way on what software slash website slash tool can be used for this in house survey and if we are going to shell out certain amount of cash for it. Also, we got to consider that we are sending these as an optional tool, the pilots who receives the specific assessment will have to also confirm if he or she would really like to do it. Of course we don't want to make it anonymous, we want to know who had sent this answers and ratings at the same time!

Four hours after this time of writing, I will have a meeting with my boss again and we'll see what's the update on that. So enough for my side and let's dig into what this innovation bitLanders has for us.

Why are Surveys Important?

"A survey is a list of questions aimed at extracting specific data from a particular group of people."

For regular people like you and me, perhaps when we are given with surveys to answer, we would somehow feel like not really into answering it, believe me, I had always put random answers and not really read on the questions in the first place. I believe I am not alone with that and probably you who is reading this right now also had the same experience or perhaps been doing the same thing all along.

But for company owners, marketing teams and whoever that runs a company, sending out surveys and receiving the true results of their surveys is critical to the business. Why?

Before we get to the reason, let's check the kinds of surveys first. There are basically two kinds:

These are your typical question and answer type where you get a paper and a pen and answer the questions. Most of the time, the questions are all close ended questions, answerable by a yes or no. If you answer it with a No, then you'll go explain why.

There are also questionnaires where you can ask for ratings, between 1-10 and you go select your favorite number.

This is more personal and you can ask probing questions as a follow up. However, it is more time consuming and sometimes uncomfortable to the one performing the surveys as well as the one answering it. Within this category, you'll also have options, either to do the survey via personal interview or telephone interview.

I have friends working on an outsourcing company who have this kind of business line. They call certain numbers and would offer surveys via asking questions and the person who answered the call will be providing the answers but they told me it is a pain in a butt. It was challenging to keep a person on the phone!

However, there's a new option now, that brings online surveys on the list. It's like questionnaires and interviews have a child and that's how Querlo had made an innovation out of it. You can merge both options plus a very interactive way! This is what this new generation can do, innovation to innovation because technology is changing every minute!

With Online survey, the flow of providing the questions and generating the answers becomes easy. This new generation also has access to internet and so answers are provided easily and more accessibly.

There have been notion as well that online surveys are better. Why? Here are the reasons:

And I said ways because there are more than just one stream of ways. There's email surveys, social media surveys, mobile app surveys and just plain web online surveys. We can definitely state that this is the most flexible way of collecting data.

Also, since there's an option online to hide your identity, being anonymous will help gather the most accurate data. It is most honest and unambiguous response as well compared to the other types of surveys.

No need of gathering contact numbers for call surveys, or even going out of the office or moving from one location to another to provide the papers for the questionnaires. No worries about facing and asking people to do the survey and begging for them to participate. Let's just face it, personal survey are hard and sometimes, we couldn't locate the right people to do it. It is also prone to getting manipulated!

So, there is no other survey method which can provide this broad capability, which ensures a more accurate sample to gather targeted results in which to draw conclusions and make important decisions.

Ever imagine someone calling you over the phone for survey. Imagine the cost per minute for that call, specially if its overseas and if they had outsourced some other company to do the survey. That's indeed a huge cost of money for the company. 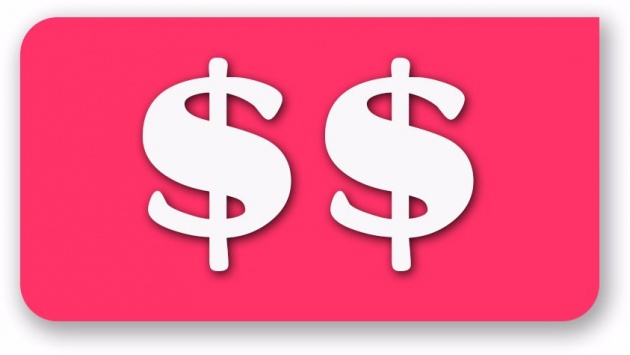 Although the papers would not cost that much compared to the phone interview, it will still cost you trees since you'll be printing out the questionnaires. These questionnaires will then be cut as well and be thrown somewhere. What a waste of resources!

But with online surveys which can be accessed via computers and mobiles, there's a huge possibility of getting more respondents plus there are no trees to but cut and garbage to be disposed. Just plain software!

Good thing bitLanders or shall I say Querlo had introduced this cool way of performing online surveys. This is not just fun because of the background which can be customized but also the fact that you can interact in the survey immediately because it can be embedded. As per the blog entry provided by Micky-the-Slanted-Salerno:

"Querlo, a chat bot with a human touch, a brand new technology that allows data to be collected in an interactive way, can greatly impact the dynamic of your average user.

One of Querlo’s primary functions, for example, is to create a dialogue that helps identify the user in a more wholesome manner then a traditional surveys do. This format is similar to any chat one might engage in on social media, and it increases the amount of collected data by 400%. Depending on questions asked reader’s age, gender, hobbies, interests, politics, and so much more can be understood. Bloggers, one of the countless professionals Querlo can help, can gain an understanding of who their audience is, and increase web traffic and users time on their website."

Reasons Why Businesses Should Try Querlo?

Now, the list below is my own personal two cents and that it is not in anyway being manipulated by Querlo. So far based on my observation, I made a list and hopefully you'll respect this.

I don't know about you but I love the fact that the background of the conversation or the survey can be changed as how the creator want it to be. So far there were background images with wine glasses, city scapes, sports and I bet the options are limitless.

I am a visual kind of person so seeing these colorful background and texts too which looks like we are personally messaging someone is just entertaining for me.

Oh I wish I had a luxury of time to learn different languages but this is not really related to it, I just mentioned it so. But in case you are not aware, Querlo is multi lingual. I mean he / it / she , whatever this software is, can speak in different language! Isn't it amazing?

Arabic, English or perhaps Chinese, he can understand it all. Don't you just love it when a survey can be made in English and when you answer in Arabic, it can still get what you were stating? How cool!

This is the main feature of the said Chat Bot because it can be embedded in blogs, just a few codes and you're good to go! I got one embedded in here.

Now you know why I added the travel surveys, this is because I am a travel gal and I guess that survey fits in with my bitLanders niche! And Oh! Look, this can also be added on other sites and in fact, you can share it via other social networking websites too!

Thanks to the Querlo Dev Team for developing this cool feature!