I care this world like Paragon partnership, Unilever  ,Querlo and different organizations.I am writing this blog because I want to aware you the current issues of our beautiful world and which are not known by everybody.After reading my blog I hope you will support mission of Paragon Partnerships , GRBN and Querlo by participating in donation of resources as much as possible.Alone we can do very little ,together we can do so much therefore We have to work together because we have to save ourselves and our future generations.Our success lies in "Unity is strength ". 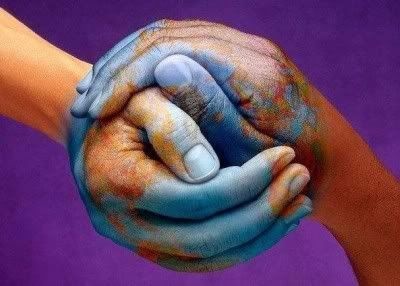 First of all let you know about the biggest threats that the world is facing. These are poverty and hunger, climate change and injustice and inequality. Fortunately, United Nations set a goal to solve these threats and announced its 17th point plan is to end poverty ,combat climate change and fight injustice and inequality around the world.In this way, Sustainable developement can be flourished.Read here UN Global goals in detail.

As a Muslim I want to share what Islam says about feeding the Hungry  : " He is not a Muslim who goes to bed Satiated while his neighbour goes hungry" 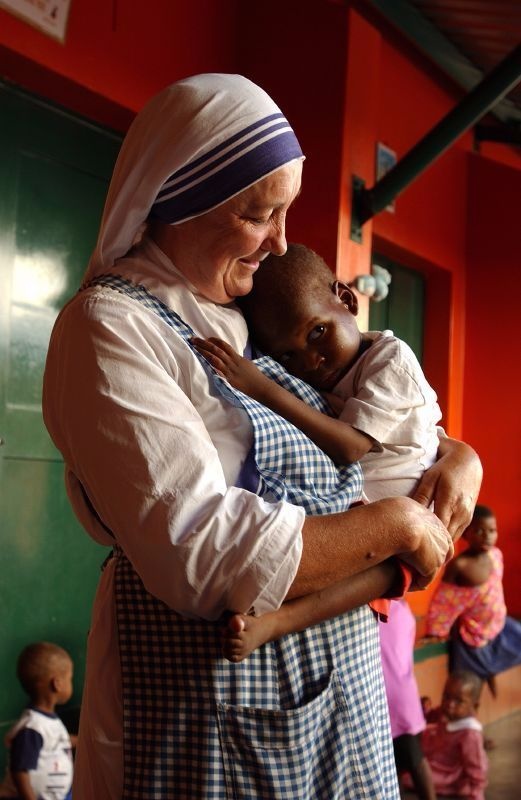 Today  world food crisis has become foremost Global issue which needs to be solved.Usually the problem of Hunger arises due to two reasons.

but today where there is Foreign Exchange is common I think improper Food Supply is impossible ultimately only poverty causes hunger today.It is said that hunger kills more people than AIDS , Malaria  and Tuberclosis combined making it the world's number one health risk.According to Food and Agriculture Organisation , FAO the world produces food to everyone with about 2720 kilo calories per person per day.This statement of food and agricultural organisation is also a prove that major problem is poverty causes to suffer the hunger and mostly the chronic hunger.In 2010 , FAO estimate the number of people hungry in the world,the number were 1578 million in Asia and Pacific ,39 million in Sub-Saharan Africa, 53 million in Latin America and Caribbean , 37 million near east and North Africa and 19 million in the developed countries that is 925 million people in the world.Read CNN news  about poverty here. It can only be solved if every individual also feel the pain of Hunger for others.

United Nations Framework  convention on climate change , UNFCCC defines climate change as a change of climate that is attributed directly or indirectly to human activities that alters the composition of the Global atmosphere and that is in addition to natural climate variability observed over comparable time periods.Global warming is the major cause of this climate change.  According to RB Howarth and RB Norgaard - The American economic review 1992 , Global warming has the evolved as a burning issue in late 1980's though it has been started since 1960 from concerned preservative of wild animals in American experience to concern over population of human Habitat throughout the industrialised world. It has been scientifically proved that the major cause of global warming is emission of greenhouse gases by human activities which warms our earth.Read here to know what are greenhouse gases and why they are causing climate change? 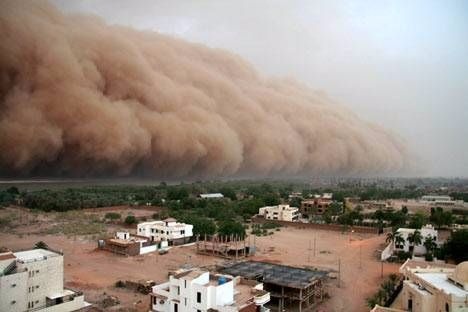 "FOLLOWING  ILL EFFECTS WHICH MAY BE CAUSED BY CLIMATE CHANGE "

It is said that the world temperature will be raised by 2 degree centigrade in next century and it counts a tremendous change. The number may sound low but as average over the Earth it is actually high.
It will melt world ice sheets causing Ocean Levels to rise by 80 feet.Imagine what destruction it may cause ..Heavy Storms may be caused resulting in loss of life along with trillion million dollars of property.It has been published in research article that global warming has intensified drought in regions like Middle East. It also causes heavy rain Storms and worst coastal flooding and other weather disaster. Governments , associations and research departments have been warning to Limit greenhouse emission since 1980 but they were ignored and the issue Rises up to a level  that if everyone does not play its part to control this issue ,we will destroy our next generation.

It means the difference between groups of people. Inequality is a broad term used to refer gender inequality ,economic inequality and racial inequality etc.These injustices actually destroy the world peace and human development.

Gender inequality -  unequal chances for men and women has become major hurdle in  human development  for example  ownership of Land by female in many countries like Sudan and Hasotho is prohibited. In Saudi Arabia , female cannot get driving licence and rely on their fathers brothers and husband for travelling .According to UN , 40% of young women in South Asia and sub-saharan Africa are married at the age of 18 leading problems of childbirth. In Afghanistan ,access to female education is restricted and they lack facilities for education.Click here to check how Querlo helps Afghan girls.In China , female babies are being killed because their one child policy and their preference for male.

Racial inequality  - believe that certain ethnic groups are superior to others. It has become common almost in every state as for example Throughout the Europe , Arabs  and Jews suffer racial attacks. There are four racial groups in America which obviously generate inequalities in wealth ,education and other different opportunities.We should raise awareness that we should not judge people on the basis of Race.

Economic inequality -  state’s failure to give its individual  adequate food and housing and its maintenance of discrepancies in wealth. It also means the difference in groups of people according to economic  aspects. Poor becomes more poorer in most societies where as rich lives luxury life and so his coming generation get more opportunities for education and focus on better jobs. The Organisation of Economic Cooperation and development , OECD says that  the gap between the rich and  poor  is widening and such gap is a threat to economic growth.

The way to tackle UN Global goal # 17 is to work together in a team !

Teamwork is the ability to  to work together toward common vision.The ability to direct individual accomplishments toward organisational objective.It is a fuel that allows common people to attain uncommon result

To keep the solution in mind, Unilever and number of industry partners have announced the creation of an open platform to combine their market research for sustainable development.This platform is called Paragon partnership initiative. The target of this initiative is to provide access to quality insight and data on the issues that the world is facing. This data is allowed to use by every one who is paragon partner.It may be an individual, or a company or an association or any government.It  formulates fact- based programs for Paragon partners.The official website for Paragon partnership is http://www.paragonpartnerships.com/. Click Here to know more about this initiative. 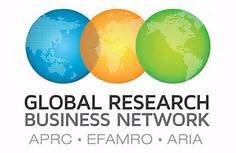 On the other hand, Global Research business network , GRBN Is an organisation that brings together more than 40 National Associations from Around The World representing over 3500 research business on 6 continents.It generates over US dollar 25 million in Annual Research revenues. GRBN's  target Is to facilitate the business of   research  by strenghthening the national research Association .It takes a number of initiatives to achieve its targets. To get news of GRBN , here is the site address : http://grbnnews.com/

" An announcement of joint initiative of Paragon partnerships and GRBN "

On 16th January , 2017  Paragon partnership and GRBN announced a joint initiative.It enables the government , Academies , UN and NGOs  to solve UN Global goal number 17 and connect market opinion with social research companies which have assigned to help by providing access to quality data on major issues the world is facing.Click here to know more about this news. 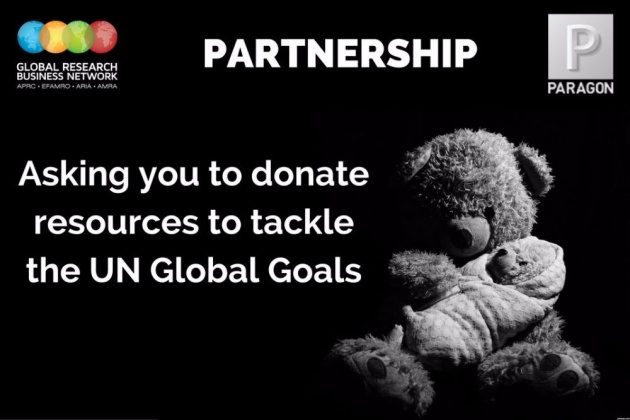 GRBN has initiated 100 day challenge which aims to make our world better.The initiative asks individuals, companies and business leaders to donate resources.It does not ask very high donation.It may be small and of any type because  UN Global goals have to put into action which is only possible if every one takes part in this mission or initiative.Any one who is interested to donate resources can sign up here so that the commitment of GRBN to give something back to society can be accomplished. 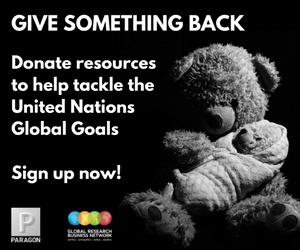 I am very pleased to know that Querlo has joined forces with a Paragon partnership and GRBN. Read about Querlo’s collaboration with Paragon Partnerships here.Read More about this news.If you don't know about Querlo ,Login to bitlanders and search Querlo blogs to know about Querlo. It can collect quality data in real time From any part of the world and intend to use its efficiencies to solve the world's biggest issues.Invaluable data collected by Querlo can be used when needed by anyone,any government or any Academy or Association Who is working to tackle the UN Global goal number 17.

Querlo believe that noticeable difference appear if intentions are same. As a part of 100 days challenge, Querlo said that our resources are extremely powerful for the one who need it. And donation of a resource is not dependent on its capacity.It may be of any type, any size which a person or a company can offer so that it create a huge positive effect on ourselves.

Click Querlo chat to ask questions related to the initiative that has been discussed above ! 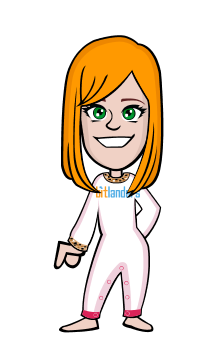