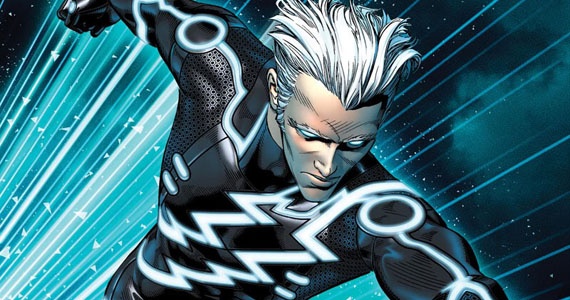 Pietro Maximoff is one of Marvel comics' most interesting characters. He is the bastard son of Magneto and brother os the Scarlet Witch, a.k.a Wanda Maximimoff. He has been both a villain and a hero as part of the X-Men and The Avengers. For the comics, that's great but that leads to a whole slew of complications in the film world. Years before Marvel opened its own film studio it sold many film and television rights of characters to other studios. One such property is the X-Men and any right to use the word "mutant" in films. This gets pretty tricky when addressing Pietro and Wanda seeing as they are members of both the X-Men, owned by 20th Century Fox, and The Avengers, which is owned by Marvel. This is what is referred to as shared rights. This means that Marvel may use the characters but they cannot be referenced as "mutants" and because their father is Magneto, whose rights are completely owned by 20th Century Fox, Marvel must change their backstories to not include their well know father. 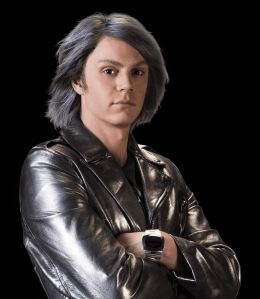 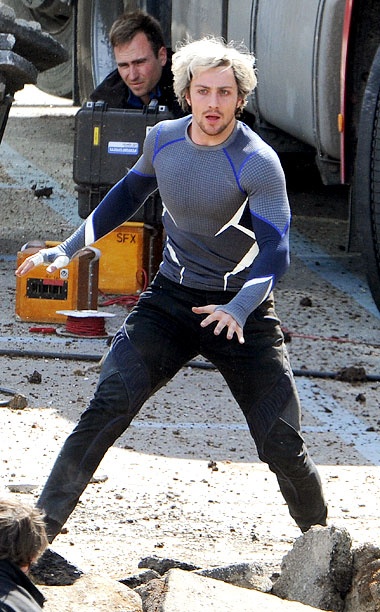 Peters is shown on the left and Taylor-Johnson is shown on the right. Personally, I think that the X-Men version played by Peters looks ridiculous. Why does he have a watch? At what point in the movie will that be important? Never. Plus, that cheesy silver suit is more silly looking than the one Chris Hardwick wore in his Comedy Central special. I just can't image any child wanting to look like that on Halloween. The Avengers version on the other hand isn't perfect but it is mile ahead of the X-Men one. Aside from the signature silver hair, I could actually imagine someone dressing like that in real life and it stays more true to the comics than the other.

What do you think? Are you team X-Men or team Avengers? Let me know in the comments.