Rain is liquid water in the form of droplets that have condensedfrom atmospheric water vapor and then precipitated—that is, become heavy enough to fall under gravity. Rain is a major component of the water cycle and is responsible for depositing most of the fresh water on the Earth. It provides suitable conditions for many types of ecosystems, as well as water for hydroelectric power plants and crop irrigation.

The major cause of rain production is moisture moving along three-dimensional zones of temperature and moisture contrasts known asweather fronts. If enough moisture and upward motion is present, precipitation falls from convective clouds (those with strong upward vertical motion) such as cumulonimbus (thunder clouds) which can organize into narrow rainbands. In mountainous areas

heavy precipitation is possible where upslope flow is maximized withinwindward sides of the terrain at elevation which forces moist air to condense and fall out as rainfall along the sides of mountains. On the leeward side of mountains, desert climates can exist due to the dry air caused by downslope flow which causes heating and drying of the air mass. The movement of the monsoon trough, orintertropical convergence zone, brings rainy seasons to savannahclimes.

The urban heat island effect leads to increased rainfall, both in amounts and intensity, downwind of cities. Global warming is also causing changes in the precipitation pattern globally, including wetter conditions across eastern North America and drier conditions in the tropics.[citation needed] Antarctica is the driest continent. The globally averaged annual precipitation over land is 715 mm (28.1 in), but over the whole Earth it is much higher at 990 mm (39 in).[1] Climate classification systems such as the Köppen climate classification system use average annual rainfall to help differentiate between differing climate regimes. Rainfall is measured usingrain gauges. Rainfall amounts can be estimated by weather radar.

Rain is also known or suspected on other planets, where it may be composed of methane, neon, sulfuric acid or even iron rather than water. 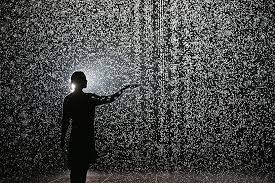 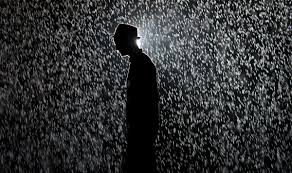 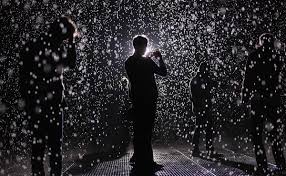 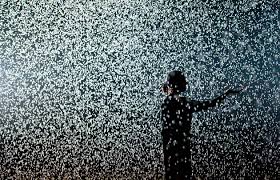 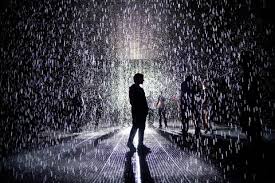 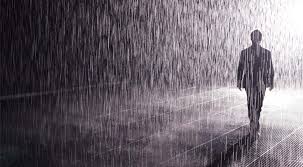