RALPH RUCCI: A Designer and His House by David Boatman - A Documentary Screened at the Women & Fashion Film Festival

An idea is drawn with one line that begins to disperse itself across the slightly rough textured surface of a sketch pad, mutating into a performative interpretation that dances on a silent tune, only heard by the artist's touch. The weightlessness of the creator's hand follows the lead of the pencil through a waltz of imaginative behaviors between fabrics, suddenly progressing into a collaboration of techniques, able to push the level of artistry into a tactile fantasy that is draped onto the fragility of the human figure. 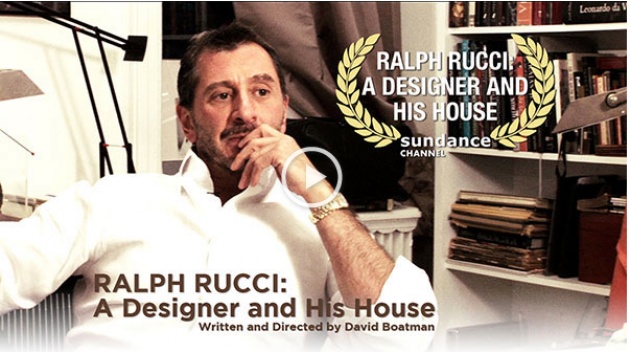 A designer is not only an innovator of beauty and desire, but also a matchmaker in disguise. Ralph Rucci has taken fashion by the hand, inviting it to dance along an adventurous collection of steps that evolve through the intuitive spontaneity of a shared passion. In David Boatman's film, Ralph Rucci: A Designer and his House, the audience is given inside perspective on the process that constitutes haute couture and ready-to-wear collections, as each element is sown into the assembled forms to produce a masterpiece. Although the work environment has a strong scent of precision and seriousness, moments of laughter enter between hangers. As Rucci fondles a lovely maroon ostrich dress, made out of chiffon and lace, weightless in movement just as the bird's feathers move with grace and fluidity through the heated terrain, he shares laughter, stating,” there are women that actually buy these clothes." 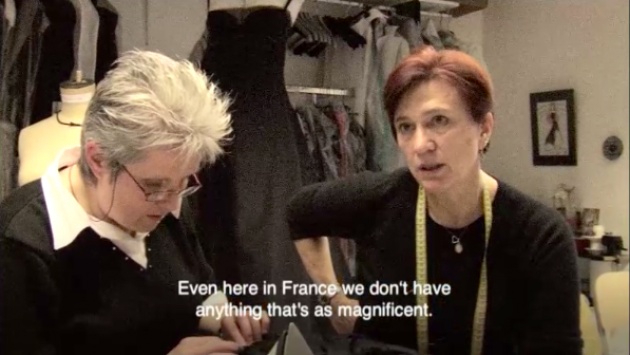 Working closely with the tailors of Madame Colette, the sketched creations journey into the laborious hands of liberation. As Rucci speaks about his experience and years in the world of fashion, he mentions Balenciaga as a driving force of inspiration and as a point of sculptural reference, aiding him to step into the growths of his own being as a designer. Although aggressive during his youth, Rucci learned that things shift, and therefore adapted to his ears to listen to the fabric, which is apparent in the evolution of each collection. The anxiety of creating a story through an accumulation of walking figures of speech fills the room in the days before the presentation, as textiles remain under manipulation to reach the peak of perfection. Even just hours away from the unfolding of his vision, Rucci is cutting away at the bottom of a white couture gowned, or stylizing in perfect calm- the last revisions are of the model flaunting the dream with energy and life, bringing the piece into another realm of reality. 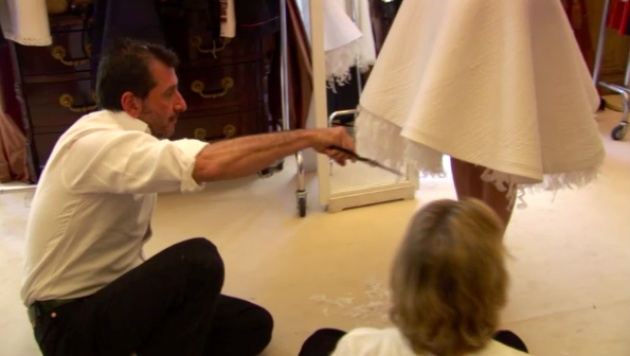 From the red embroidered jacket with hand sown designs that resemble a Japanese landscape painting, to the deep brown chiffon two piece elegance of water pearls, and a hundred and forty meters worth of chocolate dream exuding Madame Gray’s fluted technique- nothing can beat the taste of that wonderland as it walks down the runway. As each piece is counted, a suspense builds, the camera drifts from one garment to the next, monitoring the finger sliding through the intricate designs, finished alas. 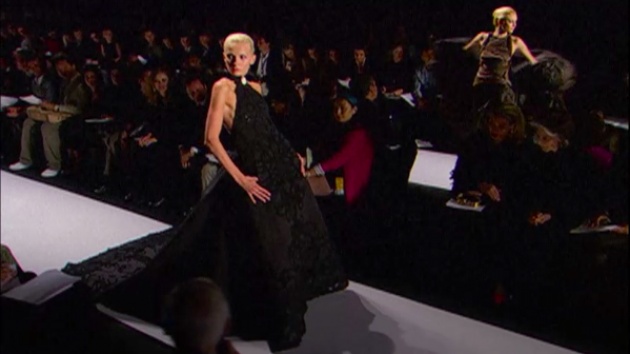 Ralph Rucci doesn't make clothing for casual attire, but rather pieces of art, such as his painted white jacket that has his hand print on the back. A woman that exudes confidence and understands art in retrospect, would be best suited to dress herself in the extravagance of Rucci's black pants, which are embellished with the his own written words, provoking the empty space of dramatic transition between her legs.

A dream that seemed merely impossible has been altered to a seductive piece of haute couture, leaving one completely absorbed by the clicking of the heels that follow the breathtaking rhythm of the jewels’ embrace of one another- the melody of a beautiful relationship.

The complexities are both inside and out, thought out to the very last stitch, Rucci is determined to create his own world, but remains busy in the present moments, wondering where the guides of fashion will take him next. 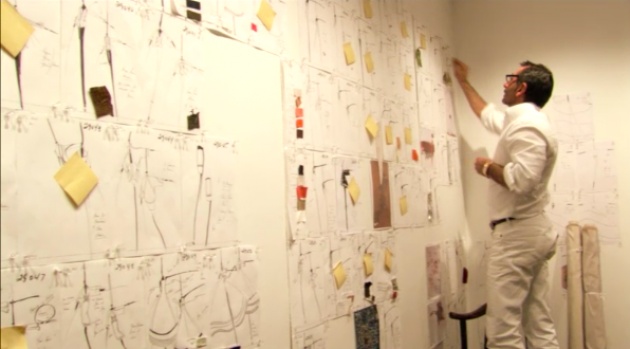 The wonderful aspect of such a documentary, or any fashion film, is the ability to take a two dimensional piece of art and depict the newly created three-dimensional form as it moves in unison with the human body. Photographs keep the creations still, but a film allows for the garment to come to life, just as seen down the runway. There is a silent moment of awe, where the craftsmanship becomes an emerging wave of fantastical magic. 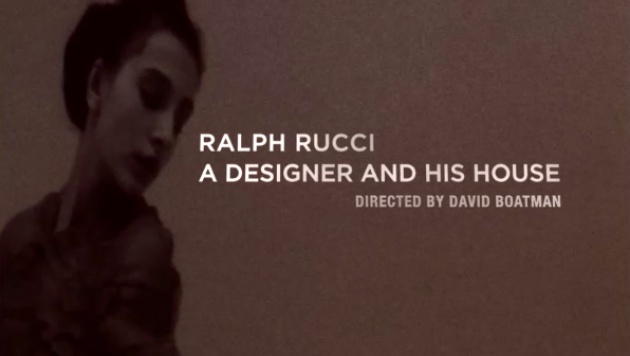