RAMADAN IN OUR COUNTRY

It has been said in Holy Quran that:

“O you who believe, fasting is prescribed for those before you (are enjoined) that you may become pious". The obligation of fasting mentioned is being mentioned in above verse of Holy Quran that it was also prescribed for the people before us in order to remit their sins by making them virtuous. The reward for every action and reward is specified but fasting is the only virtue whose reward is hidden and Almighty Allah did not tell anyone about it, but said that "All other deeds of man are for himself, but his fasting is purely for Me and I shall reward him for it”.

Fasting is third pillar of religion Islam and has a great importance. Ramadan is a month of blessings, because at the beginning of this month, all devils are imprisoned. Allah opens his doors of bounties for all the people. There is saying about Ramadan that during Ramadan all the gates of Hell are shut and none of its door is open and all the doors of heaven are   wide the none of its door is closed.Hazart Muhammad (S.A.A.W) said:  "When Ramadan arrives the gates of Paradise are opened and the gates of hell are locked up and Satans are put in chains"

Ramadan is the month of blessings and bounties in this month every virtue is increased ten times. In every country the month of Ramadan is highly respected, whether Muslim or non-Muslim countries, Ramadan and fasting both are especially cared. In honor of Ramadan in Muslim countries except Pakistan special discount is given on food products. Everything is given on half the price, even in non-Muslim countries fasting is honored and they give special discounts on food items. But the situation is quite different here in our beloved country, the price of everything is increased three times. 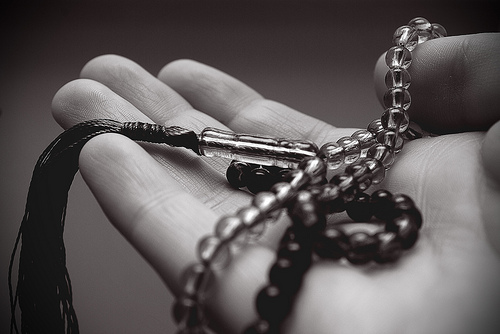 Retailers know better that during Ramadan both rich and poor buy everything so they get chance to sell things on high prices. In this month of mercy the poor are worried about food more than the virtue as edible things are out of his reach. Curse for such people who do not think about poor and his children are deprived of this blessing. Such Muslims have no right to call their selves Muslims. And I want to ask you and also the government of our country what does it has given to us except disgrace in front of other nations. We don’t need any democratic system in our country rather we need Islamic system in our country that where never ever the child of poor die hungry.