Reasons for overflowing of woman at the West 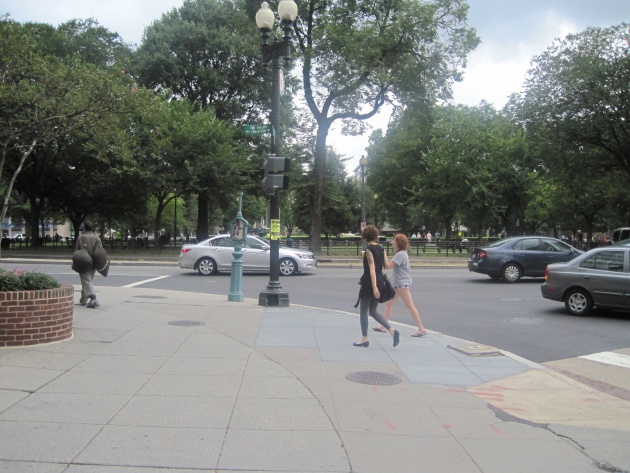 The next question which comes daily to our mind is that why the women ever flowed at the west? The answer for this question has been given by the great Muslim scholar Muhammad Qutb”, in his book “Jahiliyati Qarni Bistum”, which you will observe it and as follows is commonly statisfyable:

“In this conflict another factor added to this sudden transition and that was woman’s participation in working project and felling her dignity in the society. Because of the fact the woman in the western society had not any dignity, freedom and was unimportant as if she was not existing side by side with man and other alive creatures and even if was like a parasite living in unconditionally allegiance of man, socially, spiritually and mentally was like a shadow following man, and about the management of life, she never used her mental in working, but always had to think about her father, brother and her husband during her life time. Basically, she did not think on any kind of social problems”[1].

“All of these sudden transitions were because; women in those days were completely deprived of such rights. This was the time when the woman became possessor of the basic rights in every fields of life with complete freedom, without man’s interference, (and she started, her new life in the society. To get equal freedom with man, she did not withhold any kind of struggle and efforts. And all those who were before in the allegiance of man and behind the curtain, suddenly came out and declared their dignity, and emptied their many many years complex. She did not think it over, whatever it was, good or bad, useful or harmful and started going on and on.

But unfortunately, this struggle of woman inspite of being useful and beneficial for her, settled to be used against her. The selfish, self – conceited and aggressive man of west used all of these struggles like a sharp weapon in combat with woman and in breaking curtain of these transitions, there was another dirty hand working unmanly which urged both the woman and man to dance in those stormy fields according to his devilish wishes, and that dirty hand was the hand of full of deceits and tricks and dissiminations of “Yahude (Jews). All these deceits and tricks have come out from the thoughts of those three Jews, Marx, Farwid, and Darkiam”.

Marx used to say that the existence of man, reality of life and dignity of humanbeings are more or less, for solely sexual desire”.

Darkiam used to pronounce that the only method for the success of humanity was the mixture of man and woman, no matter, it mirth be from any place or any door”.[1]

Taking into view all these dissimulations, the doctors have declared a peculiar point regarding the resistance and oppositions of her.

Secondly, this selfish and self-concieted man of the west had given up the responsibility of providing necessities of life and the woman in this conflict of whether or not, was of legal to go out and work for achieving her own bit of bread, no matter whosoever hands or door it may be.

Thirdly, upon all these, the women in those stormy conditions were requiring equal rights with man, equality wich started from the wages and that later on communicate with contigain in all methods of life and spread out, unrestruined and unsettlements are good examples for them”.[1]

He goes on concerning to this topic saying points to another very important point:

“Here, it is necessary to mention this very delicate point: That is that, behind the black to my own limited knowledge, it is nothing than the anger of God. It has been mentioned in the “Jahiliyati Qarni Bistom”

“The biological experts have agreed over this point that the duty of every member, maker creates connected existence of him or are a factor which had b een created the special qualities of the female sex in builing the existence of Hawa (Eve).  And according to the law of nature, when a woman leaves her duty of motherhood, and evters into the fields of opposition with man, she will naturally lose those special qualities regualarly”.

The experts going on over this subject, and searching continuesly, have come at the end to conclusion that experience confirmed that view point and for this purpose, they announced carefully: That in a very near future a third sex will come out from humanbeing which will be without the characteristics of the femaile sex and deprived of the heritage of Hawa (Eve) and will be amassed of the mild of the motherhood”.[1]