Reasons why I love BTS

I'm proud to be an ARMY

I'm so glad that I discovered this group. I never expected that I'm going to love them with all my heart. It may sound cheesy but it's the truth. You might not understand what I feel right now. But after you're done reading this blog, I assure you that somehow, you'll get to follow how I view them. If you're already an ARMY, I'm sure you can relate to everything I'll blab in here. If not, you're going to be curious and search about them.

I'm aware about the few share of Kpop Fan in the population here in this site. Meaning, many would not understand me and would say I'm so dramatic. And ask why am I blabbering nonsense. There's also people think that Kpop Fan are crazy and over reacting. That's why I created this blog. For those people to know why we love our idols that much. And BTS is a perfect example.

BTS' songs are flexible. They have rock, metal rock, hiphop, pop and slow songs. Although their main genre is hiphop, they can adjust into different genres and still perform the best. The beat is just so catchy. And if you're a deep person, you can search for the translation of their lyrics and be impressed on how meaningful the song is. Their song is just so cool, full of swag and can get you dancing on the dance floor even if you don't want to. I'm not over reacting, it's really the truth.

If you're curious about their songs, I suggest that you listen to:

The six above is a good for a start. Now if you want something that you can listen to while relaxing, I suggest you play:

So I hope you listen to those songs and will be able to appreciate it. :)

Their dance is totally my favorite! Like seriously, the choreography is so cool. It matches the song perfectly. And they performed it so well and synchronized! If you don't want to believe me, see it for yourself. How they dance, it's just so organized and at the same time, they are telling the meaning and story of each song. I always watch their dance practice, because it's so refreshing to see! There are no flaws, it's just so perfect!

You can watch the dance practice of the songs I suggested above. The hyped songs. They're so Dope!

What makes their vocals stand out? The uniqueness. The smoothness and mesmerizing sound every time they blend. It's just so relaxing to the point you just want to close your eyes and listen to them forever. That's the feeling. It's just so balance.

I'm not going to elaborate this because you'll understand me once you listen one of their slow songs. :)

One of my favorites! Their rapping skills is superb and can be compared with Hollywood Rappers. Yes, I'm confident with it. I don't know how to explain how good they are so I suggest you just listen to the following:

Okay, don't let me even start with this.

The main weapon of the group is of course, their talent. Their looks is just a bonus making them a total package group. Their visuals add appeals in their performances. And their talents add something to their visual which appears to be a perfection. I know I'm over reacting because nobody's perfect in this world, but the fact that I love them makes them perfect in my eyes. I'm making no sense so let's just move on to the next one, shall we?

I love the fact that even they're receiving a massive amount of popularity right now, they still remained humble. The politeness and kindness, they never changed. Now that they won as Top Social Artist in BBMAs 10 days ago, they still didn't forget to thank those people who helped them to get where they are right now. Being the first Kpop group to received a big award like that, I'm feeling proud right now. And the best part is even if we look up on them, they still remained simple and ordinary.

7. THEIR RELATIONSHIP WITH ARMYs

Ever since they debuted as a group, the bond between them and ARMYs is noticeable. Even though they are an idol and we're just a fan, they never made us feel the large gap. The bond is so tight and I can feel that they're treating us as their best friend. Every time they're winning an award, they always thank us for our support. And we're just like so proud of them. The friendship bond with them and us is one of the reasons why they stands out.

They are one of a kind. It's just so fascinating to see that they're not ashamed of who they really are. They are true to themselves. They never filter their actions just so the crowd would like them. They say what they want to say, do what they want to do and act what they think is right. And that thing is just so rare for an artist right now.

9. THEY SERVES AS AN INSPIRATION

So this will be the last one.

BTS is a living motivation, inspiration and encouragement. They motivate us to chase our dreams just like what they've done. Because you know, BTS popularity didn't happened in just an instant. They work hard to achieve it. They aren't like those other artist who had their first song released and instantly became famous. No, BTS have gone through many things before they reached what they wanted. And I've witnessed that. I've been with BTS all through out that's why I appreciate them that well. So getting back to the main point, because of their stories, ARMYs got motivated thinking that they could also be like them. No matter how hard it is, just like BTS, we will be able to attain our dreams.

So that's it! Those are the reasons why I love them! I hope you read 'till the end even if you're not even a fan. Thank you for reading this! You can say what you think about it below and I would really appreciate it! Kamsahamnida! :D 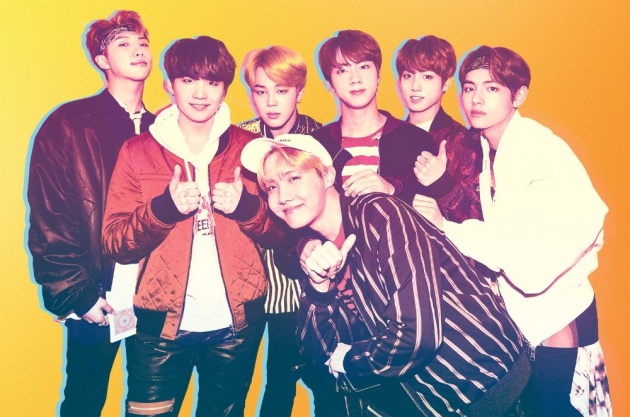 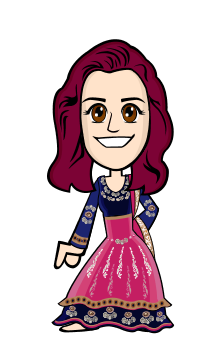