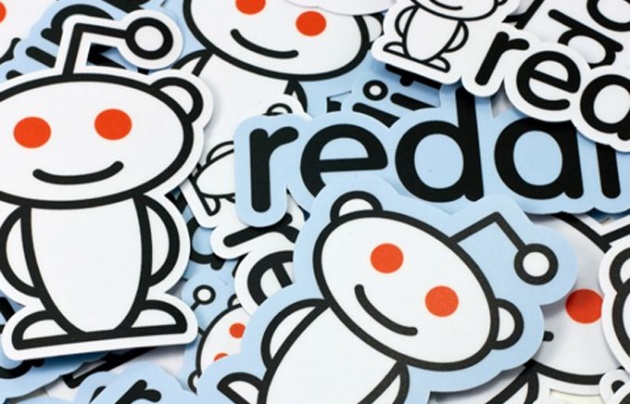 Reddit, the site that is often billed as the front page of the internet, is going through a serious revolt right now. The moderators behind a number of the most popular subreddit pages on the site — which are crucial to Reddit’s traffic and appeal — have made their communities private, thus shutting them off from the wider internet and new users, in protest at the departure of a key Reddit staffer and ongoing poor communications.

Victoria Taylor, the employee responsible for managing Reddit’s popular ‘Ask Me Anything’ interviews and a key to-go person for moderators, was let go today. Reddit confirmed her departure to TechCrunch but said it “doesn’t comment on individual employee matters.” We didn’t receive a reply when we reached out to Reddit co-founder Alexis Ohanian on the matter.

It looks like Taylor’s firing may have been triggered by an AMA with Jesse Jackson which spiralled out of control following questions from Reddit users and Jackson’s replies. That said a now deleted answer on Quora suggests that there may be more to it than that.

Irrespective of why she left, Taylor’s firing prompted Reddit’s entire AMA thread — which has millions of subscribers — to be locked down, leaving the site in a chaotic state.

That situation alone would be bad enough but, this is Reddit, and there’s already vast amounts of tension between the site’s users/moderators and its management, chiefly CEO Ellen Pao. In true Reddit fashion, hundreds of subreddit moderators — who collectively have tens of millions of members/subscribers — revolted by hitting the private switch.

Some of the biggest subreddits ‘going dark’ include:

Plenty more are debating whether to go private or polling their members. Even those that are staying open are making it clear that they are deeply unhappy with recent developments.

For example, here’s the message at /r/askscience, which has over five million subscribers:

Today in AskScience we wish to spotlight our solidarity with the subreddits that have closed today, whose operations depend critically on timely communication and input from the admins. This post is motivated by the events of today coupled with previous interactions AskScience moderators have had in the past with the reddit staff.

This is an issue that has been chronically inadequate for moderators of large subreddits reaching out to the admins over the years. Reddit is a great site with an even more amazing community, however it is frustrating to volunteer time to run a large subreddit and have questions go unacknowledged by the people running the site.

We have not gone private because our team has chosen to keep the subreddit open for our readers, but instead stating our disapproval of how events have been handled currently as well as the past.

This live thread is being updated with the status of other subreddits in real-time, if you are curious to know more.

This situation is a serious one for Reddit. Last month, the site upset many of its most ardent users when it closed down five subreddits on account of “harassing” content contained within them. Those subreddits did violate Reddit’s community policy, but the selective enforcement of the site’s guidelines confused and angered many, since other subreddits — some of which contained arguably worse content — were left untouched while these five were closed.

This time around, it’s hard to side with Reddit in any way. The move to fire Taylor — and perhaps most importantly, fail to inform moderators who work closely with her about the change — seems pretty shambolic. The backlash was inevitable given Reddit’s recent issues, but not all moderators are turning away from the site altogether.

In one open letter, a moderator explains that Taylor’s exit is “merely the straw that broke the camel’s back,” and that the situation underlines the need for genuine changes.

We feel as though Reddit’s communication with moderators as well as with the wider community, has been lacking. This is exemplified by the fact that Victoria was one of the few admins who regularly communicated with moderators… the fact she was dismissed without notice is not only an insult, given that reddit has poorly communicated its decision to dismiss a major communicator, but has also lead to many AMAs needing to be cancelled, which could have been avoided simply by forwarning.

The letter lays out the case for Reddit improving dialogue with moderators, who are a crucial part of the service, through new tools and a proposed moderator mail service.

Reddit’s moderators are making their voices heard. The ball is now in Reddit’s court — but you have to wonder how many more protests this website can take before it buckles.

Update: Writing on a private board for moderators, Ohanian asked for private Subreddits to be made public again. He also pledged to work on improving communication.

Are you one of the Bitcoin Users Community? Instead of trading and investing, if you are searching f…

Bitcoin is a peer-to-peer payment system that is used as an alternative to regular banking. It is so…

The Age of Cryptocurrency: How Bitcoin and Digital Money Are Challenging the Global Economic Order

I recently participated in an AMAon reddit. This was hosted by the authors of the bookthat is the su…