Its been a few days since my last update...as I mentioned I recently broke up with my girlfriend...and I was going to get her flowers on Valentines day after she finished from her work. Well I couldn't buy the flowers since all shops were closed...after all it was around 7 AM at that time. So I decided you know might as well go see her first...ask her out on breakfast and after we are done with it...I will go buy her flowers and try and make it up to her. I wasn't expecting to get her back with just that but you know show her that I really cared...so that was exactly what I did.

The moment she exited the office and saw me...the first question she asked was why? I was expecting it...so all I said was I just wanted to see you. Want to grab breakfast? And she said no I don't. Now I know I am stubborn...she hasn't collected her things from my place either and every time I brought up the question she wouldn't answer it. So I decided on a different approach...I told her listen I am tired of all this, you still want to keep messaging me while I am in pain...you won't give me a moments respite...unfriend and block me on facebook, I will change my number and to make it all clear just come with me right now and take your stuff. She didn't say anything...at all...for like 10 minutes. Then she was like wait for me I am going to change...and so I did...I thought she was going to come collect her things but the moment we got into a cab and I gave my home address to the driver...she said no I don't want to go there...I want to go to another place...I listened to her and went there instead with her.

Her roommate and two of her co-workers were drinking...and I sat down there with them and ended up drinking with them...not the right thing to do...(Apparently it turns out her co-workers know nothing of our breakup...they apparently still know me as her boyfriend..)...anyways after her co-workers left...her roommate and her decided to go shopping close by without telling me anything. I looked like an idiot following her around and that started to piss me off a lot. The moment my patience hit rock bottom..I went up to her and asked her do you want to come collect your things or not? Her reply...why don't you just go home?...now I am even angrier than I was...so I asked her for the final time..I am just going to throw them out now..and she was like you don't have the right to...I replied with yes I do since they are in my place. She didn't reply so I asked her roommate for a favor whether she could come and collect the things or not....at that my ex-girlfriend stomped her foot and decided to finally give in and come collect her things.

Now remember I said I was angry...so I ended up saying a lot of nasty things on the way...while we were walking....and that embarrased her a lot...she got angry too but eventually started tearing up...I felt bad the moment I got back to my building...so once we were in the room...I said I am sorry and ended up giving her a hug...she laid down on my bed and started crying...saying nothing...I asked her do you love me? She said no...I think I am in love with someone else...I can't really believe this part because shes been trying to make me feel hurt for the past two weeks...its almost been two weeks since the break up...everything she said about the guy...also sounded like the same things that I do...the same tease name I use on her...and everything else...anyways all this time she was pulling me into a hug closer to herself while still laying on the bed...so uhm I guess something happened after that.

Later on we had a small talk...nothing too specific just things like I didn't want to work in this company...and I explained to her that when I kind of forced her there it wasn't because I wanted her gone...it was for her to progress her career and make more money compared to what she was earning from her previous one. She could spend more on her baby brothers and sisters. I have never made her spend a single dime by the way. Secondly she was like that was my first birthday away from my family..and I said yes I know I am aware that is why I tried to give you a family by inviting people that she was close to from my friends....she didn't want my brother and his girlfriend there but I couldn't do a thing about that since we were at my house instead of the apartment for the party.

Before she left I asked her once more...do you love me? If you do let's try to work things out...her reply..I do love you...but I don't want to work things out...I am too scarred already....and I said alright..be happy then...I won't bother you...she said she still wants to keep messaging me...I told her I will give you the things I promised you..the dog..her favorite flowers and a cake...then I am going to be gone. She replied with there is one more thing..you have to get me a ring too. I said the ring was supposed to be a symbol of our commitment to get married...I can't get you that....she smiled and said something along the lines of you never know.....after that I dropped her off in a taxi.

So I don't know what exactly does she mean by all that...what in the world should I be doing...my heart tells me that she was lying about being in love with someone else because she just wants to teach me a lesson for not paying too much attention to her...I was in a bad place at the time in my head and I couldn't really give her the attention...but she never even talked about it to me either.....plus there is more to the story...a lot of things she said had plenty of inconsistencies in them that I couldn't believe everything I said. Please guys help me out...what do I do..how do I make her come back without chasing her...since I am the only one doing it now..... 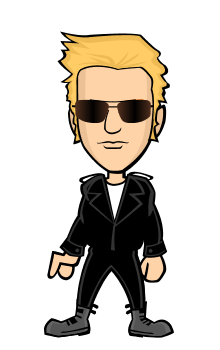 27 years old living in the Philippines doing his best to survive every single day.