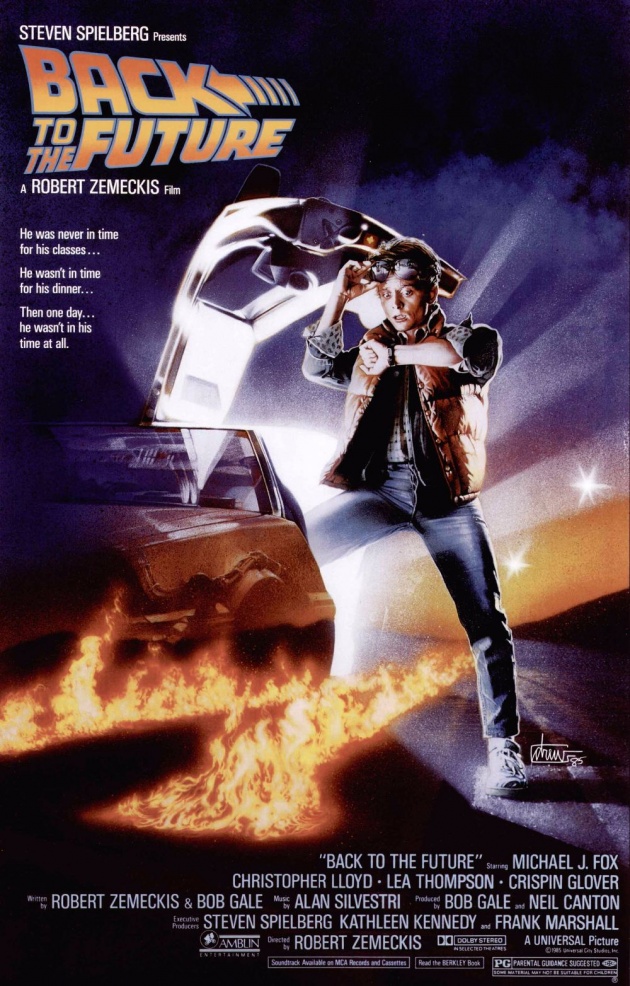 Image Source: Back to the Future Poster via viewsfromthesofa.com

Time traveling is just too dangerous

Hello Everyone! I'm NellShaOza! for the second time around for my Reminiscing Movie Blog, Hello! :D . This blog is part of my comeback blog after a long days of absence here in bitLanders ^_^ So hope to do more again for the next time.

Going back, I would like to dedicate this Reminiscing blog to My Father who let us watched this awesome and breathtaking movie. According to him, It's his favorite movie way back when he was a high schooler. and I would like to mention whoever stolen our collection of this DVD, Please give it back, it's hard to find another hard copy, and I really miss watching it :( Thank you! :D So here it is, Second on the list..

1985 American science-fiction adventure comedy film: Back to the Future!

Video Source: Back to the future Part 1 Trailer via  Movieclips Trailer Vault

BACK TO THE FUTURE

Tell me that you already watched this film, didn't you? Well if you do, You already fulfilled 50% of your Movie Experience but if you still don't know The DeLorean and it'is a fictional automobile-based time travel device featured in the Back to the Future fras creator, Dr. Emmett Brown. I am thinking to give this blog a part 2 and 3 for the other Back to the Future sequel.

First of all, I'll give you a brief summary of the Back to the Future Story then I'll bet that after watching the trailer or reading the summary, You'll immediately search for a copy and watch the film ^_^ So, What this movie is all about?

In this 1980s sci-fi classic, small-town California teen Marty McFly (Michael J. Fox) is thrown back into the '50s when an experiment by his eccentric scientist friend Doc Brown (Christopher Lloyd) goes awry.

Traveling through time in a modified DeLorean car, Marty encounters young versions of his parents (Crispin Glover, Lea Thompson), and must make sure that they fall in love or he'll cease to exist. Even more dauntingly, Marty has to return to his own time and save the life of Doc Brown.

The Calculation of time and Dr. Emmett's Flux Capacitor made Time Traveling happens. According to him, He accidentally thought of the idea of Time travel when he was bunk on the head when he fall in the bathroom (Back to the Future Part 2) 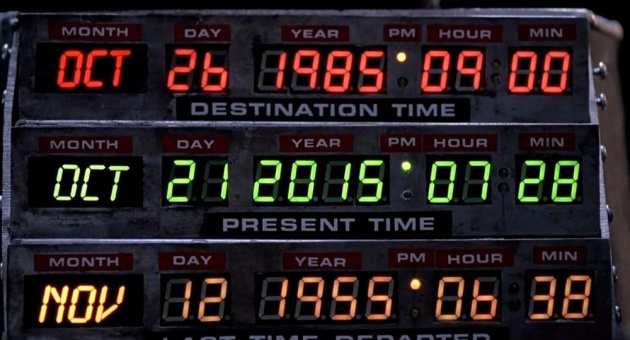 The Story is basically about a young man traveling through the course of time and invading universe circulation in his own hands. The story plot above was the story of the first Back to the Future. However, it symbolize all the three parts except the 2nd and the 3rd one has a different twist where in he was send back to the future and changes the course of 1985 and when he was send to the ultimate past wherein cowboys and horses are still the thing or in short the Old American West Timeline (which would be tackled on the next blog) Image Source: Save the Clock Tower Flyer via robvincent.net

Back to the Future was happened when the Hill Valley clock tower was already stroke by lightning. So you to know - Hill Valley, California, is the fictional town in Northern California that serves as the setting of the Back to the Future trilogy and its animated spin-off series (information via wikipedia.org)

Marty was send back accidentally when the clock was still good in shape.

Dr. Emmett Brown: If my calculations are correct, when this baby hits 88 miles per hour... you're gonna see some serious shit. 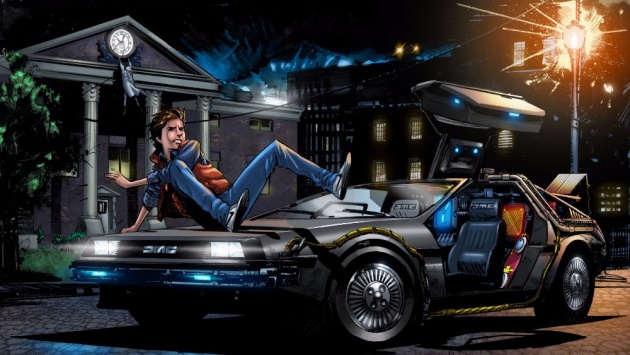 The Classic Time Travel Car was bought to us by the Classic DeLorean, was Doctor Emmett Brown's most successful invention, a plutonium-powered time machine comprised of a DeLorean DMC-12 sports car that had to reach 88 miles per hour in order to time travel via backtothefuture.wikia.com

So whenever I see some of this classic cars which apparently still on the road for some reason and for some time, Back to the future is ruling it. The car seems the most stylish and expensive in that time, 1985. that made Marty goes like this...

Marty: "Wait a minute. Wait a minute. Doc, uh... Are you telling me you built a time machine... out of a DeLorean?"
Doc: "The way I see it, if you're gonna build a time machine into a car, why not do it with some style? Besides, the stainless steel construction makes the flux dispersal- look out!!!"

WHEN MARTY MEETS HIS PARENTS?

This is one of the Ridiculous but at the same time Interesting twist of the movie. Marty was accidentally brought back in time when his parents are still on the process of getting-to-know-each-other stage. Marty interfering with the situation made their life more complicated than ever.

Sam Baines: He's an idiot. Comes from upbringing. His parents are probably idiots, too. Lorraine, you ever have a kid who acts that way, I'll disown you.

Sorry Mr. Baines, you should be ready to disown your daughter for having an idiot son :D Well, Marty did all his best to help his Young version father to date his mother and of course to help his Father from those bullies. I think he did a great job, even though he changed his Father big time!  He wasn't disappointed by the results :D (They became rich and his Father is now the BOSS in their Future-Present Life)

I would never forget my experienced in this Movie, The first part just blew me away! Time traveling is really a good theme for a movie but it is also somehow expensive and critical. I hope there would be another Back to the future sequel after the last one.

The Part 2 and 3 would be presented on the next blog, I would like to tackle about those two ^_^ Here's a ultimate flashback for all of you guys ~

Video Source: Johnny B. Goode - Back to the Future via Movieclips

See you on the next..

Image Source: via impawards.com Young Doc: Well, good luck for both of our sakes. See you in the fu…

Image Source: Back to the Future II Poster via comodockside.com Marty McFly: [arriving in 1955] Oh,…