Renaissance means the revival of learning and an absolute change in every occupation. In its broadest sense, it denotes the gradual enlightenment of human mind after darkness of Middle Ages. 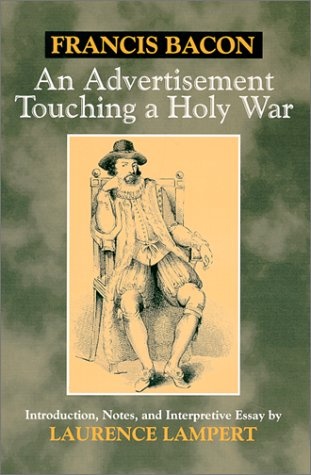 The influence of Renaissance spirit is obvious on Bacon in his essays. He lays emphasis on self-advancement. He has a love for classical learning and natural beauty, which are the qualities of Renaissance.

Bacon's essays bear the pragmatic spirit. He deals with the practical advantages of the things in the new intellectual atmosphere created by the Renaissance. His essays are replete with what is known as worldly wisdom. We see Bacon advising the reader as how to become rich, how to rise his position, how to exercise one's powers. In his essay "Of Truth", he emphasises the value of truth but also points out that the mixture of falsehood is like an alloy in the coin of gold and silver that makes the metal work better. In his essay "Of Riches", he says that the riches are a hindrance to virtue and yet offers suggestion how a man can become rich.

In Bacon's essays, we find the Machiavellian approach to life, to achieve success in life by using fair and foul means. This is an important characteristic of Renaissance age. Therefore, he is the preacher of Machiavellian philosophy.

The Renaissance was the time of exploration and regional conquests. This aspect of Renaissance is reflected in Bacon's political essays. In the essays “Of Empire” and “Of the True Greatness of Kingdoms and Estates”, he points out the various dangers that kings in the time faced. He gives useful advice to kings concerning their dealings with their neighbours, their wives, children, their clergy and their nobles, etc. He tells us that the greatness of a country is not by the territory or population but the military power.

The revival of classical learning and the study of ancient Greek and Roman literature and history are obvious in Bacon's essays. There are numerous quotations from ancient writers and through them he supported his arguments.

"I have taken all the knowledge to be my province.”

Another feature of the Renaissance that is reflected in some of Bacon's essays is his love of beauty and the sensuousness. His essay "Of Garden" shows him as a lover of natural beauty and an ardent love of sensuous beauty. As he says:


"And because the breath of flowers is far sweeter in the air than in the hand."

Another important characteristic of the Renaissance is the striking use of the figure of speech that is clear in Bacon's essays. The metaphors and similes taken from different spheres of knowledge and experience reflect the popular taste of the age. We have a glimpse of his metaphor and similes in the following sentences from his essays:

"A mixture of lie doth ever add pleasure" (Of Truth)

Renaissance age was accompanied with the great spirit of humanism. Bacon's essays are proper study of humanism. He directed his gaze inward and became deeply interested in the problems of human personality. All of his essays have "man" as their subject matter.

Bacon's morality governed by the knowledge that man is not perfect and that he can be expected to adhere to ethical standards only to a certain extent.

Bacon has the main feature of Renaissance spirit in his essays but there is one great exception and that is the use of language. He does not reflect the age's pride in English language. He admired and preferred Latin to English and thought that the Latin version of his essays would be more popular. Critics have different opinions about Bacon’s language. A critic says:

"The language of Bacon is as supreme in prose as Shakespeare's in verse."

In the end, we can say that Bacon is a writer who represents the most salient feature of his age, which is the age of revival of learning and study of ancients, the spirit of inquiry and individualism. He is the real product of The Renaissance glory and reveals the thoughts, philosophy and true features of the Renaissance spirit.