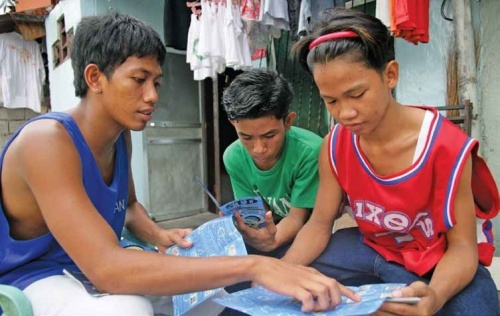 “Overcrowding and unsanitary conditions facilitate transmission of disease – notably pneumonia and diarrhea, the two leading killers of children under the age of five worldwide. Outbreaks of measles, tuberculosis and other vaccine-preventable diseases are also more frequent in these areas, where population density is high and immunization levels are low.” These are some of the Conclusions of the Report issued by UNICEF that in many ways reads like a current news event articles of the state of the globe’s children living in urban areas. Read our popular blog “Urban Children Facing Challenges/Disadvantages” - diplomaticallyincorrect.org/films/blog_post/urban-children-facing-challenges-disadvantages/46477 The UNICEF annual Report is summarized below and there is also link to full Report in PDF form - www.unicef.org/sowc/index_61804.html By Ambassador Muhamed Sacirbey – Follow @MuhamedSacirbey Facebook = Become a Fan at “Diplomatically Incorrect” Twitter – Follow us at DiplomaticallyX REPORT: The State of the World's Children 2012: Children in an Urban World' UNICEF’s flagship report, ‘The State of the World’s Children 2012: Children in an Urban World’, launches today, 28 February, in Mexico City. One billion children live in urban areas, a number that is growing rapidly. Yet disparities within cities reveal that many lack access to schools, health care and sanitation, despite living alongside these services. This story is part of a series highlighting the needs of these children. NEW YORK, 28 February 2012 – The world is undergoing the largest wave of urban growth in history. UNICEF’s annual flagship publication, 'The State of the World’s Children 2012' (SOWC), says that almost half the world’s children now live in urban areas, and it’s calling for greater emphasis on identifying and meeting their needs. “We’re approaching some sort of tipping point. Already more than half the world’s people live in cities and towns and so do more than a billion children. The day is rapidly approaching when the majority of the world’s children will be growing up in urban environments,” said SOWC editor Abid Aslam. Harsh environments Traditionally, families and children moved to cities in search of better opportunities, but most urban growth now seems to be the result of children being born to parents who already live in a city. And services aren’t keeping up with this growth. People are being born into existing urban environments, and what is alarming to us is that, for far too many children, those environments are extremely harsh,” said Mr. Aslam. Children growing up in slums such as Kibera in Nairobi, Kenya, and the favelas of Brazil are forced to endure violence, exploitation and lack of basics such as clean water and education. They are likely not to have been registered at birth and their families may lack a formal rental agreement or other such protection from arbitrary eviction. This makes their lives extremely precarious. “They don’t know often from one week to the next, or one month to the next, or one year to the next where they’re going to live, much less whether they’re going to be able to go to school, or whether they’re going to have clean, piped water,” said Mr. Aslam. The report turns on its head the notion that all children who live in cities are necessarily better off than those in rural communities. It shows that, although disadvantaged children may live minutes away from schools and clinics, for example, they are cut off from them by poverty and discrimination. It also calls attention to the lack of data on conditions in slums, particularly as it relates to children, and it calls for a deeper understanding of the issues surrounding poverty and inequality in cities and increased political will to improve the lives of the most marginalized. “One of the things that struck us all is the paucity of child-specific urban data,” Mr. Aslam said. “There are many technical reasons, but at the end of the day it’s a political decision and it serves certain interests to keep the problem under wraps, to keep these children invisible, and that’s something that needs to change.” 'The State of the World’s Children 2012: Children in an Urban World' notes that the very children and families who are excluded from the opportunities of urban life can come up with improvements that benefit everyone. Examples in cities from Latin America across the globe to Asia show the benefits of greater representation and participation in municipal affairs. Where the excluded have been included in urban planning and decision-making, advancements have followed – in literacy, infrastructure and safety, for example. “The report contains evidence that when you include the poor and marginalized and the voiceless in decision-making processes, which is their right, then everyone benefits,” Mr. Aslam said.