Yesterday, I posted an article titled “Women Education can help to resolve Religious Fundamentalism and Terrorism.” 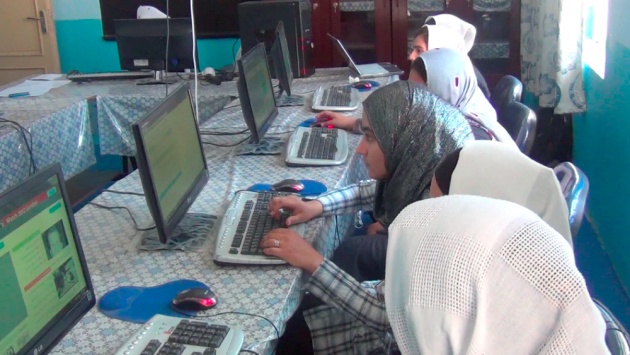 I posted it on Facebook, seeking comments and opinions. My friend Nathan Glaser commented as below with very good points and questions:

“I have a couple of honest questions. I am not an expert with the social family structure over there but aren't women considered property? How would education be a factor when women are so oppressed and their opinions disregarded? Shouldn't the change be reducing the reliance on religion as their societal compass to more of a rule of law society? I guess I don't understand... When a woman can get stoned to death with no repercussions, it really doesn't matter her level of education.”

His points are very valid and I should explain in further details my experience with supporting the construction of Digital Classrooms and Schools in Afghanistan as well as the effect of women's education and empowerment on radical and conservative societies. After interacting with the Afghan society for the last 4 years, I have gathered some good experience.

In 2011, I watched a video by NATO titled “A business Woman in Herat, Afghanistan.” Please see here below the video. This video shade some light on the multi-faceted reality of Afghanistan and how not all women are kept in a Burqa or stoned to death with no repercussions, just like not all people in America live the lifestyle of Kim Kardashian and start a career with a sex tape. This video motivated me to reach out to Roya Mahboob and offer my support for the construction of 13 classrooms that allowed 55,000 high school girls to be educated in Digital Literacy and become Digital Citizens:

Afghanistan, as other countries torn apart by war and ruled by a fanatic regime like the Taliban, is at the forefront of social change. Their family structure can change very rapidly. Digital Citizen Fund allowed 55,000 young women to enter the World Wide Web, become educated Digital Citizens. The vast majority completed high school, some will enter college and get a job or start a company. None of them suffered from any violence that I know of.

Yes, we had to adapt our curriculum to a safe set of education and we can't expect to teach some of the classes that are available in the Western society, but this is definitely a step towards the right direction. To further our work, we also assigned each student the possibility to earn rewards based on the quality of the content they created, so that they can also show financial success to their families and further motivate them to keep them in school and provide that type of freedom necessary to a new society.

My company MTI USA inc. learned from this experience and tailored its new social media platform www.bitLanders.com to the need of those societies providing also avatars to avoid the necessity to publish “face” pictures for both male and female (as Facebook and other social media suggest), the possibility to register anonymously and take part in private chats with other users, along with rewarding them for the quality of their content and social media influence with the BuzzScore and the www.bit-miles.com rewarding system.

Sergio also has a good point and his perspective motivate me to explain what I learned in the last 4 years. Women are indeed perceived differently than in our society, and in many cases can be considered servants and procreators only, but this is not for 100% of the population. It can be for the 99% , or the 70% or the 50%, but in any case, there is a constant evolution of the Afghan society and and other conservative societies, just like it happened in Italy and any other country.

I had the opportunity to interact with many people from Afghanistan, Pakistan, Egypt, Morocco and saw many degrees of intellectual and human rights evolution. Some are and stay role model for society and an important point of reference to other women and men.

What I suggest is to support the women that do have a chance to make a difference, just like Roya Mahboob, Elaha Mahbbob, Fereshteh Forough, and many other women who started foundations, companies and will possibly surpass their male counterparts.

Going back to Paris and the terrible terrorists attacks of last Friday, I want to remind that the “Terrorists” were possibly born and educated in France, a society where women are treated with much respect and empowered to study equally to men. Each one of those terrorists has a mother and possibly sisters and female friends who live within this open society. Those young disenfranchised men, without a clear goal in society, fell prey of a fanatic religious extremism that motivated them to such acts. This is where I see of much use to analyze the demographic of the terrorists and recognize that in 90% of cases, those are young men and not young women. This is why I believe that arming young women with the necessary tools will also arm those men with a second opinion, and possibly induce them to a different perspective in life, even when facing personal issues that could lead them to make bad decisions.

Take two minutes to watch the trailer of the movie Gomorra, shot near the city of Naples, where in 1985 I participated to the Coppa Italia of Judo and where my father and I witnessed a different perspective of Italian and European society, where organized crime enroll young men with a very similar role to what terrorist organizations do.

Here is my simple statistical summary:

50% of the world is made of women, 100% of the world has a mother, 90% of death is wedged by men especially in terrorism, organized crime and violent sport organizations. Can women be more influential to slow down this insanity? Can we arm women with further education, connectivity and financial independence?

I know that foundations like Digital Citizen Fund and companies like BitLanders can't change the world by themselves, but if we all focus on what can give good results, we can all make a difference. Let's support women who can make a difference and be a reliable ally for a better society, motivated by the right intentions! I am a man and know very well the short coming of our gender, machismo, insecurities, recklessness and defiant attitude to death. This is why I enjoy a high strong lifestyle within the parameters of a society where women have power and concern for their families.

I would love to hear the thoughts of Leo Motiuk of AGFAF (Afghan Girls Financial Assistance Fund) and Victoria McColm who lived in Afghanistan for a few years with a very important role in the reconstruction of the country and society. Very relevant will be also to hear the voice of the Afghan women who live the reality of their society and its constant evolution.

Please keep in mind that I am not here to teach what should be done but seeking a constructive solution that can make a difference in the long term and not seek short term revenge and maintain a big gap between our societies.