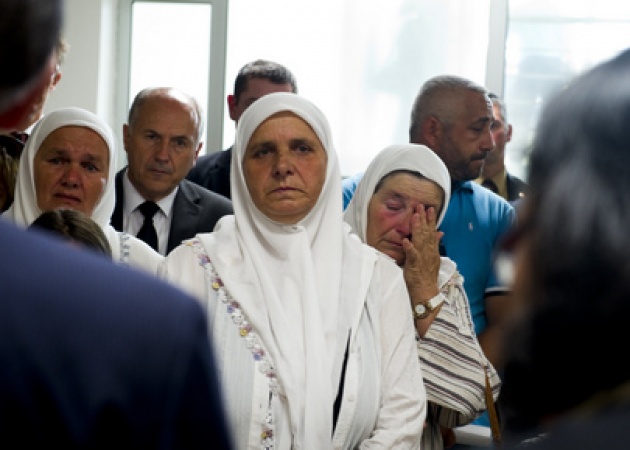 “Six weeks ago, in visiting the memorial at Srebrenica, I said I did not want my successors to apologize years from now for what we failed to do today in Syria.” In this one sentence UNSG Ban Ki-moon connected the failure of the past with the still ongoing calamity of Syria on humanitarian, diplomatic and justice level. While the principled and functional lessons should have been learned from: “The Holocaust, the killing fields of Cambodia, the genocides in Rwanda and Srebrenica, and other large-scale tragedies underlined the failure of individual States to live up to their responsibilities and their obligations under international humanitarian law,” according to the UNSG, the current unaddressed tragedy and crimes in Syria along with the previously mentioned, “events also raised troubling questions about the will and capacity of the international community to protect populations from genocide, war crimes, ethnic cleansing and crimes against humanity, as well as their incitement.” 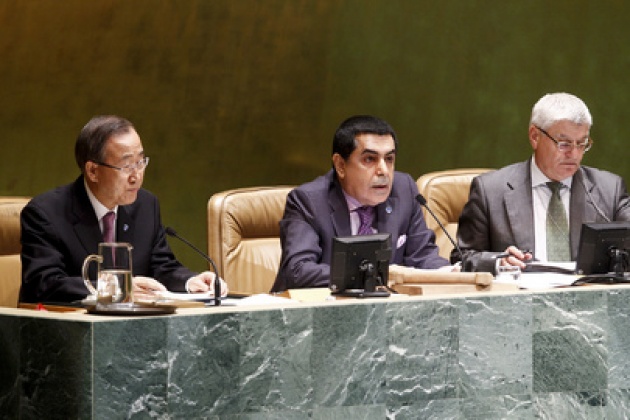 Acting Upon Responsibility to Protect Decisively and Timely – “Never Again”?

UNSG Ban Ki-moon was speaking during an “informal” UN General Assembly Conference on R2P or Responsibility to Protect: “Never again” is the oft-heard cry.  But I am haunted by the fear that we do not live up to this call. The responsibility to protect is a concept whose time has come.  For too many millions of victims, it should have come much earlier. The dialogues we have held since 2009 have broadened the basis for consensus and provided valuable insights about the three pillars of the responsibility to protect – the connections among them and the links between prevention and response. We have agreed that the concept does not stand in contradiction to state sovereignty.  Rather, it reaffirms sovereignty as a positive responsibility in which Governments are meant to protect their populations.

“We have recognized that States must help each other to meet the protection challenge.  International cooperation can play a crucial role in building up a state’s capacity to address tensions, inequalities, discrimination and other precursors of atrocity crimes.And we have welcomed the clarity the concept has brought to the question of who should act, and when: in the first instance, states; but also, where circumstances dictate, the international community – and in particular the Security Council.

“This year, we focus on timely and decisive response – on what we, as a community of conscience sworn to uphold the UN Charter, should do when a State manifestly fails to protect its people. This is the ultimate test of the responsibility to protect.” 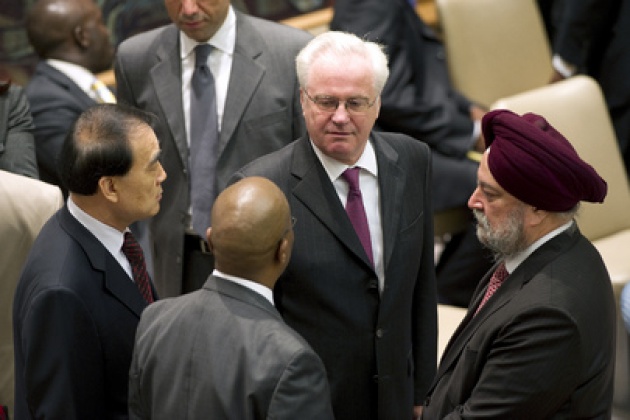 Is Syria, Sudan, Mali etc Held Hostage by Politics of Past?

In a well situated discussion the UNSG asked and challenged the UN Security Council not to be swamped by the politics of the past, particularly as the crisis weave into a vicious cycle: “Security Council resolutions on Libya and Yemen referred explicitly to the concept.  General Assembly resolutions have cited the responsibility to protect with regard to Syria, and the Human Rights Council has done so on Syria and Libya. The High Commissioner for Human Rights and the two Special Advisers have issued statements calling for compliance with the responsibility to protect in Cote d’Ivoire, Guinea, Kyrgyzstan, Libya, South Sudan, Sudan, Syria, Yemen and the Democratic Republic of the Congo. I, too, have sounded the alarm.

“There have been important successes: the defense of democracy in Cote d’Ivoire, the protection for Libyans facing massive violence. But the aftermath of these undertakings has turned problematic.  Some states have said some of the steps exceeded the resolutions’ intent, and have been hesitant to venture down that path again. There was a good reason to believe that the pendulum was swinging decisively in the direction of greater protection. In seeking better means for implementing our individual and collective responsibilities, we must be sure not to undo all the progress that has been achieved. We must move forward. We cannot allow vulnerable populations today to be held hostage to disagreements about the past.” Read our Blog for Film: "Diplomats for Human Shields in Syria" 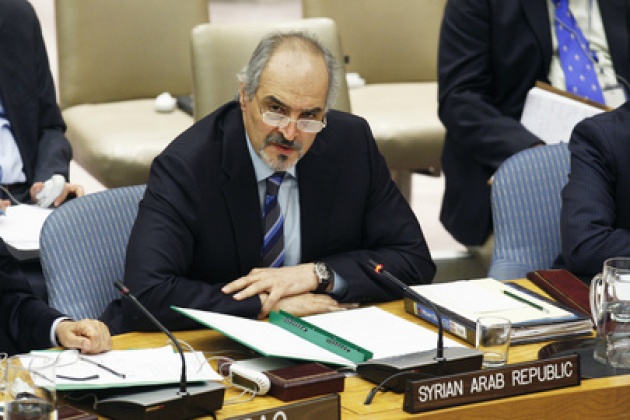 The UNSG in effect provided a rather concise but comprehensive criteria analysis for R2P but also its various interpretations and arguments: “There have been disagreements on the oversight of implementation measures, differences over the interpretation of Security Council resolutions, and dismay at the loss of innocent lives in operations undertaken to protect populations. The concept of “responsibility while protecting” introduced by the Government of Brazil is thus a welcome initiative. There should be no misuse of the responsibility to protect.  But fears of its possible misuse should not inhibit us in the face of incitement and grave violence.

“There are also concerns about a tendency to see the responsibility to protect and the protection of civilians in armed conflict as one and the same.  While the two concepts share elements, there are fundamental differences. The protection of civilians agenda relates to violations of international humanitarian law and human rights law in situations of armed conflict.

“The responsibility to protect is limited to four of the most egregious and violent crimes. They are genocide, crimes against humanity, war crimes and ethnic cleansing.  With the exception of war crimes, these may occur in situations other than armed conflict. 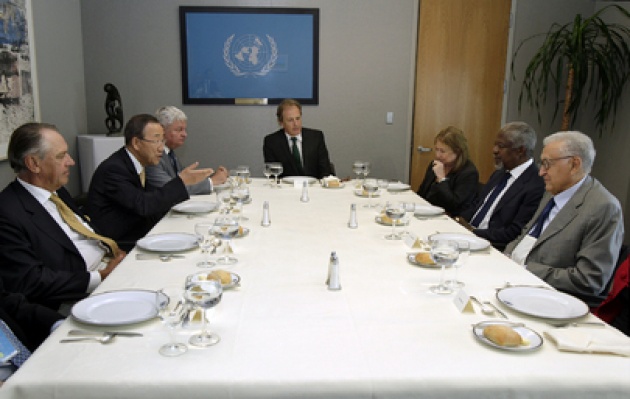 Syria has Transformed into the Defining Moment?

The UNSG came back to his Syria focus as he concluded his remarks today (in a week full of indecisive and directionless debates/discussions on Syria at the UN Security Council, UN General Assembly and behind the scenes: “In January, I underscored that Syria was a critical test of our will and capacity to implement the responsibility to protect.  In the ensuing eight months, we have seen the immense human cost of failing to protect. Six weeks ago, in visiting the memorial at Srebrenica, I said I did not want my successors to apologize years from now for what we failed to do today in Syria.“ It was also critical that in the context of victims of genocide in all of Bosnia & Herzegovina, the UNSG referred to Srebrenica as “genocide”. See our previous Blog: “Will UNSG Ban Ki-moon in Srebrenica Use Term “genocide?".

“I commend the General Assembly for its proactive response to the Syrian crisis. It has shown that, while moments of unity in the Security Council have been few and far between, the rest of the world body need not be silent. We cannot look the other way while the increasing sectarian violence spirals out of control, the humanitarian emergency escalates, and the crisis spills over borders. And indeed the UN family is doing everything it can on the ground to help those fleeing from the violence.  Our observer mission, while it was in Syria, sought to gather reliable, real-time information about events so that nobody can claim they did not know. But these efforts will not avert the worst if they are not accompanied by action by influential governments to find a political solution. (We are still awaiting referral of Syria to the International Criminal Court). 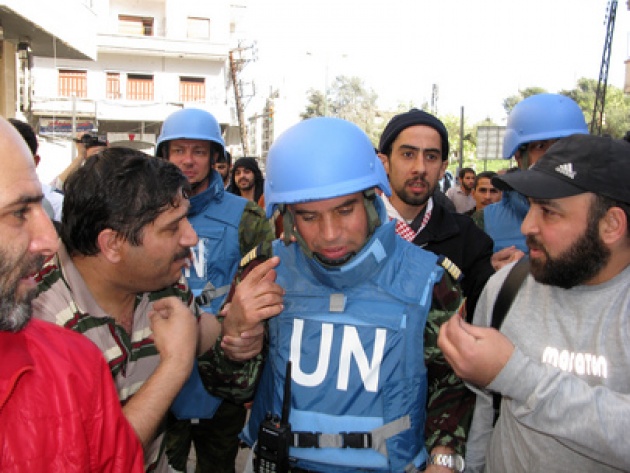 “The Council’s paralysis does the Syrian people harm.  It also damages its own credibility and weakens a concept that was adopted with such hope and expectations. Let us by all means continue to talk through the responsibility to protect in all its aspects.  Each year we achieve greater precision and common understanding. But let us recognize that we face an urgent test here and now. Words must become deeds.  Promise must become practice. Read our Blog for Film: “In Syria Invoking R2P”

“You have all seen the horrible images and reports coming out of Syria.  Aerial bombardments of civilians.  Mothers weeping, clutching their dead children in their arms. Inaction cannot be an option for our community of nations. We cannot stand by while populations fall victim to these grave crimes and violations. We must uphold the core responsibilities of the United Nations.” See our Film for Blog: "Turkey Proposes Syria Safe Zones/Corridors". 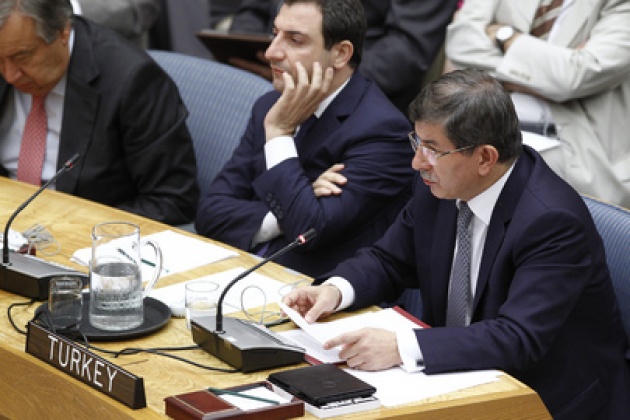 Link to Full Statement of UNSG on R2P -