As a fan of David Cronenberg’s work, I can honestly say that Cosmopolis (2012) blew me away. But for all the wrong reasons.

Starring Robert Pattinson (The Twilight Saga), adapted from the novel by Don DeLillo, and written for the screen and directed by David Cronenberg, Cosmopolis seemingly has a lot to offer. That’s not to mention that the score is by none other than the esteemed Howard Shore, and the cinematography is by Peter Suschitzky (Mars Attacks, Dead Ringers).

But, sadly, the talent is mostly wasted here, as Cosmopolis is an irritating, woefully pretentious, stagey, self-indulgent piece of work, with Cronenberg misfiring on all counts, starting from the risible, plastic dialogue, to the stiff, boring performances.

Although Pattinson and Paul Giamatti acquit themselves admirably, considering the material, the rest of the stellar cast (including Juliette Binoche and Samantha Morton) muddles through incomprehensible “philosophical” dialogue about the fiscal value of time and dead rats as the currency of the future!

To me, David Cronenberg will always be the stylish, original filmmaker of such classics as The Fly, Crash, The Dead Zone, Scanners, Videodrome, and many others. But Cosmopolis is the product of Cronenberg the “artiste”, the maker of films aimed at critics and festivals, not the audience. 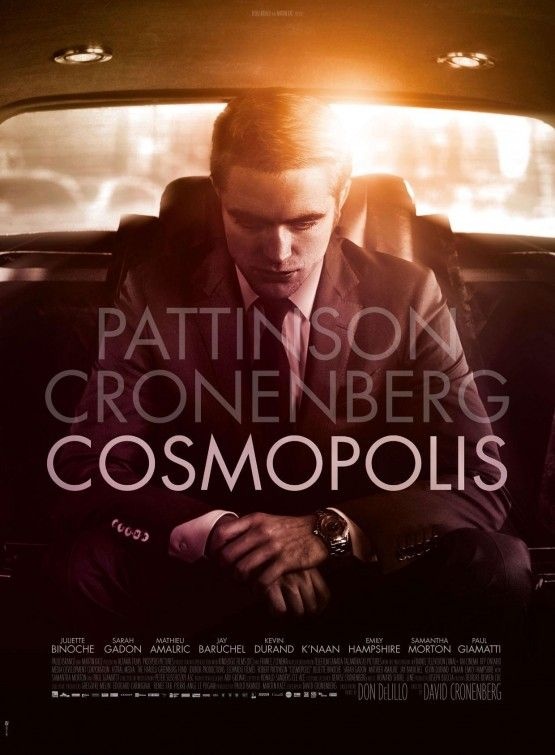