REVIEW: THE NINTH CONFIGURATION (1980): The Exorcist Sequel You Didn't Know About

The Ninth Configuration (1980) is one of the strangest films you’re ever likely to see. Written and Directed by William Peter Blatty, the author of the novel The Exorcist and the screenplay of the film adaptation, this is a film that defies categorization, and is designed to polarize audiences.

The wild plot includes an asylum for Vietnam war veterans, patients posing as doctors, an astronaut with a crisis of faith, and Shakespeare plays performed entirely by a cast of dogs! Amid all the madness, there are conversations about God, faith, and the nature of evil.

Blatty, whose screenplay is based on his 1966 novel Twinkle, Twinkle, Killer Kane, is all over the place. As the film starts as a black comedy, shifts gears into a Bergman-esque meditation on the existence of God, and finally becomes a dark, somber metaphysical thriller. Blatty considers this the true first sequel to The Exorcist (1973), as the film features the astronaut Custshaw, a character mentioned in that seminal horror film (the scene where Regan, the possessed girl, says to the unnamed astronaut that he’s “going to die up there”), and both films have the same obsessions about the nature of faith and the eternal battle between good and evil.

But Blatty doesn’t entirely succeed in realizing all his stupendous ambitions, as the film occasionally meanders, becoming a self-indulgent, incoherent story, while the oppressive, glum tone of the film is ultimately wearying. But there is no doubt that this is a daring piece of filmmaking, with some truly haunting visuals, terrific performances, and a sense of existential, cosmic torment that is uniquely powerful.

A film not for everyone, but anyone who watches it will probably never forget it. 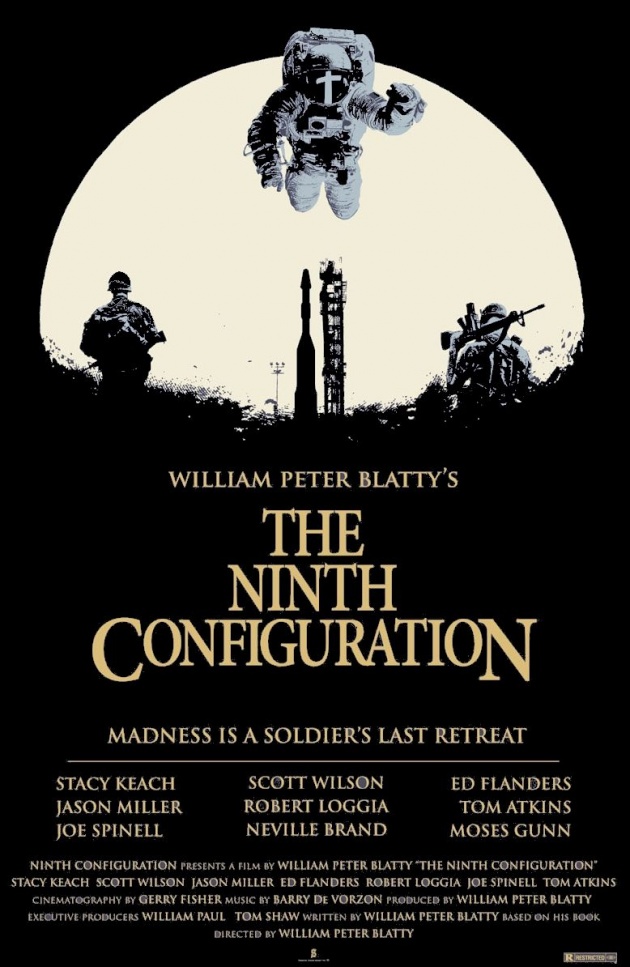