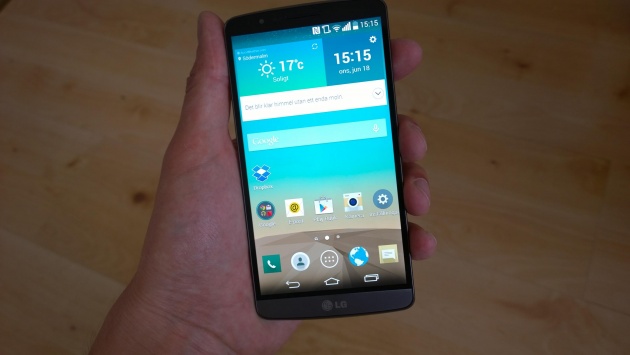 The flagship LG G3 has come in for testing, and we have looked at a few of the more interesting features.

Already at the launch in London when LG G3 was first presented, we could test the mobile phone, but it is, of course, easier to get a view of the smartphone when we have it here with us.

One thing that has changed is, that we can now see the smartphone running at a good speed. The test specimens that were at the launch and were available for the journalists, were filled with free apps, something which LG has avoided in the LG G3. The fact is that the smartphone LG G3 is liberating from unnecessary free apps.

A small number of additional apps are with, and among them, we find the view Office-documents, McAfee Security and cloud service Box. Also, the user interface is noticeably simpler in its setup - something we already observed at the launch. 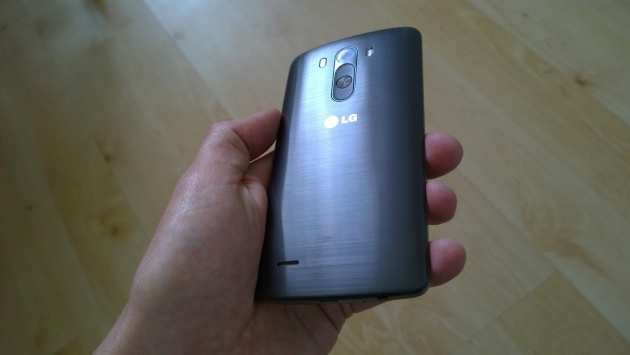 The specifications in LG G3 have been changed from any earlier editions. It is decided that the LG G3 which is coming to Denmark soon, will have wireless charging integrated from the start, which means that the smartphone compared at the launch will be 04.mm thicker and 4.7 gram heavier. It still feels both lightweight and easy grip, thanks to the rounded shape.

Another function which LG featured at the presentation of the mobile was Smart Notice - a function which, for example, could tell you whether you need an umbrella during the day and also help you to get more from the phone and its features. This is, of course, a feature which you can judge only after a prolonged usage.

After one day, the function only informed me that the weather is fine, and gave me instructions three times that "explore the brand new features of the phone".

The two most interesting features of the LG G3 is probably the high resolution screen and camera, which of course has special laser feature to make autofocus faster. This feature is truely an amazing work by Sungmin Woo, the Senior Research Engineer at LG Mobile with special responsibility for particular laser and technology behind it.


Back then, he told that the laser had a maximum range of 60 centimeters, a surprising fact, however, he insisted that if we had understood it correctly or not (He was being naughty, I guess!). The European Marketing Manager for LG distanced himself from when we asked him to comment on the claim.


The camera is what drives the most people towards LG G3, and without yet being quite clear about exactly how the laser works and what limitations it has, it can be observed that the camera is really good to take extreme close-ups.

What do you think about a laser to liven up the camera's autofocus? Is the slow autofocus something that annoys you in your current smartphone? Well, I think this will be your ultimate buy if you think so. Please add a comment below to let me know if this was helpful.