REVIEW:TO LIVE AND DIE IN L.A.: An Underrated 80's Thriller With Plenty to Offer

William Friedkin (The French Connection, The Exorcist) is a master of sensory attack. His movies are loud, visually frenetic, and his characters are always on the edge of moral and physical collapse. One of the best films to embody all these aspects of Friedkin’s cinematic obsessions is To Live And Die in L.A. (1985).

The film revolves around two Secret Service agents, one a daredevil with flexible scruples, the other a go-by-the-book straight-shooter, who embark on a dangerous journey to apprehend an elusive and sadistic counterfeiter.

Although on the surface the plot and the characters seem to be nothing special, as the film progresses, we discover that Friedkin has a few surprises up his sleeve, including a couple of clever plot twists, and a shocking, unpredictable ending.

What prevents the film from becoming another William Friedkin masterpiece, however, are a couple of things. Firstly, William Petersen, though a great actor, is miscast in the lead role, not entirely succeeding in carrying the weight of his unsympathetic lead character. Secondly, the synth score by Wang Chung dates the film badly and is occasionally grating. And, most important, despite the almost two hour running time, the film’s pace is uneven, with the first half being too slow, while the second half moving too fast,  robbing some of the characters the time they need to mature and their actions to make sense.

But, flaws and all, To Live And Die in L.A. is still an underrated 80’s gem, energetically directed by William Friedkin, and filled with a gloomy yet mesmerizing atmosphere. Highly Recommeded. 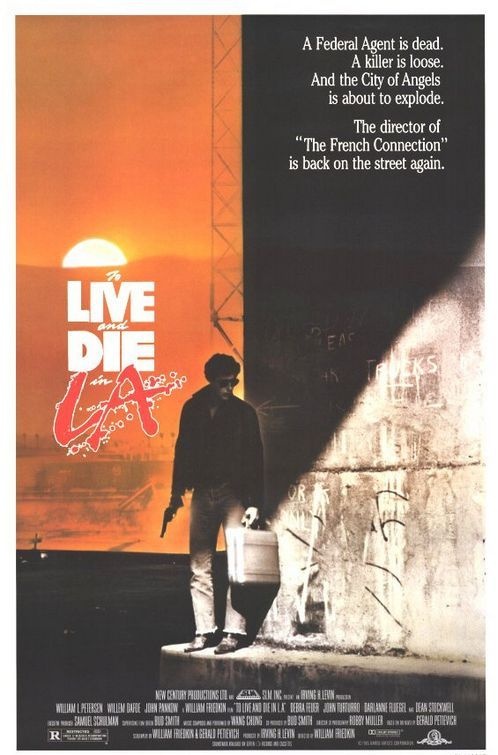